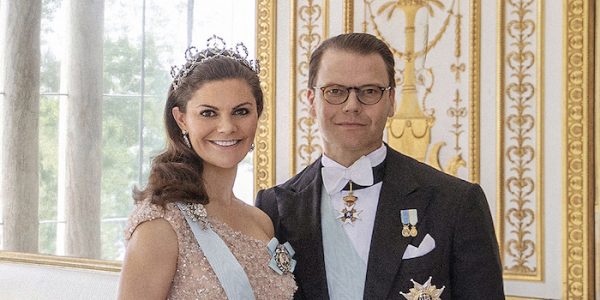 Crown Princess Victoria of Sweden married Daniel Westling 10 years ago today, on June 19, 2010. Wow! Ten years on, Victoria and Prince Daniel have a good string of events and initiatives under their belts, as well as two lovely children: Princess Estelle and Prince Oscar. To celebrate their ten year anniversary, the royal court […] 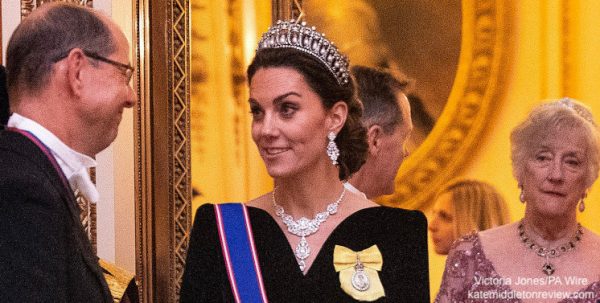 For my Year in Review of The Duchess of Cambridge‘s 2019 fashion, I’m doing something a little differently to past years: a best and worst review of Kate’s fashion, featuring the best 5 and worst 5 outfits of 2019. I did this style round up for Meghan’s 2019 fashion and I liked it, so I […] 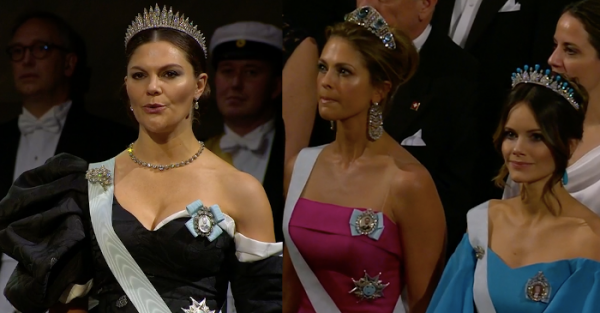 One of my favorite royal events of the year is the Nobel Prize Ceremony held in Stockholm every year on December 10. There are so many tiaras and gowns and the Swedish Royal Family always bring it for this event, and there are usually a few surprises thrown in. This year is no different. Crown […]

King Carl XVI Gustaf‘s dinner for the Nobel Laureates was held last night, December 11, at the Royal Palace in Stockholm. Unlike the Nobel Banquet (which is put on by the Nobel committee) the Laureates dinner is hosted by the King – a tradition dating from 1904 when King Oscar II implemented a separate gala […]

I have not been keeping up with Queen Maxima‘s schedule, so I was delightedly surprised for these photos of Maxima attending a State Banquet in Portugal to come across my Twitter feed last week. I’m also including photos of Maxima’s other outfits during the State Visit.

Last night, May 9, King Harald and Queen Sonja of Norway held a joint 80th birthday dinner at the Royal Palace in Oslo – their birthdays are February 21 (for Harald) and July 4 (for Sonja). A truck load of Norwegian and foreign royals attended including crowd favorites Crown Princess Victoria, Queen Maxima, and The […]

The Representationsmiddag, or Official Dinner, was held on Thursday night, March 23, in Stockholm at the Royal Palace. After announcing they are expecting their second child earlier in the day, Prince Carl Philip and Princess Sofia joined King Carl XVI Gustaf, Queen Silvia, Crown Princess Victoria, and Prince Daniel for the tiara-filled event.

I covered Princess Madeleine at the Nobels last week, so let’s continue our look back at past Nobel Prize Ceremonies with a walk through Crown Princess Victoria‘s past appearances.

Prince Alexander‘s Christening was yesterday, September 9, at the Royal Chapel at Drottningholm Palace in Stockholm. If you haven’t watched the ceremony yet and would like to do so, you can view it here. With all the royal children in attendance, there were a lot of Swedish royals: King Carl XVI Gustaf, Queen Silvia, Crown […]