Prince Edward and Sophie, Countess of Wessex took a four day tour of Canada this week. They arrived in Toronto on June 21. Sophie wore a pink Issa dress, a black jacket, and Heavenly Necklaces “Gold Pearl and Large Starfish Earring” (£48.00).

On June 24, Sophie attended the opening of Light Horse Park in Old Strathcoma, Edmonton. She wore a white jacket over an Erdem floral dress. Sophie gave a speech.

Because I know some of you are interested in how much Sophie spends on clothes, most of her clothes for this tour were repeats, but she debuted a new Victoria Beckham black curve neck pencil dress at the Globe Theatre Gala on June 22. The dress costs $2,395.

Go here, here, here, and here to see Anna’s coverage of Sophie’s tour over at the Countess of Wessex blog.

In the evening of June 22, the Luxembourg Ducal Family gathered for a Torchlight Procession before watching a firework display.

In the morning on June 23, the Luxembourg Ducal Family attended an official ceremony at the Philharmonie. The family were joined by members of the government, representatives of the judiciary, and the diplomatic corps.

In the afternoon, the Grand Ducal Family attended a Te Deum at the Notre-Dame Cathedral.

Stephanie wore a blue lace dress from Valentino, and Claire wore a purple French embroidered dress from Vilshenko (was $2,185, currently $874). 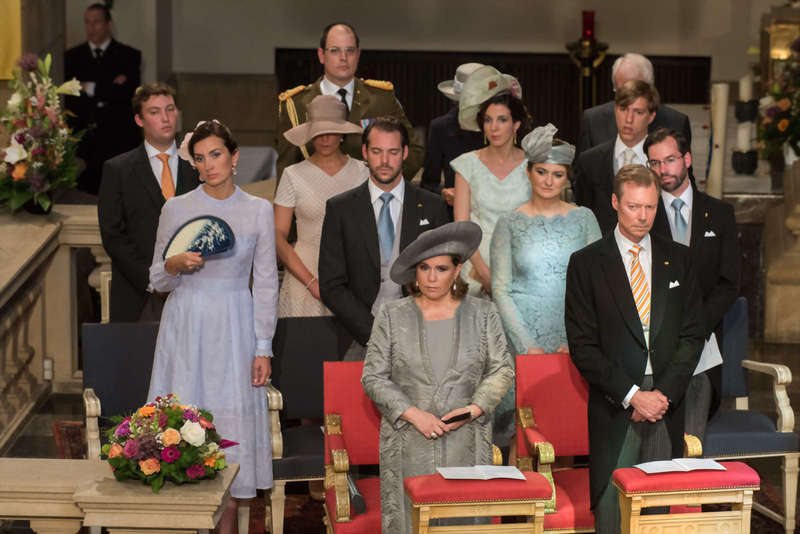 In the evening of June 23, the Grand Ducal Family attended a gala reception for members of the government and diplomatic corps.

Maria Teresa wore the Elie Saab gown she wore to Crown Princess Victoria’s wedding in 2010 along with the Belgian Scroll Tiara.

Stephanie wore a Paule Ka draped back gown ($1,260) and the Diamond Butterfly Tiara which she debuted in 2014.

Tessy wore a Marcin Lobacz gown in the Luxembourg colors with matching orange shoes, and the Diamond Vine Leaves Tiara for the first time.

Here’s a gallery of photos from the gala over at Rex with close ups of the tiaras. 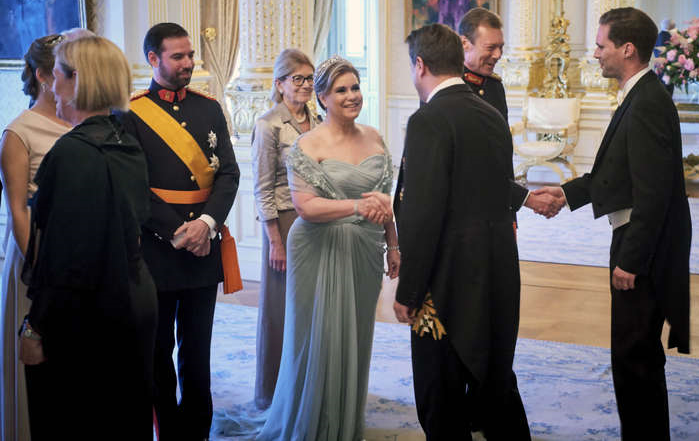 The Royal Family of Norway were in Trondheim, Norway for the Royal Silver Jubilee Tour. The Vilshenko dress was worn to a garden party.