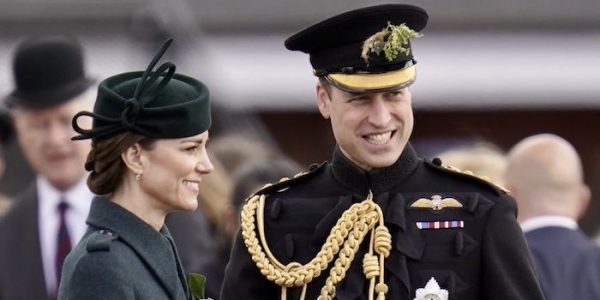 Prince William and The Duchess of Cambridge joined the 1st Battalion Irish Guards for St. Patrick’s Day today, March 17, at Aldershot where Kate handed out shamrocks. William is Colonel of the Regiment for the Irish Guards. Embed from Getty Images This is the first in-person St. Patrick’s Day parade in two years, as this […] 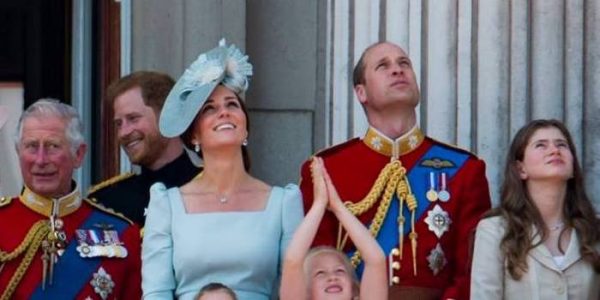 Today, June 13, is Trooping the Color. Trooping the Color has always been a highlight of the royal calendar, for me, because we get to see everyone together and it’s one of the rare opportunities to see the littlest royals. This year, a small Trooping ceremony was held at Windsor Castle, with only The Queen […]

Kate Middleton and Prince William, along with Prince Harry, joined The Queen, Prince Philip, and other members of the royal family yesterday, March 9, for a Service of Dedication at Horse Guards Parade to honor the men and women who served during the Gulf War and conflicts in Iraq and Afghanistan. The Queen then unveiled […]

Prince William and Kate Middleton arrived in Victoria, Canada on September 24 with their children, Prince George and Princess Charlotte, in tow to kick off their Royal Tour.

For their second day in France commemorating the 100th anniversary of the Battle of the Somme, yesterday July 1, Prince William, Kate Middleton, and Prince Harry joined Prince Charles and Camilla, Duchess of Cornwall, British Prime Minister (?) David Cameron, and French President Francois Hollande to open the new Thiepval Memorial Museum and honor those […]

Prince William, Kate Middleton, and Prince Harry were in France yesterday, June 30, to commemorate the 100th anniversary of the Battle of the Somme at the Thiepval Memorial.

After stopping by the US Embassy to sign the book of condolence, Prince William and Kate Middleton – known as Baron and Baroness Carrickfergus when in Ireland – traveled to Belfast, Northern Ireland yesterday, June 14, to attend the Secretary of State for Northern Ireland’s annual Garden party at Hillsborough Castle.

There isn’t much to talk about with Order of the Garter except history and who attended – especially this year since the parade got rained out – so I’m going in with fashion first since I was so darn excited when I saw photos from this event. I put it right there in the title: […]

Prince William, former RAF S&R pilot, and Kate Middleton, Duchess of Cambridge, made the trek (by helicopter, of course) back to Anglesey, Wales yesterday for the RAF Force Disbandment Parade marking the end of RAF opperations.

Happy Sunday (or Monday – sup New Zealand)! Kate finally made an official appearance that wasn’t a church/memorial service the Queen dragged her to – yay!? It’s been a week shy of two months since Kate worked last, on December 16, and for her first official appearance of 2016 she can already check off one […]