After stopping by the US Embassy to sign the book of condolence, Prince William and Kate Middleton – known as Baron and Baroness Carrickfergus when in Ireland – traveled to Belfast, Northern Ireland yesterday, June 14, to attend the Secretary of State for Northern Ireland’s annual Garden party at Hillsborough Castle. 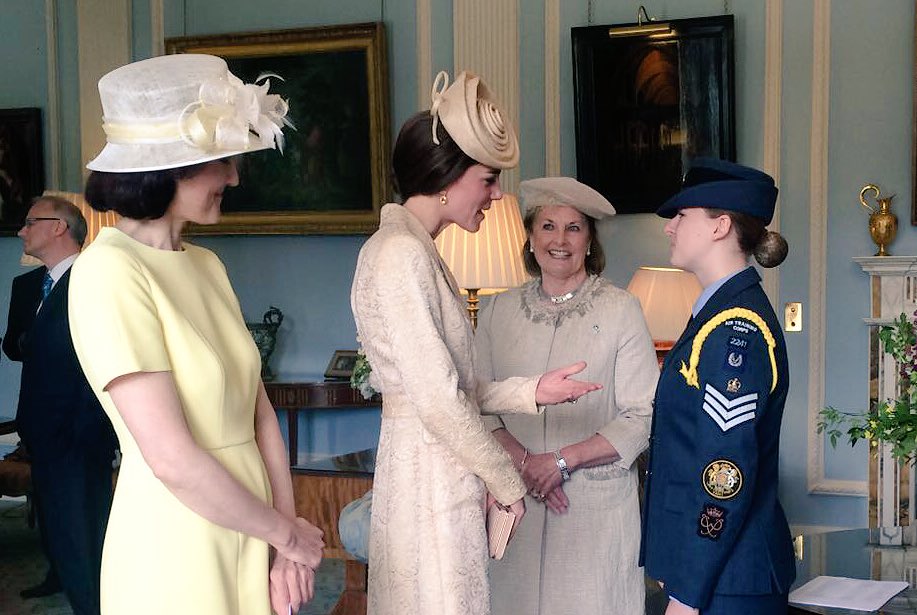 The Secretary of State for Northern Ireland has hosted this event annually since 1984 with around 2,500 guests – drawn from a wide cross-section of Northern Ireland society, including the voluntary and community sectors, local charities, youth organisations, and wider civil society – invited each year. A royal attends every year. Last year Edward and Sophie attended, and the year before that the Queen and Philip attended.

William and Kate planted a tree to mark their visit.

William and Kate mingled with guests. 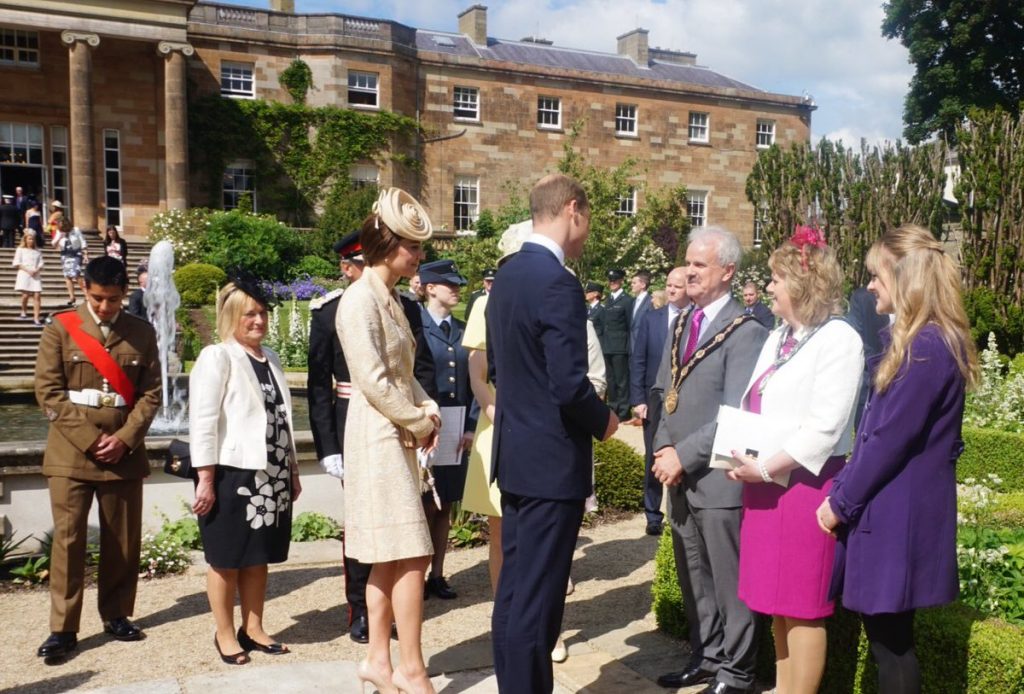 Kate repeated a nude brocade coat from Day Birger et Mikkelsen which she has worn five times now. She first wore this dress in 2006 to the wedding of Laura Parker Bowles, then wore it again to a friend’s wedding in 2010, wore it to Zara Phillips’ wedding in 2011, and to the Paralympics opening ceremony in 2012.

Here is a collage of Kate in all the wearings of this coat.

This time she wore her LK Bennett nude Fern pumps and carried the Nina clutch – blah.

Kate paired the coat with a new hat from Lock & Company – a bespoke version of the “Morning Rose perching hat” (£645.00). I want to pour icing on it and eat it like a cinnamon roll.

Anything to do with Ireland or Irish Guards brings out this royal heirloom Cartier gold shamrock brooch. I love it when Kate wears a brooch.

Kate debuted yet another pair of Kikis – the Kiki McDonough “Eden Diamond Flower and Lemon Quartz Drop Earrings” (£2,900.00), though Kate’s look to be a custom pair with citrines instead of lemon quartz. I’m pretty sure I could fill an entire post just running though all of Kate’s Kikis.

Underneath the coat, Kate wore a champagne lace dress by Collette Dinnigan which also dates from 2006.

This is the fifth wearing of this dress, too. The dress was previously worn to the 2006 wedding of Laura Parker Bowles, the 2007 book launch of “The Young Stalin”, a friend’s wedding in 2010, and the 2011 wedding of Zara Phillips.

According to Emily Andrews at The Sun, William and Kate will make their Ascot debut today, June 15.