Prior to flying to Northern Ireland for a garden party, William and Kate stopped by the US Embassy in London to sign a book of condolence. In his message that both he and Kate signed, William wrote: “With our deepest condolences and with our thoughts and prayers to all those affected.”

Over in Spain, Felipe and Letizia visited the US Embassy in Madrid to sign a book of condolence for the victims. Their message reads:

“Deeply shocked by the attack in Orlando, Florida, we share the pain of the Government and People of the United States to so much death and injury so great that they have suffered; an attack against life, peaceful coexistence and values ​​of democracy.

“The unity and cooperation will always be the best way for those who want peace, democracy and respect for human rights we manage to overcome terror and any form of totalitarian ideology.

“All our affection and solidarity, especially for the victims and their families.” 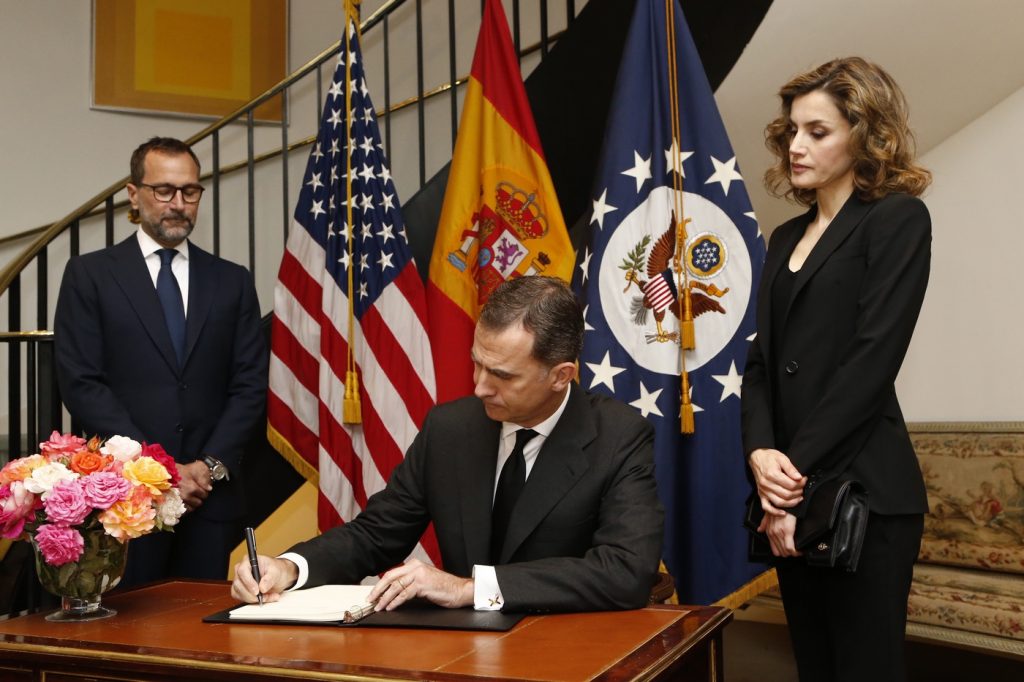 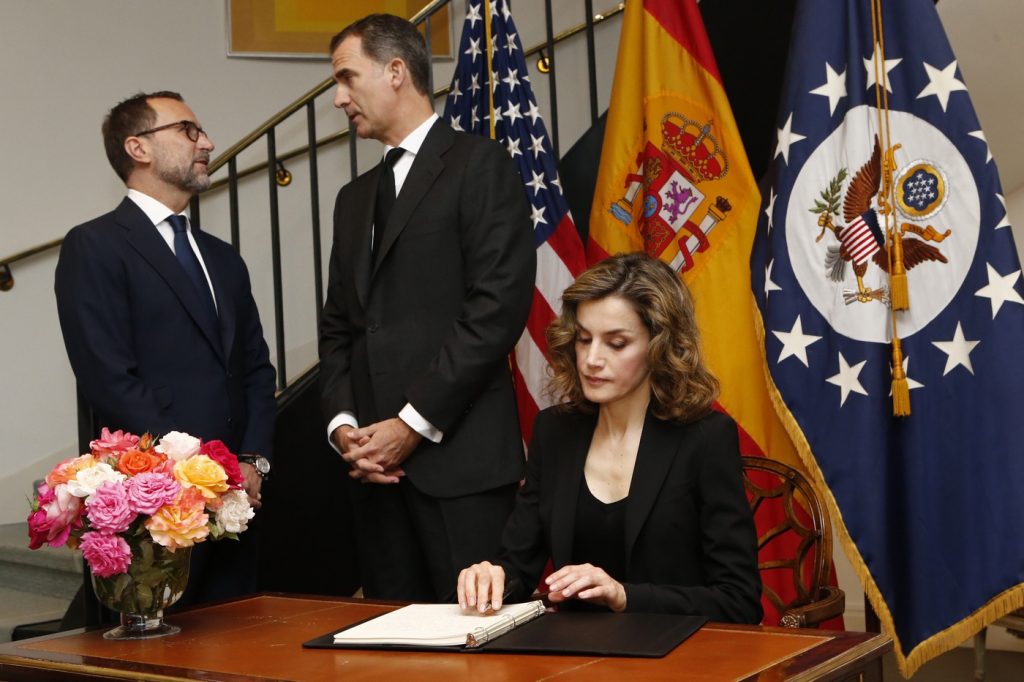 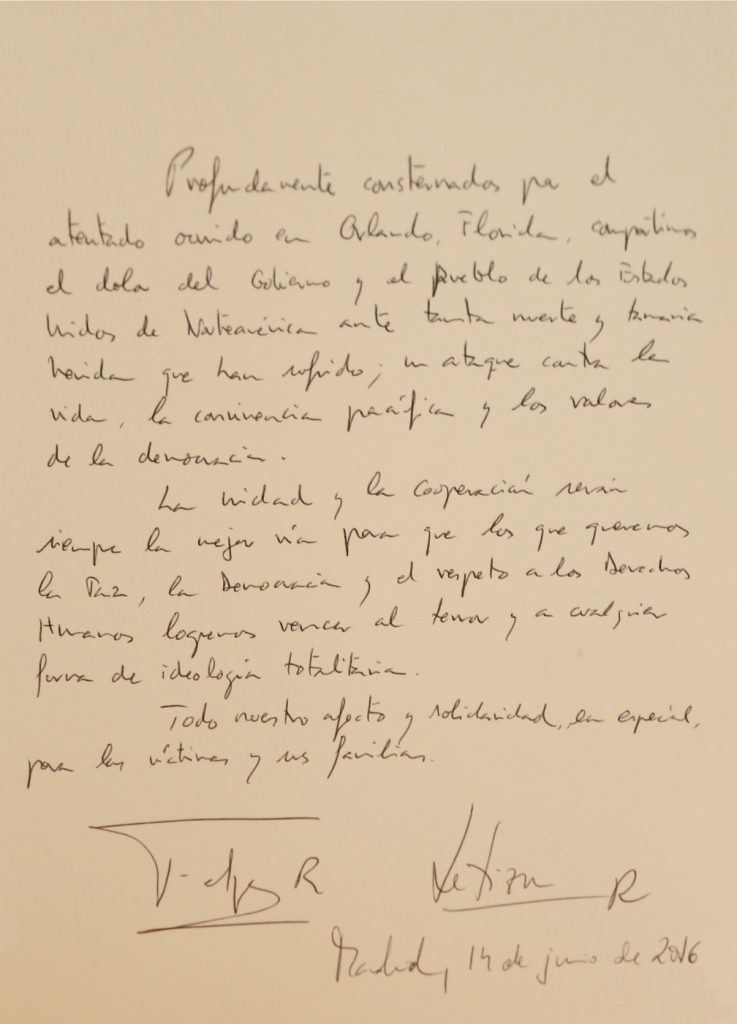 Prince Charles and Camilla, Duchess of Cornwall signed the virtual book of condolence for the victims of the shooting. Their message reads: “Our hearts go out to all of those who have lost loved ones and to those who have been injured in this unspeakably barbaric attack. You are in our special prayers.” 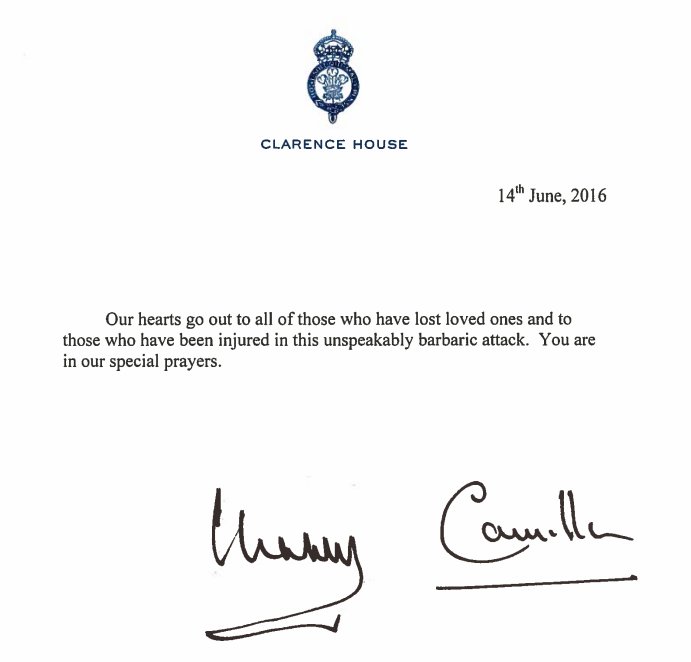 King Carl XVI Gustaf of Sweden sent this message to President Obama: “With profound sadness I have received information of the tragic and brutal event in Orlando. Together with The Royal Family I extend our sincere condolences and our heartfelt sympathies to the families of the victims and to the American people.”

And Queen Margrethe sent this to Obama: “Mr President, I was deeply shocked to learn about the tragic and terrible events in Orlando early Sunday morning and express my most sincere condolences and sympathy to you and the American people. My thoughts are with the families and friends of the victims.”

Queen Elizabeth sent this: “Prince Philip & I have been shocked by the events in Orlando. Our thoughts & prayers are with all those who have been affected”

Prince Albert of Monaco sent this:

“Mister President, I learned with consternation the heinous massacre in Orlando. I bow before the memory of the victims, the grief of their families, the sufferings of the wounded. Hate will be defeated. Mister President, please accept the assurances of my deep sadness and of my highest consideration.” 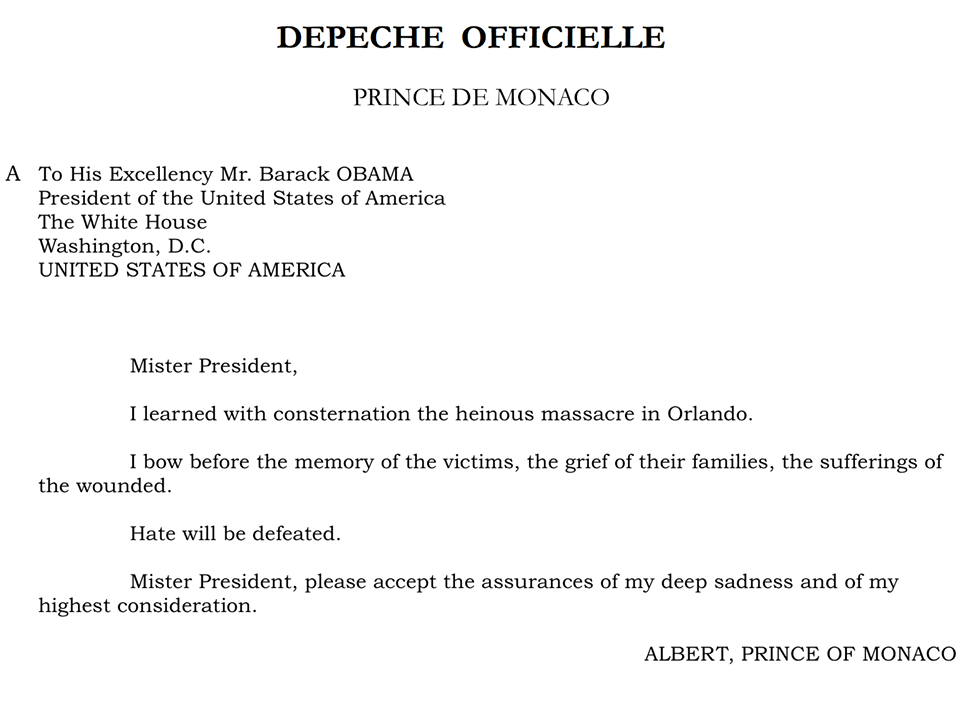