Prince William, Kate Middleton, and Prince Harry were in France yesterday, June 30, to commemorate the 100th anniversary of the Battle of the Somme at the Thiepval Memorial.

The Battle of the Somme took place during the First World War from July 1-November 18, 1916 between the French and British Empire and the German Empire. The Battle was fought on the upper reaches of the River Somme in France. More than one million men were wounded or killed at Somme, making it one of the bloodiest battles in history and the largest battle of WWI on the Western Front. The Battle of the Somme saw the tank used in combat for the first time. 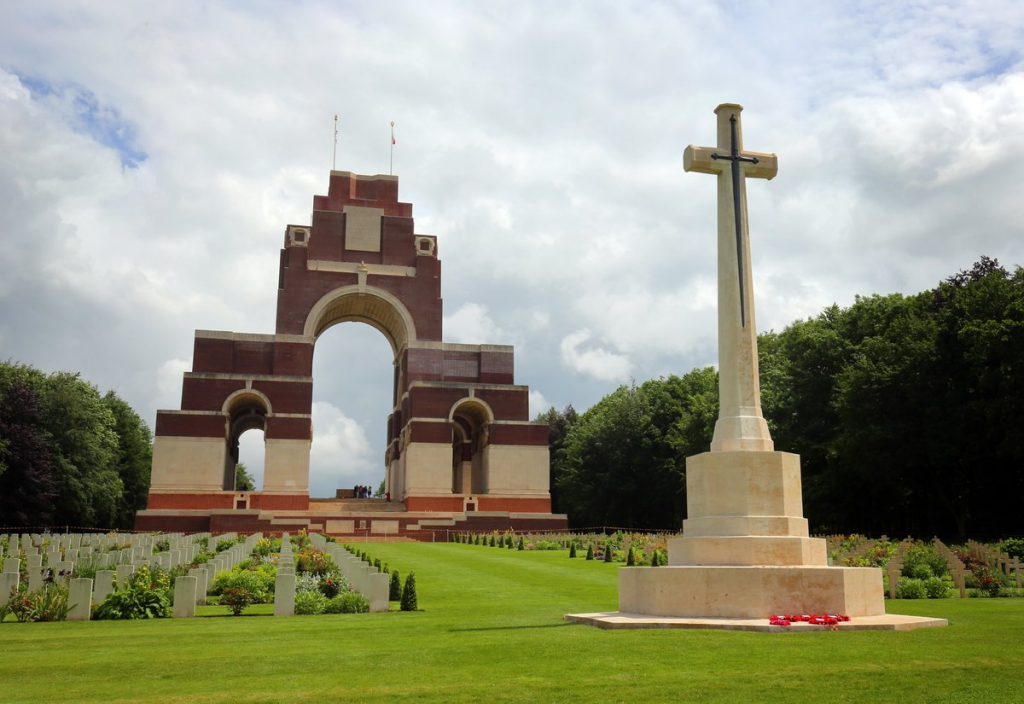 The Thiepval Memorial to the Missing of the Somme is a war memorial for over 72,000 missing British and South African soldiers with no known grave who died during the Battle of the Somme. The Memorial was designed by Sir Edwin Lutyens (who also designed The Cenotaph, at Whitehall, and India Gate, in New Delhi which William and Kate visited back in April) and inaugurated on August 1, 1932 by the then-Prince of Wales, later King Edward VIII. 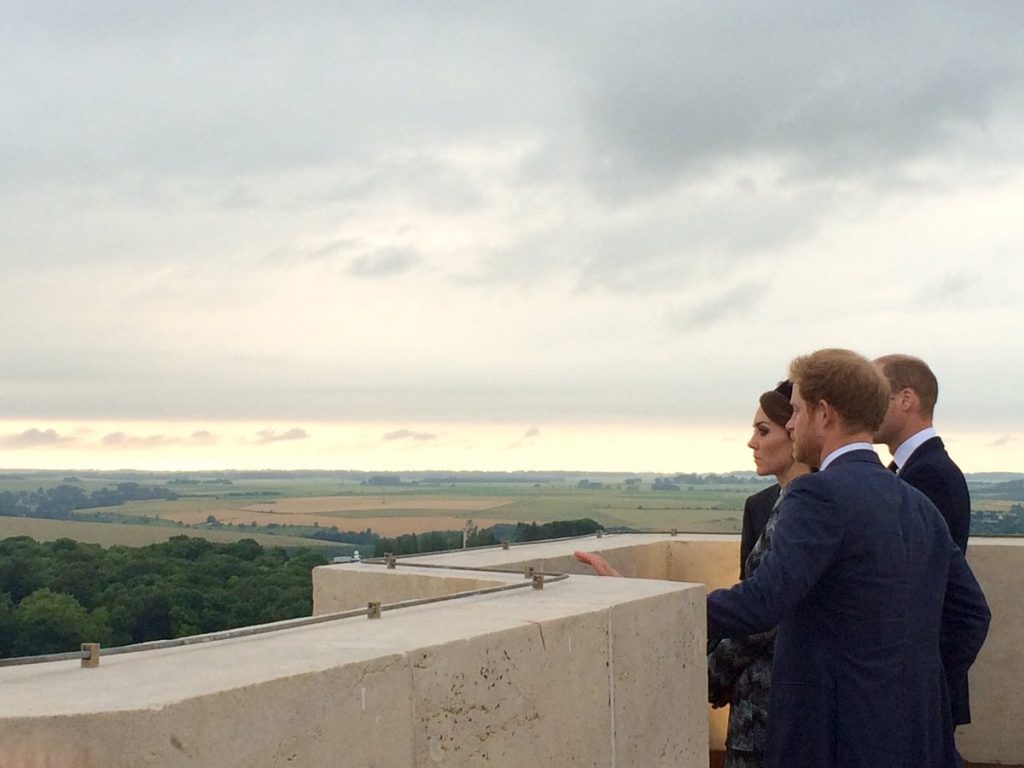 As part of their day, the Duke and Duchess of Cambridge and Harry climbed to the top of the Thiepval Memorial where they viewed the battle fields and heard a briefing about the Battle from Glyn Prysor, Chief Historian at the Commonwealth War Graves Commission. 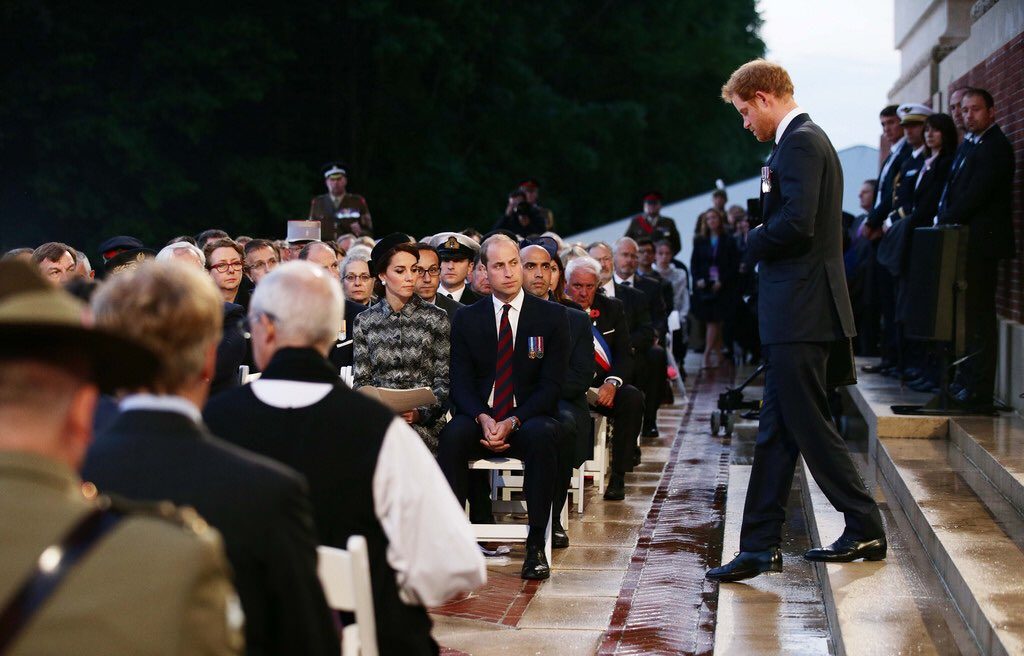 After their briefing, William, Kate, and Harry took part in a vigil to commemorate the Somme centenary.

William gave a reading of words written by Sebastian Faulks for the occasion, part of which read: “We lost the flower of a generation; and in the years to come it sometimes seemed that with them a sense of vital optimism had disappeared for ever from British life. It was in many ways the saddest day in the long story of our nation.” 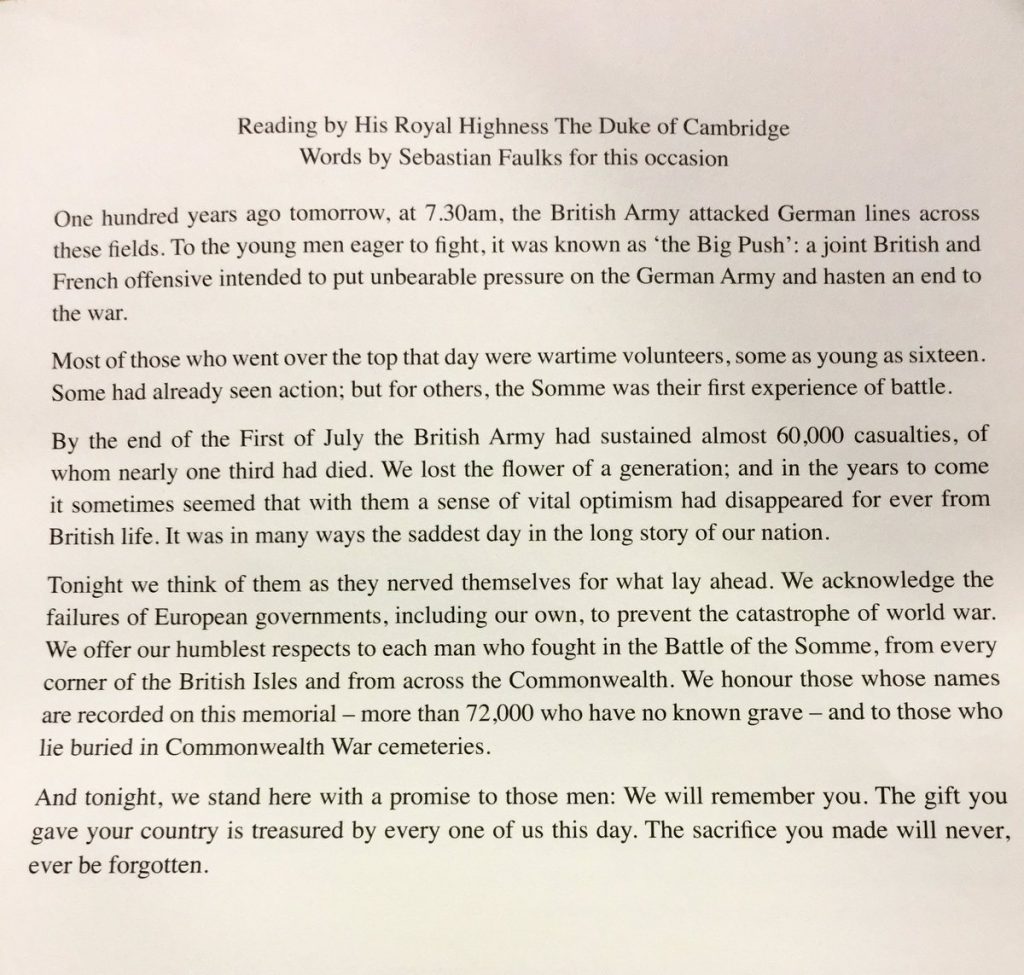 Harry gave a reading of Before Action by W.N. Hodgson – who was a Lieutenant in the 9th Battalion, Devonshire Regiment and was killed in action on July 1, 1916. Hodgson wrote the poem days before he was killed. 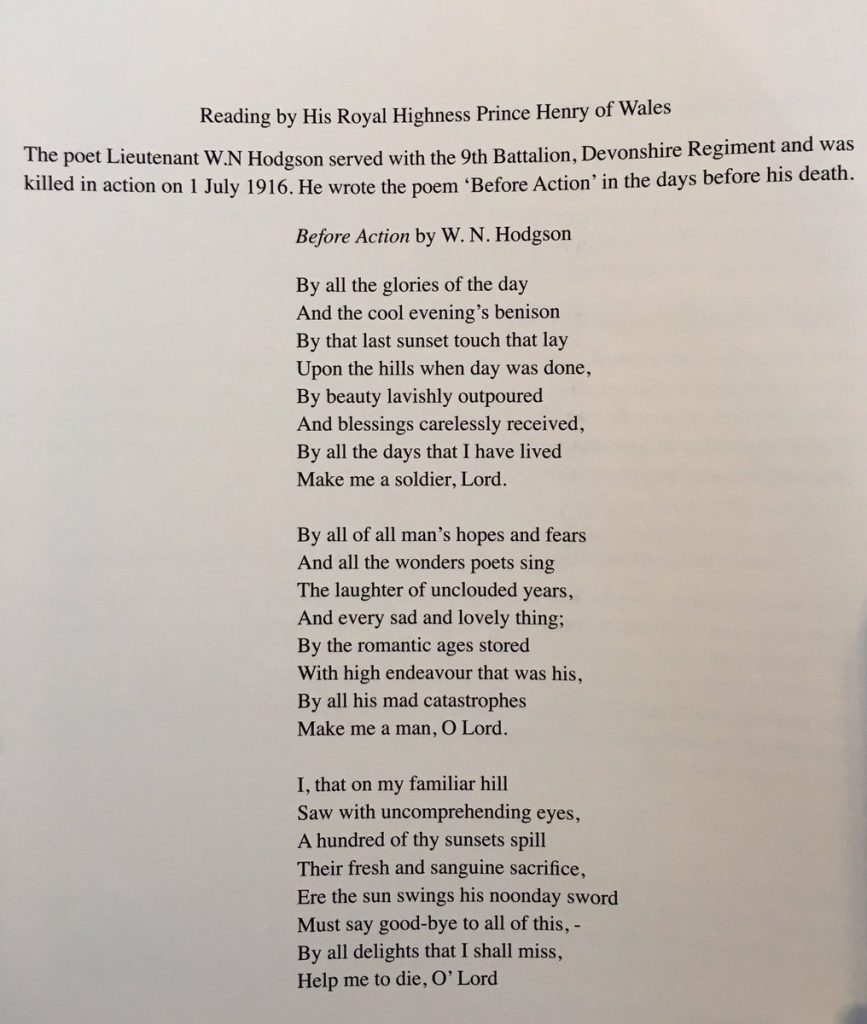 Kate wore a new Missoni “Long Snake Stitch Coat” over a black dress, and a new black pillbox hat from Lock & Company. She carried her Mulberry Bayswater clutch in black suede and wore Gianvito Rossi black suede pumps. Kate wore her Balenciaga “Eugenia” silver-tone, faux pearl and crystal ear cuffs ($745) which she first wore to Trooping the Color. Kate wore her hair in an updo with a hairnet over it.

The men wore navy suits with matching red and blue ties, and their medals. 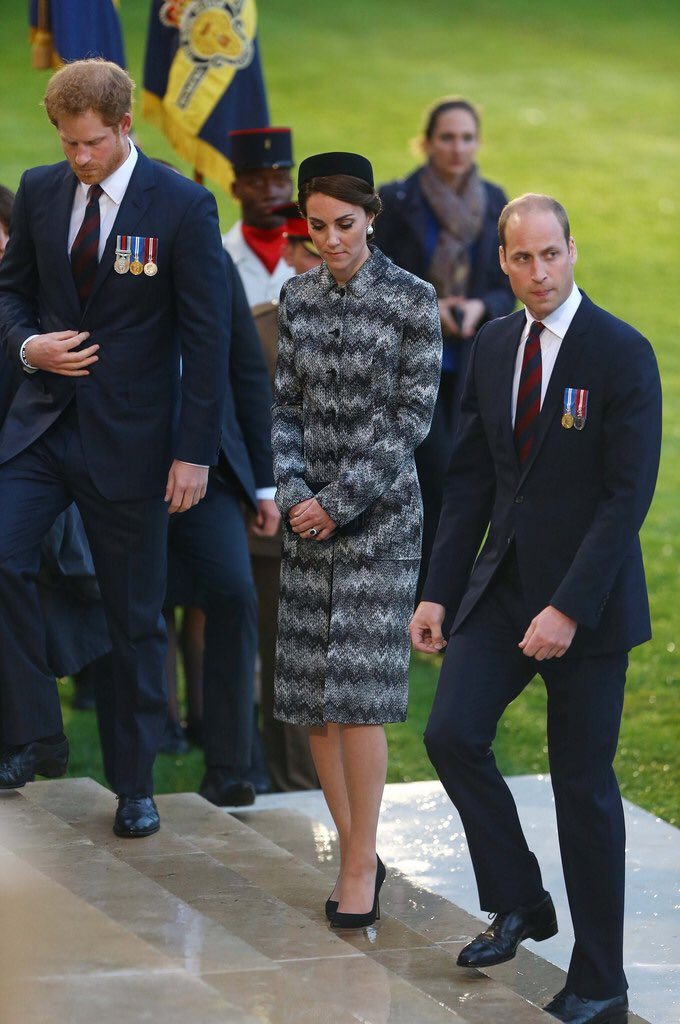 I wonder what they are saying to each other.