Kate Middleton and Prince William, along with Prince Harry, joined The Queen, Prince Philip, and other members of the royal family yesterday, March 9, for a Service of Dedication at Horse Guards Parade to honor the men and women who served during the Gulf War and conflicts in Iraq and Afghanistan. The Queen then unveiled the memorial while the rest of the family attended a reception.

The Service of Dedication took place at House Guards Parade before 2,500 guests including members of the royal family, the current and former Prime Ministers, and various members of government. After the service, a short ceremony was held at Victoria Embankment Gardens where HM officially unveiled the memorial, which honors the service and duty of both the UK Armed Forces and civilians in the Gulf region, Iraq and Afghanistan, and those who supported them back home, from 1990-2015.

While HM and Philip went to the memorial unveiling and met a small number of guests, the rest of the royal family attended a reception on Horse Guards Parade for all who attended the day’s events. Among the invited guests were the many groups whose contribution is recognized by the memorial, including current service personnel, veterans, civil servants, and charities.

Prince Charles and Camilla, Duchess of Cornwall both attended. 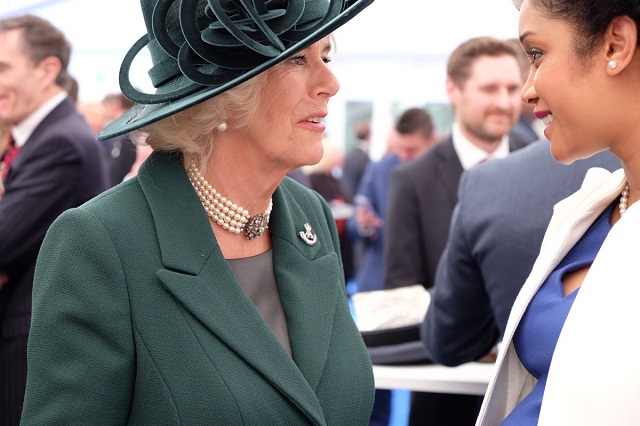 Camilla wore her 4 Rifles Brooch pinned to her green coat. Camilla is Royal Colonel of 4th Battalion The Rifles. I have to say, I love Camilla in green. All of my favorite outfits from Camilla are green. It really is her color.

“She said that Charlotte is growing up really fast. She is the one in charge. We have both got 2-year-olds and they are ruling the roost. It was a bit of a mummy chat. [She said] they are both becoming really good friends, George and Charlotte. I wanted a mummy talk. I wanted to talk about something else than [war].”

I wonder what Prince “My 5-month-old daughter is so lady-like” William thinks of his nearly 2-year-old daughter being “the one in charge” and “ruling the roost”.

Also, KP confirmed that William and Kate will attend the Irish Guards St. Patrick’s Day Parade on March 17, before heading to Paris. 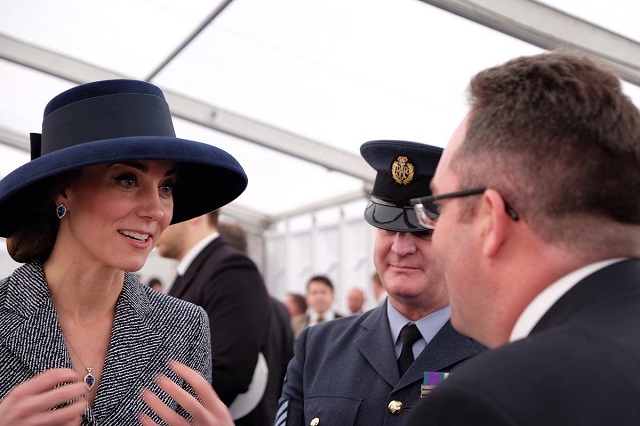 Prince Harry wore his Royal Victorian Order neck badge. During the service, Harry gave a reading from the book of Ecclesiastes 3:1-8.

Prince Edward and Sophie, Countess of Wessex were also in attendance.

Sophie wore a red and black Wool-blend knit dress from Azzedine Alaïa (£2,200), along with a black Jane Taylor hat.

Princess Anne was in attendance. Other royals in attendance, but not pictured, include: Prince Andrew and The Duke and Duchess of Gloucester.

The kid in this video, Alfie Lunn, is my new hero. He has no time for The Queen or Prime Minister.

Here’s a video of the royals arriving to the service, and of Harry giving his reading.