Swedish Royals at the Nobel Prize Ceremony and Banquet

One of my favorite events of the entire royal year is the Nobel Prize Ceremony because of the fashion and tiaras. This year, the entire adult Swedish Royal Family came out for the event: King Carl XVI Gustaf, Queen Silvia, Crown Princess Victoria, Prince Daniel, Prince Carl Philip, Princess Sofia, Princess Madeleine, and Chris O’Neill. And there were some wows, and some what thes. 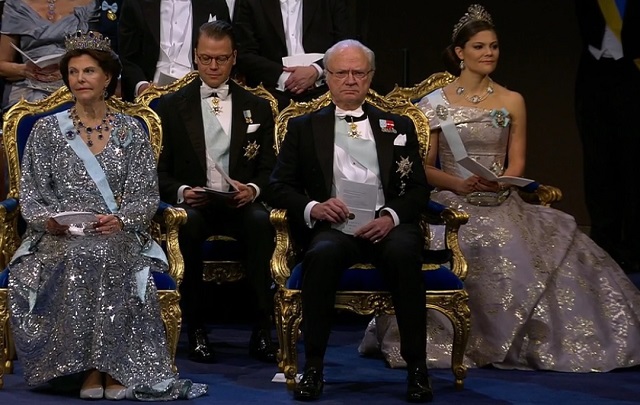 I didn’t think anything could top Victoria’s 2014 Nobel look, but man her 2016 Nobel look is probably my new favorite of all of Victoria’s Nobel looks. 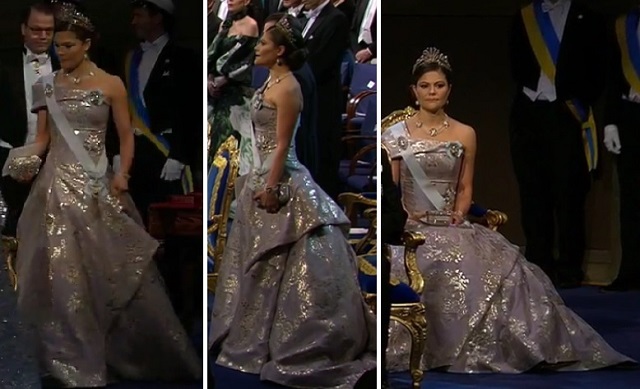 Victoria’s bespoke purple/grey gown with gold appliqué is by H&M. It’s gorgeous. I love the one-shoulder detail, the fullness of the shirt, the train, the color – everything.

Victoria wore the Steel Cut Tiara, which doesn’t photograph very well but on the live stream it was glittering like it actually had diamonds in it. Victoria added the earrings, necklace, brooch, and bracelet from the Cameo parure to round out her jewelry. And I think the blue of the Riband and Star of the Order of the Seraphim and the Portrait of the King worked perfectly with the coloring of the dress. 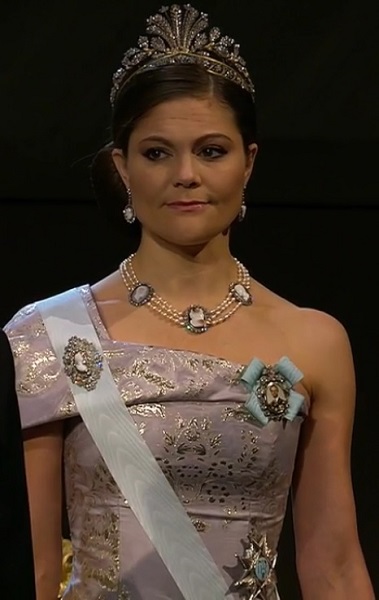 Silvia was just a ball of sparkles in her silver sequin gown.

While Victoria gave me such a fashion high, Sofia and Madeleine… not so much. 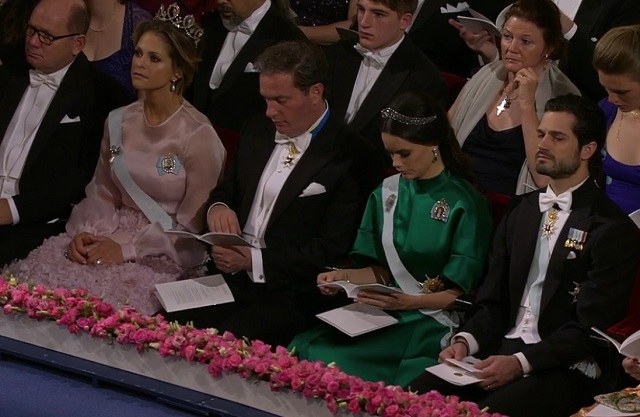 Sofia went with a striking color, but her bespoke emerald green House of Dagmar gown just isn’t my taste. I dislike how high up on the throat the neckline is, and how flared the sleeves are. The gown just swamps Sofia.

Oddly enough, the one time Sofia actually wore an emerald gown she opted to forgo her emerald wedding tiara. Sofia finally got another tiara option to wear: the Steel Cut Bandeau Tiara. I think we need to do a Center Part Intervention with Sofia, though. 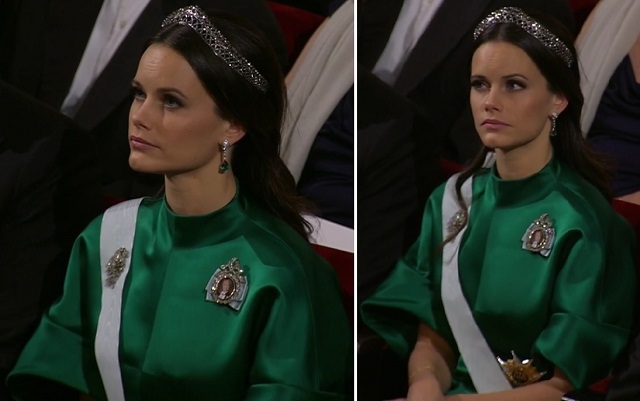 Sofia’s diamond and emerald earrings are the same ones she borrowed from Silvia for last year’s Nobels. Sofia also wore a diamond brooch attached to the Riband of the Order of the Seraphim, and the Portrait of the King.

Madeleine chose bespoke Fadi el Khoury again this year, but while her 2014 and 2015 gowns worked so well, this year’s didn’t work for me. The sheer top doesn’t seem to fit correctly, and the fluffy skirt just isn’t my taste. This is definitely on the lower end of my favorite Nobel looks from Madeleine.

Madeleine went with the Connaught Tiara this year, and while she also went with a center part I’m giving it a pass since it’s not a harsh part like Sofia’s continually is. 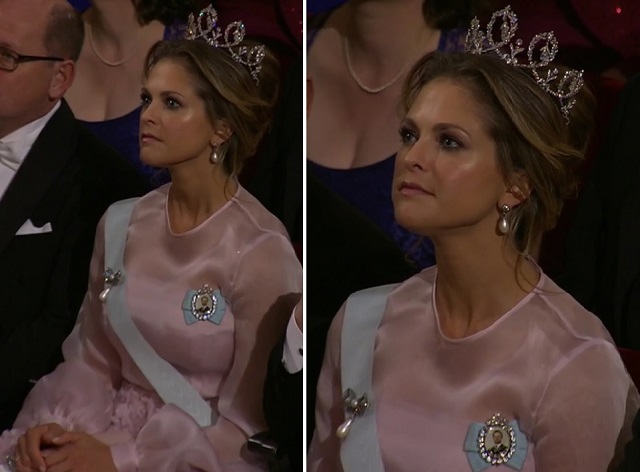 While I was watching the live stream of the Nobel Banquet when they were showing the vignettes about each food course, I was getting so hungry. All this food looks so delicious. The Swedish Royal Website hasn’t put the menu online yet, but I’ll update when they do. 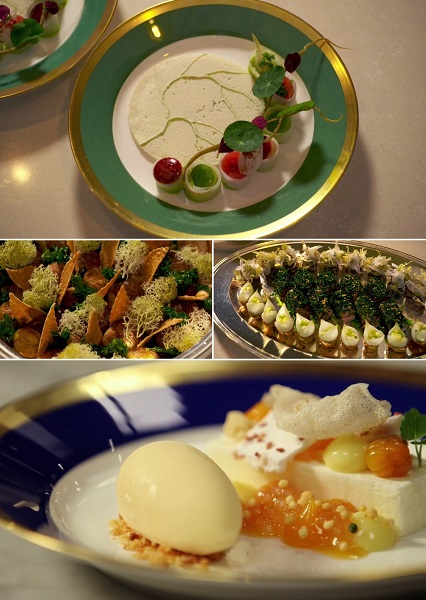 Here is a photo fo the table setting for the Banquet.