This is the second of two quick updates for today (go here to read about William and Kate’s new scheduled appearance). King Jigme Khesar and Queen Jetsun Pema of Bhutan released the first photo of their new son to celebrate the Losar. 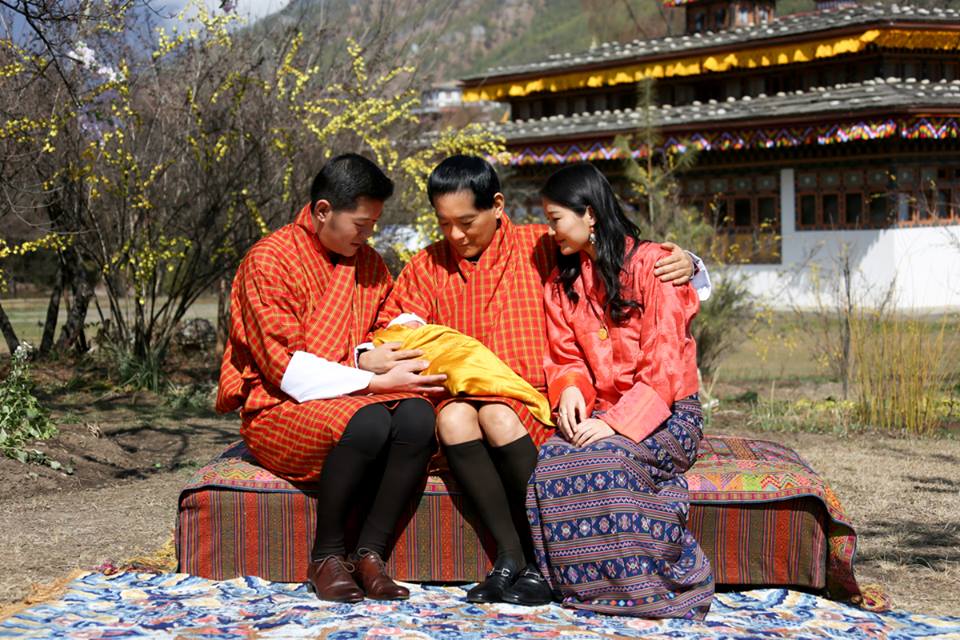 [The baby with King Jigme, the King’s father, and Queen Jetsun]

They posted the photo to Facebook with the message:

“❦ Bhutanese families spent a wonderful Losar today, celebrating the day with family and loved ones. To make the day even more special, we have the honour of bringing to you the very first official photograph of His Royal Highness The Gyalsey.

“In this delightful Losar Kupar from Lingkana Palace, His Royal Highness The Gyalsey is surrounded by His Majesty The King, His Majesty the Fourth Druk Gyalpo, and Her Majesty The Gyaltsuen.

“His Royal HIghness The Gyalsey was born on the 5th of February 2016, and is the first Royal Child of His Majesty The King and Her Majesty The Gyaltsuen. ❦”

As far as the photo goes, it’s kind of a bummer that we didn’t get to see the baby’s face, but it’s a lovely family photo. So much color!