January 6 is the annual Pascua Militar in Spain, and King Felipe, in full military regalia, and Queen Letizia attended for their second year since Felipe became King in 2014. 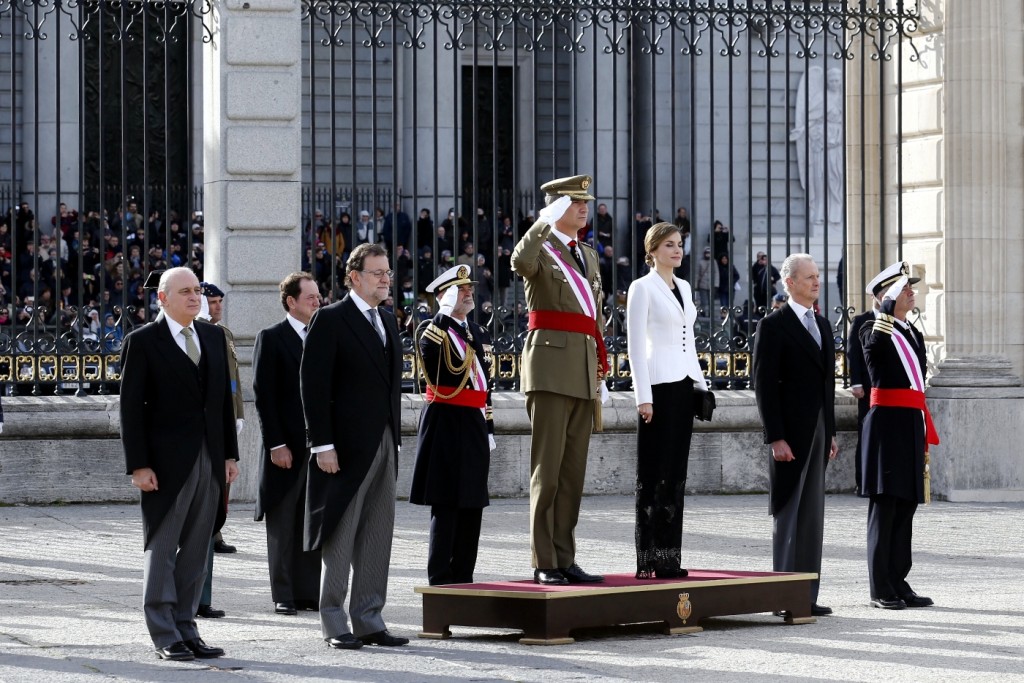 The Pascua Militar is a New Year’s military parade which is held annually on the Day of Epiphany at the Royal Palace in Madrid. This celebration dates back to 1782 during the reign of Carlos III when Mahón, the capital city of Minorca, was regained from the British. 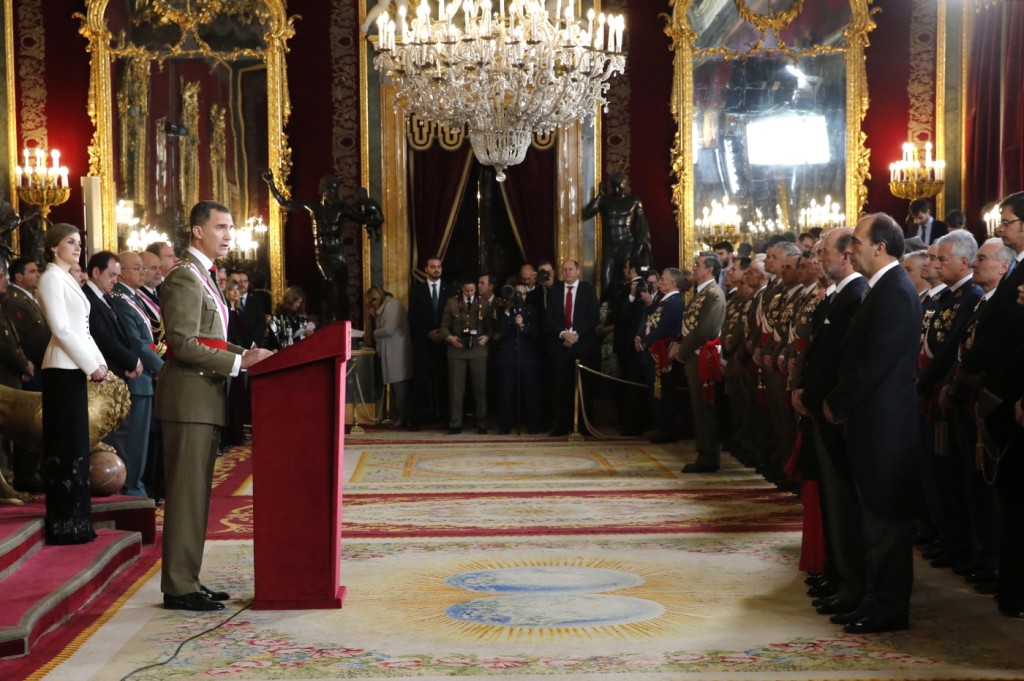 After the celebration outside, their majesties moved inside the palace where Felipe gave a speech in which he talked about the terrorism experienced around the world in 2015, Spain’s ending of oporations in Afghanistan, as well as a lot of other topics.

Felipe concluded his speech by saying (which has been translated via Google Translate, please excuse errors and wonky wording):

“In this day of historic and military evocation, and family celebration, I dedicate an affectionate memory of all men and women, civilian and military, at this time, away from their families and homes, defend Spain’s interests beyond our borders. With their work they are giving an extraordinary example of patriotism, solidarity and commitment to peace and security of people who need them. I want to extend my gratitude and affection, with the desire to return home soon with the mission accomplished.

“With the Queen I reiterate our most affectionate greeting in this traditional Military Easter and ongoing support of the Crown and of all Spaniards for you to continue fulfilling your mission with the enthusiasm and determination of those who know that their work is carving out a better future for our country.” 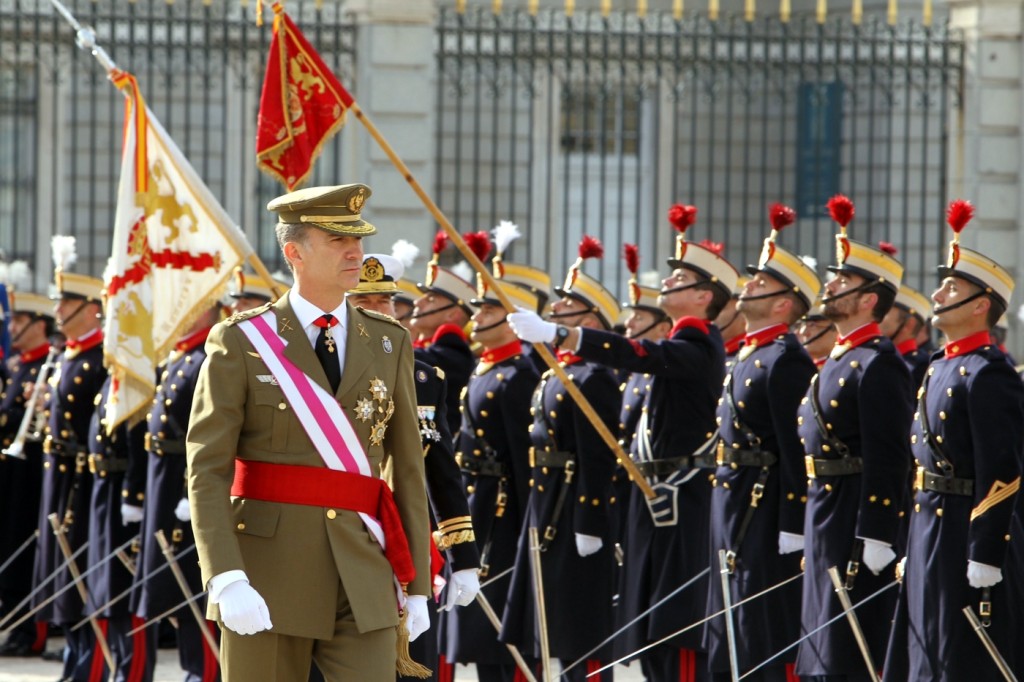 The dress code for Pascua Militar is formal, so Letizia wore a new long black Felipe Varela dress with lace cutout detail at the bottom and a bespoke Varela white blazer she wore in Washington DC in September 2015, bespoke Magrit black suede pumps she’s worn before, and her TOUS cultured freshwater pearl drop earrings. She carried her Cucareliquia “Archy” handbag, and wore her hair in a nice updo.

I really like Leti’s shoes (it’s a more interesting take on the normal black suede pump), and her hair looks nice. But I’m not fond of her dress. 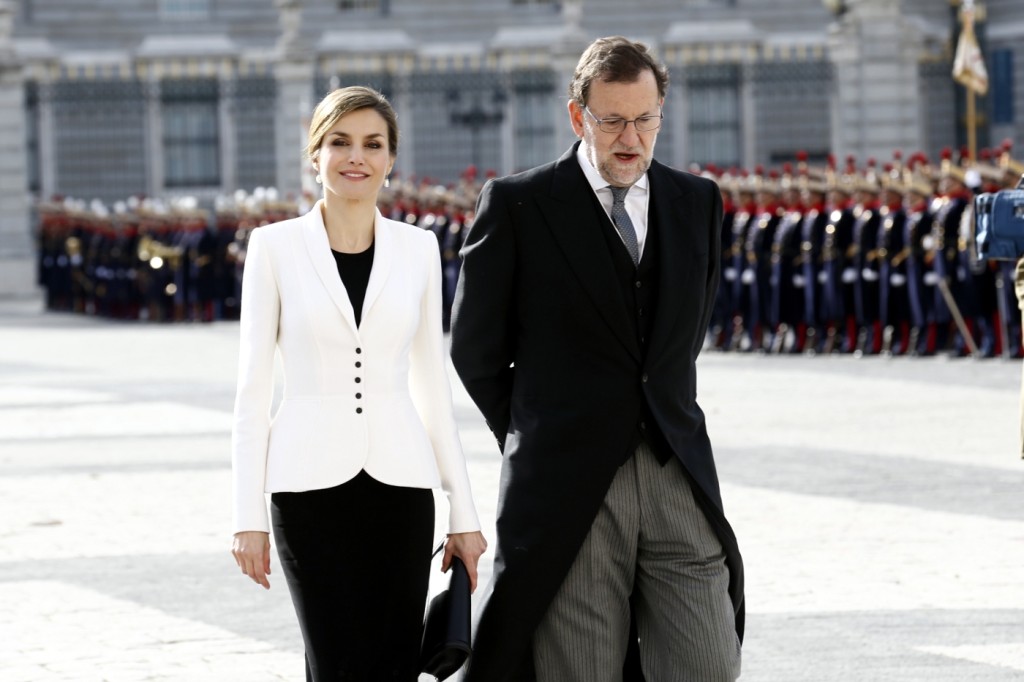 Here’s a video of Felipe’s speech – which is a good ten minutes long.