Kensington Palace this morning announced that Prince William and Kate Middleton, the Duke and Duchess of Cambridge, will visit Bhutan this spring, and Prince Harry will visit Nepal. 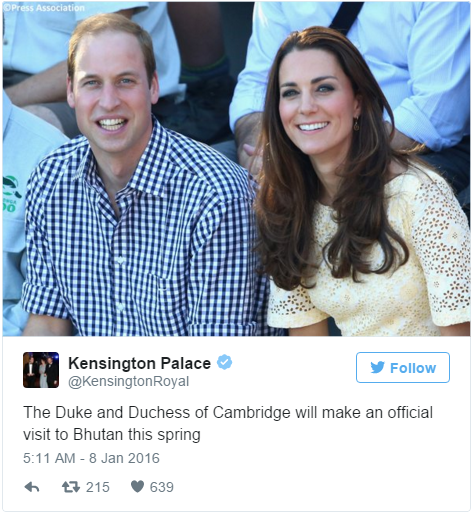 During William and Kate’s visit to Bhutan, which will coincide with their previously announced tour of India, the Cambridges will meet with King Jigme and Queen Jetsun, our December Hot Couple of the Month (PS. Do you guys want the Hot Guy of the Month feature to continue?).

As we know, Queen Jetsun is pregnant with the couple’s first child, a son, and is due sometime in February. The Daily Mail is saying that William and Kate’s visit “falls around the same time that Queen Jetsun is due to give birth”, which would put the visit in February, though the Mirror says the India tour is in April.

The Kensington Palace press release does not specify a date for the tour:

“The Duke and Duchess of Cambridge will make an official visit to Bhutan this spring.

“The visit is being carried out at the request of Her Majesty’s Government and will be the first time Their Royal Highnesses have visited the country.

“The Duke and Duchess’s visit to Bhutan will coincide with their previously announced official tour of India. Full details will be announced in due course.”

Unlike William and Kate’s last tour, when they took Prince George with them, the Cambridges will not take their kids on tour, according to the Mirror. Sad face. But apparently, “they feel this tour would prove too gruelling for the children – particularly Charlotte who was only born in May”, which… okay. I’ll have to see their schedule to decide that. George was younger during the NZ/OZ tour than Princess Charlotte will be during this one, but whatevs.

Both William and Kate’s trip to Bhutan and Prince Harry’s trip to Nepal are “at the request of Her Majesty’s Government”. According to the Standard, Harry will visit Nepal in February.

The press release from Kensington Palace:

“Prince Harry will make an official visit to Nepal this spring.

“The visit is being undertaken at the request of Her Majesty’s Government and will be the first time Prince Harry has visited the country.

“Full details of the visit will be confirmed in due course.” 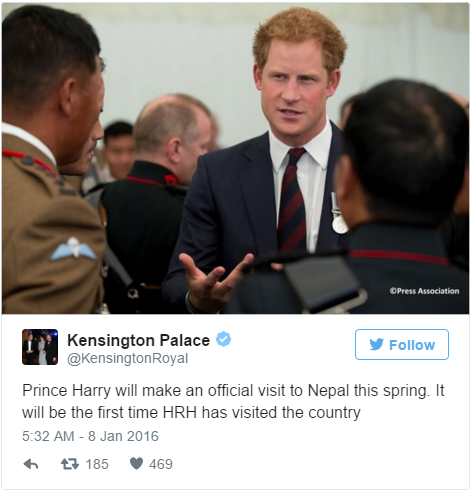 I was going to save this photo for a royal round up, but since it fits in perfectly with William and Kate’s announcement, I’ll share it.

The office of King Jigme released their January desktop calendar, which features a photo of Jigme and Jetsun sitting together outside Paro Ugyen Pelri Palace. The couple are cradeling Jetsun’s pregnant belly.

A close up of the couple: 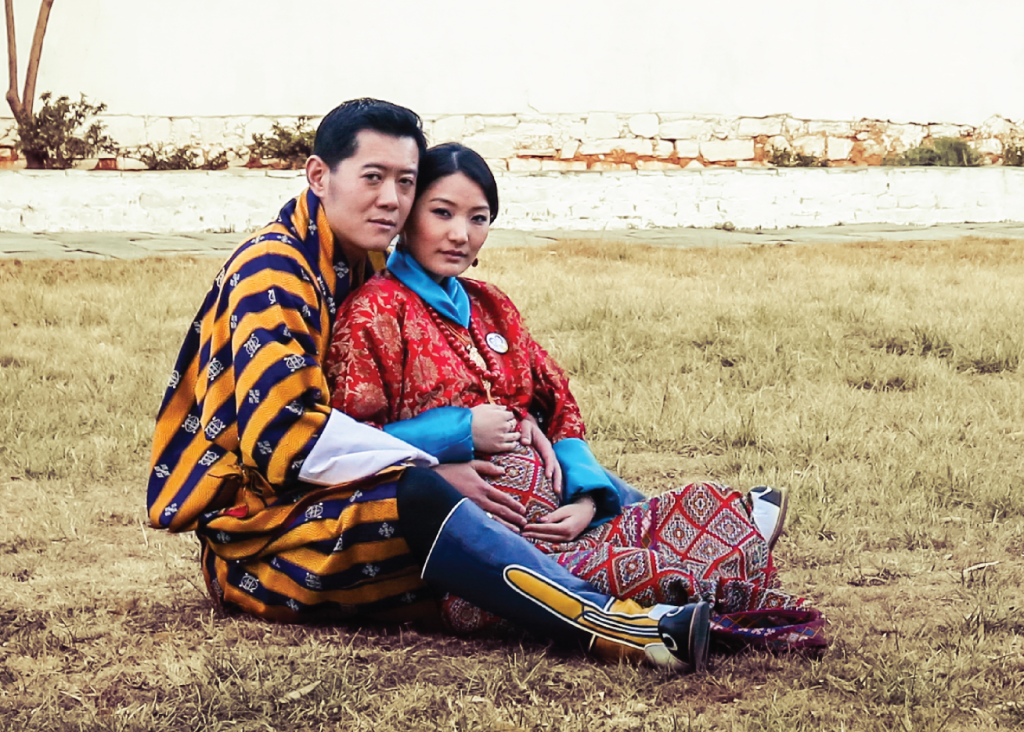 The full photo so you can see the landscape: 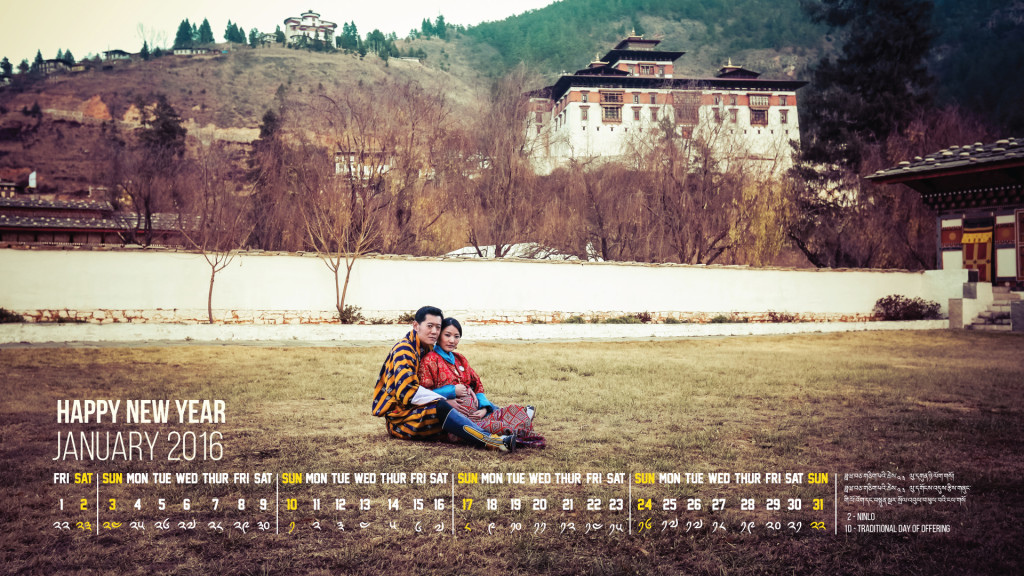 I’m actually looking forward to William and Kate’s trip to Bhutan. Though their age difference skeeved me out a bit, I kind of like Jigme and Jetsun, so it’ll be fun to see those two interact with William and Kate. I can’t wait to see what Jetsun and Kate wear.

Today is a two post kind of day with an article on Queen Letizia’s first engagement of the year also. Go check it out.