In the first royal round up of the year, we have three people celebrating birthdays (the Danish twins and Kate Middleton), Crown Princess Mary and Queen Margrethe attending a reception for the diplomatic corps, Queen Maxima out and about, Queen Letizia out and about, and Queen Rania visiting London. 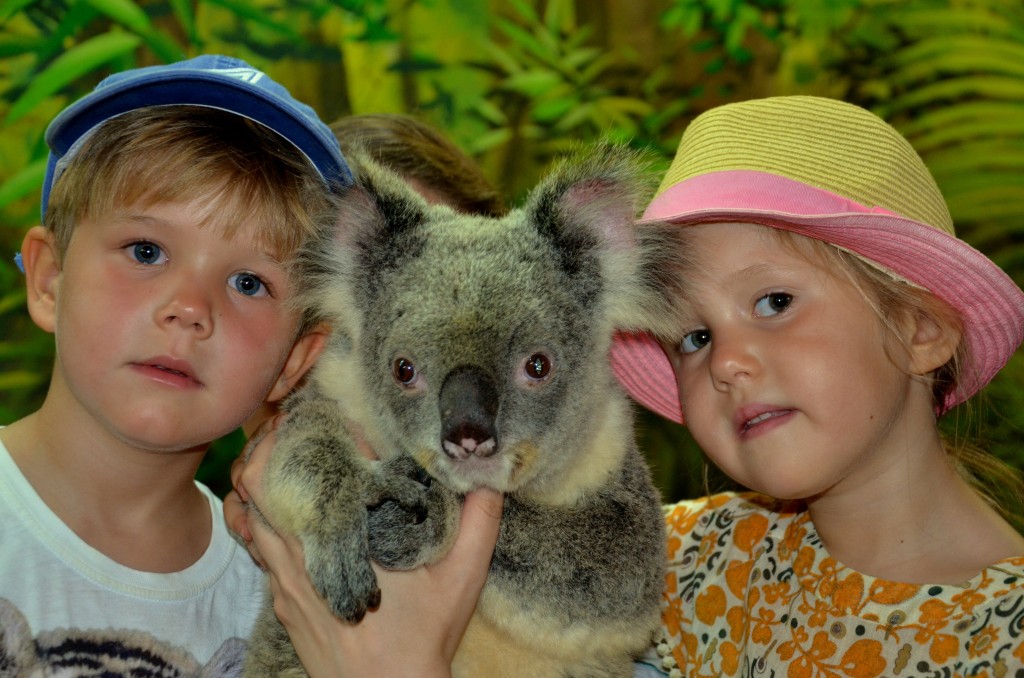 Prince Vincent and Princess Josephine celebrated their fifth birthday on January 8. To mark the occasion, the Danish court released three photos taken by Crown Princess Mary during their December trip to Australia.

I like the photo with the koala the best, even though the kids aren’t smiling. 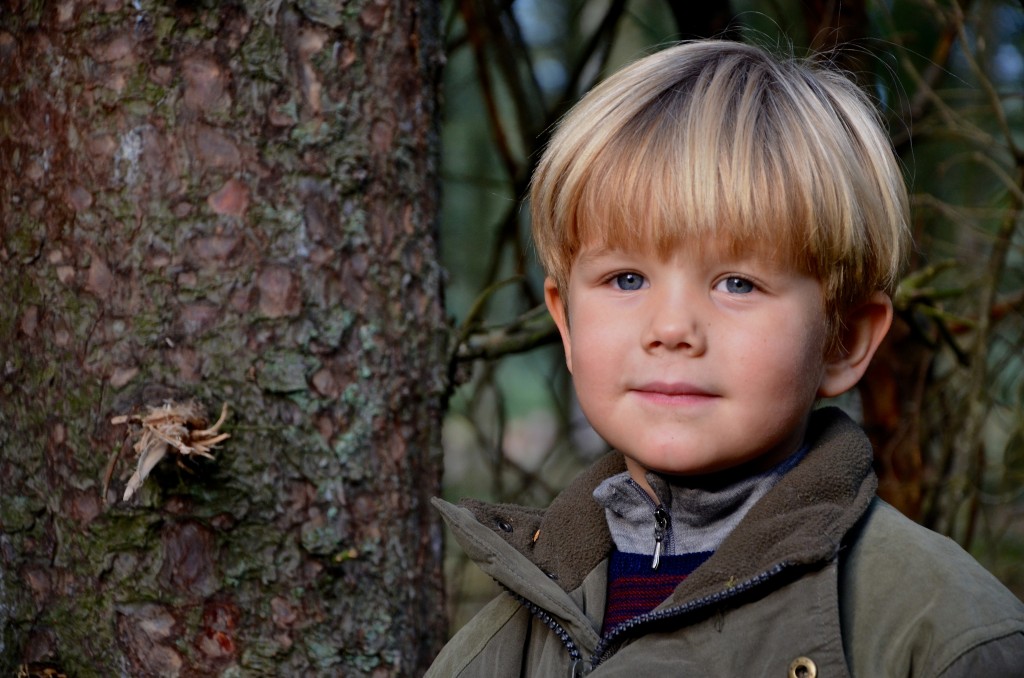 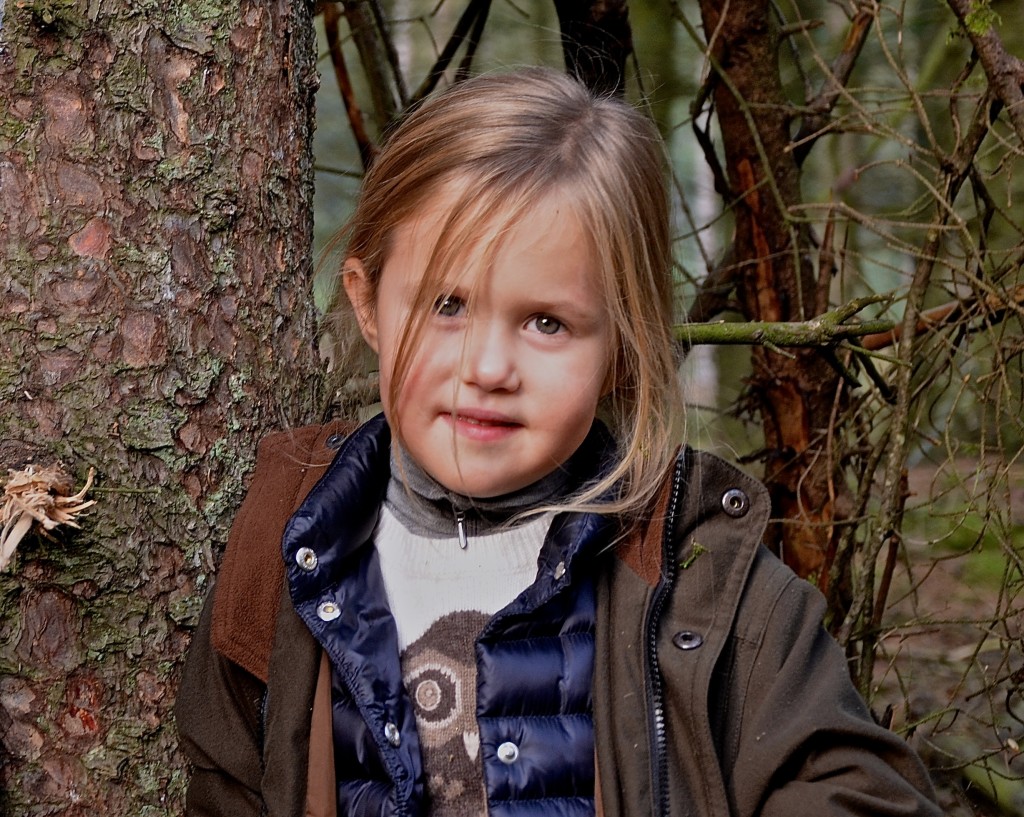 On January 6, Crown Prince Frederik and Mary joined Queen Margrethe for a New Year’s reception for the diplomatic corps at Christiansborg Palace. This formal reception is held during the day do no tiaras (sadly).

Mary repeated her white Birgit Hallstein gown she debuted last year at the New Year’s Banquet and wore again during the Dutch-Danish State Banquet. Mary removed the original belt and extra fabric, opting instead for a pink belt. Mary wore a grey coat over her shoulders, a pearl necklace with a pink stone pendent, and her hair pulled back in a half ponytail style. 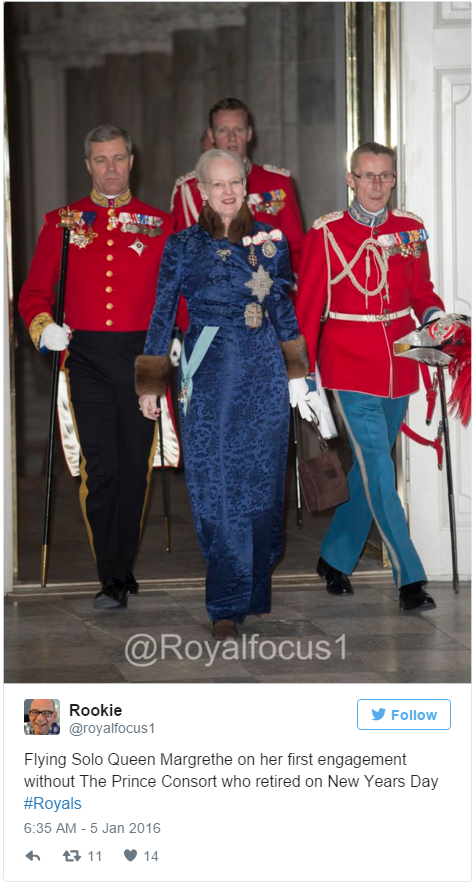 Queen Maxima started her 2016 schedule of engagements this week, wearing a pretty dull color palette. First, on January 6, Max attended the Tuinbouw Ondernemersprijs 2016 (Agriculture Entrepreneur Prize) at the Keukenhof flower show in an all black ensemble. Then on January 7, Max had two events: signing on a loan of 100 million euros from the European Investment Bank (EIB) to Qredits Microfinance Netherlands; and attending a committee in Amsterdam marking the Netherlands taking over the rotating presidency of the Council of the European Union for six months (with King Willem-Alexander). Max wore shades of brown for those two events.

Queen Letizia held several audiences at Zarzuela Palace on January 8. One audience was for the Fundación Secretariado Gitano which received the Princess of Girona Foundation Award 2015. The other was with the Board of the Platform of Children’s Organizations of Spain.

Queen Rania was in London on January 8 for an audience with Prime Minister David Cameron to discuss “the need for a comprehensive approach to the Syrian humanitarian crisis and how to implement education and employment for refugees, to enable them to return to Syria and rebuild its economy in the future.”

Rania wore a bright pink dress underneath a black coat with black heels; she wore her hair down is Duchess Kate style curls.

The Danish twins were not the only royals celebrating birthdays this week. The Duchess of Cambridge celebrated her 34th birthday yesterday, January 9. Happy birthday, Kate.

PS. Here’s a video from August 2015 (posted August 26) showing Kate and Prince William leaving restaurant Berry Bros. & Rudd. The Express reported in June that royals celebrated the Queen‘s 89th birthday at Berry Bros. on June 13. So it’s possible this video is from that outing and just posted two months later. Or it could be two separate outings. Kate wore a new LK Bennett “Madison Chiffon Print Dress”. I actually kind of like this dress on the model on the designer’s website; I hope Kate wears this dress to a public appearance.