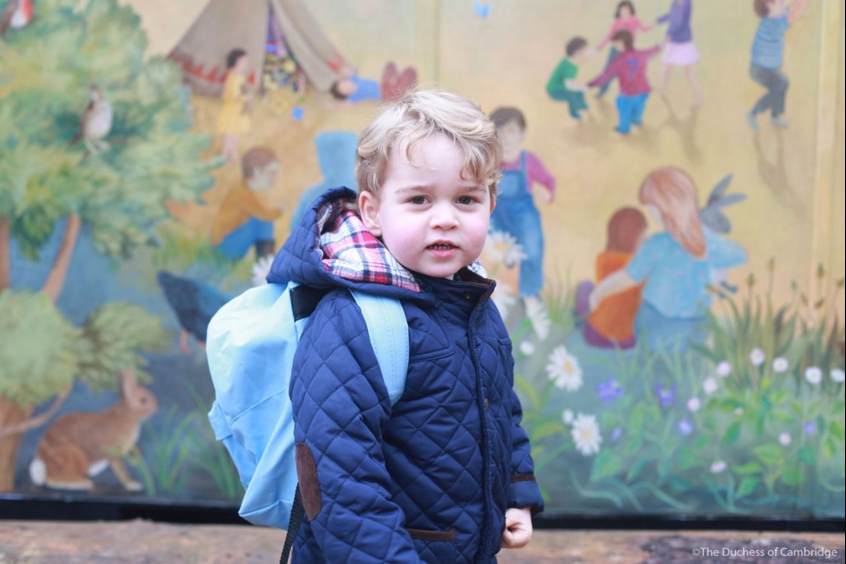 Both Prince William and Kate were there as they dropped George off and Kate took photos to mark the occasion, which were taken in front of the mural on the outside of the nursery building. George is expected to attend the nursery school two to three times per week. Supposedly George’s first day went well.

[William on his first day at Mrs. Mynor’s Nursery School in London on September 24, 1985]

[Harry on his first day at Mrs. Mynor’s Nursery School in London on September 16, 1987]

Royal photographer James Whatling, my new favorite person to follow on Twitter, pointed out something: “Now that #George has started nursery, it would appear that the annual holiday to Mustique will have to be shelved.”

The annual Middleton Mustique vacation usually takes place late-January/early-February. I somehow think they will find a way to go despite the fact that George has started nursery school. Keep in mind, William and Kate have no problem vacationing without George. 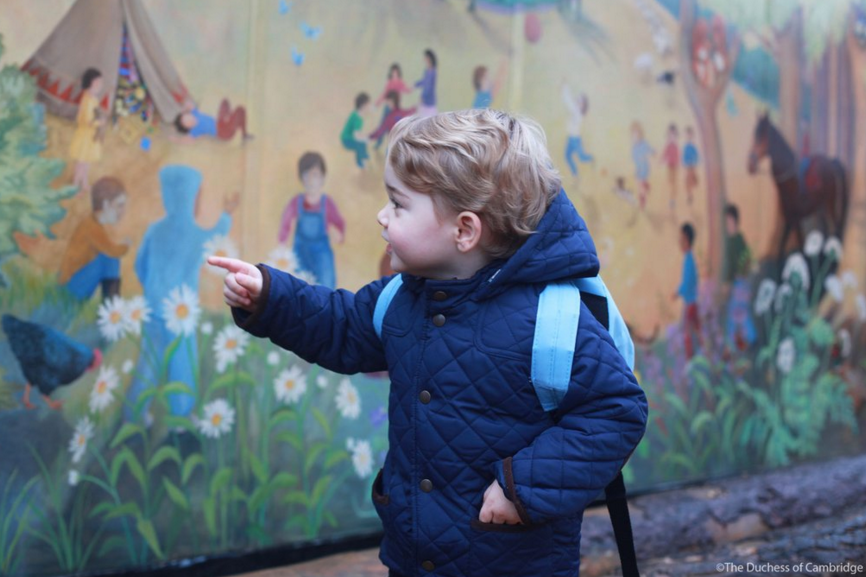 By the way, people are making a thing about the fact that the royals point. I mean, sure. But everyone points. 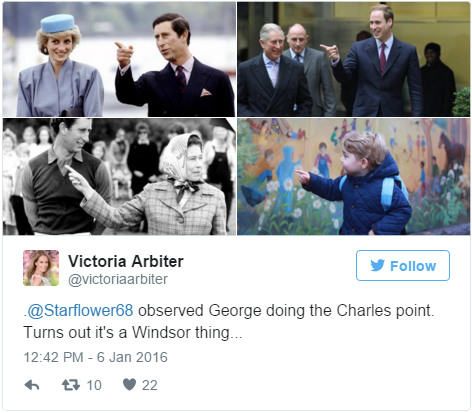 Photos: The Duchess of Cambridge via Kensington Palace / Getty / Twitter

In a huge shift of gears, I have something to say:

Quite frankly, I’m sick of it. It makes the blog unenjoyable. And that’s from me! That’s from the person who devotes hours every day to looking things up, writing articles, and reading and responding to comments. I can’t imagine how unenjoyable the blog must be for the people who simply read and comment, and aren’t as devoted to it as I am.

I know that we are not always going to agree. People have different opinions, ideologies, and beliefs systems, but that doesn’t mean we have to be rude, condescending, or spiteful when people don’t hold the same opinions as us.

If someone makes a rude, condescending comment attacking another commenter, they are in the wrong. If someone then replies with a rude, condescending comment attacking that commenter, they are now in the wrong. Two wrongs do not make a right. Responding in that way only escalates things and does not benefit anyone.

I don’t know what I have to say or do to make these dust ups stop, but clearly what I’ve said and done in the last month has not only not helped but in fact made things worse. I told myself after the last dust up around New Years that if things didn’t improve by the end of January I would quit the blog, and here we are just a few days later dealing with yet another dust up.

I am so incredibly sick of the dust ups. There is absolutely no reason to be condescending or rude to each other. Those types of comments do not add anything to the conversation; all they do is upset people and cause more drama. I am sick of the drama!

I don’t want to have to not allow comments or quit the blog; I enjoy chatting with you guys. But these dust ups need to stop. Now.