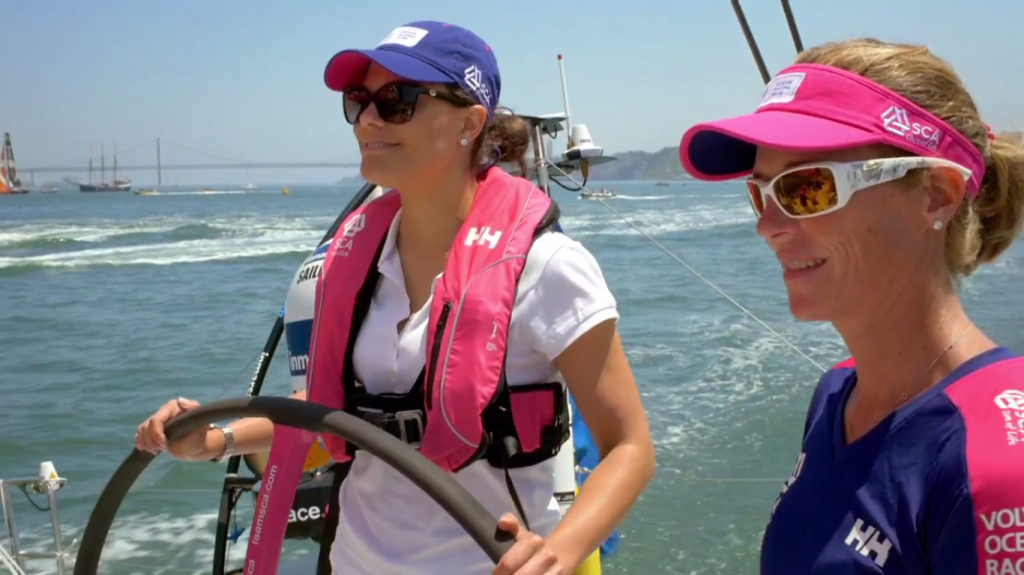 I’m not going to lie, since I started covering the Swedish royal family I’ve learned a few words in Swedish, but any more than the few words I know and I’m lost. Unlike last year, where Madeleine and Chris did their interview in English, no one spoke English this year. So the interviews were largely lost on me. I was able to gauge a few things, though: I know Sofia talked about forming Project Playground; I know Madeleine talked about human trafficking as well as Princess Leonore; and I know Victoria talked about the bridge between Sweden and Peru. I can only guess at what else was talked about. 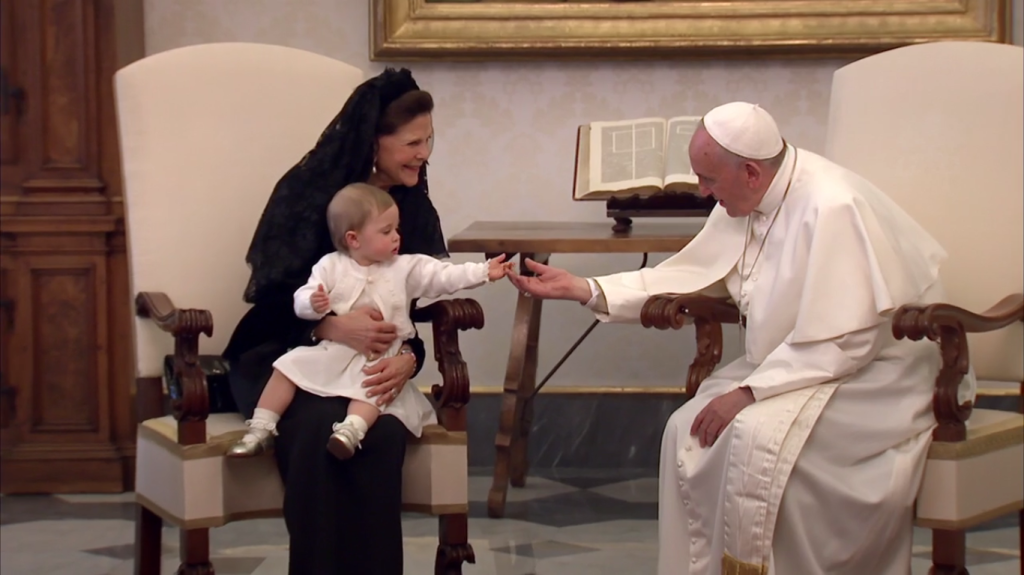 I found a couple articles who quoted parts of Sofia’s and Carl Philip’s interviews, but I have not been able to find quotes from the other royals. Quotes translated by Google Translate, please excuse any errors/wonky wording.

Sofia on the wedding: “It became a real fairytale wedding. We are so happy. We were treated with so much care. Both in Sweden and outside Sweden’s borders.”

Sofia on founding Project Playground with Frida Vesterberg in 2010: “There was some resistance. Two white girls were in a shanty town and opening a center for children. But with hard work and fighting spirit, we got the respect we needed and were able to show that we were here to stay. We are doing very very well.”

Sofia on working with people with disabilities: “To spend time with these so amazing souls gives me enormous pleasure, but at the same time an enormous frustration at how society looks like. But one sees the world from a completely different perspective. I’m glad that I get to have this part of my life. It gives vast insight and I become more humble towards life in every way.”

Sofia on why she cried when visiting Älvdalen: “I was really touched when I got there and realized that people had gathered. It meant a lot to me. I was of course a bit nervous coming home to Älvdalen. They are used to seeing me in a different role. They met me with much love and warmth.”

Carl Philip on visiting Dalarna: “It felt so clearly great fun and wonderful to get up there. Especially for Sofia to come home and meet friends who she hasn’t seen since childhood.”

[Quotes from Expressen and Expressen]

Aret med Kungafamiljen can be viewed online at SVT Play through February 4. 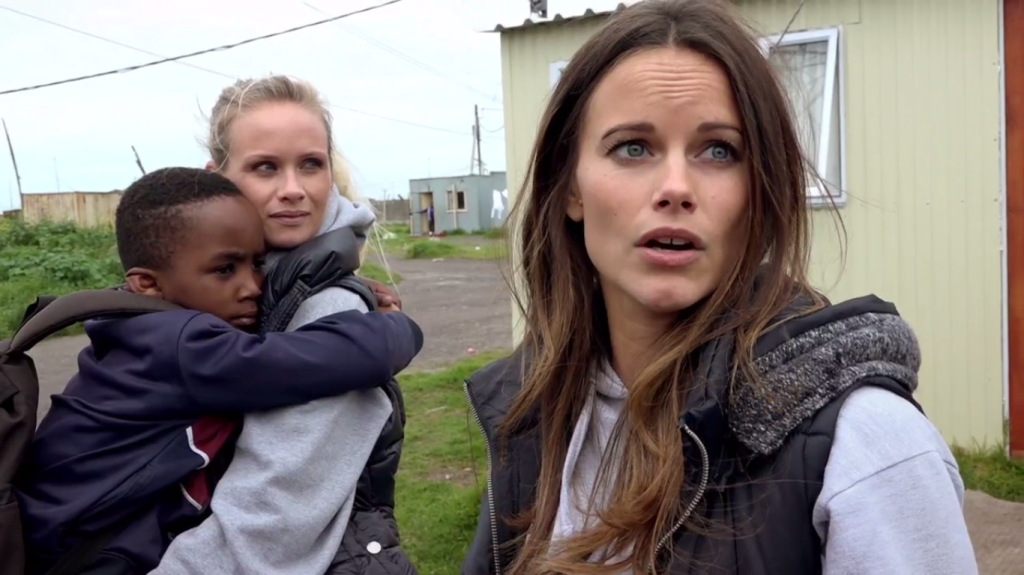 In other Swedish royals news: Carl Philip and Sofia were spotted out baby shopping the other day. Also, the Swedish court released the below photo with the message, “Gott nytt år!” (Happy New Year). The photo was taken on December 10 after the Nobel Prize Awards. Having seen the high resolution photo, I have to say that I love Madeleine’s dress even more now – the detailing is very pretty. 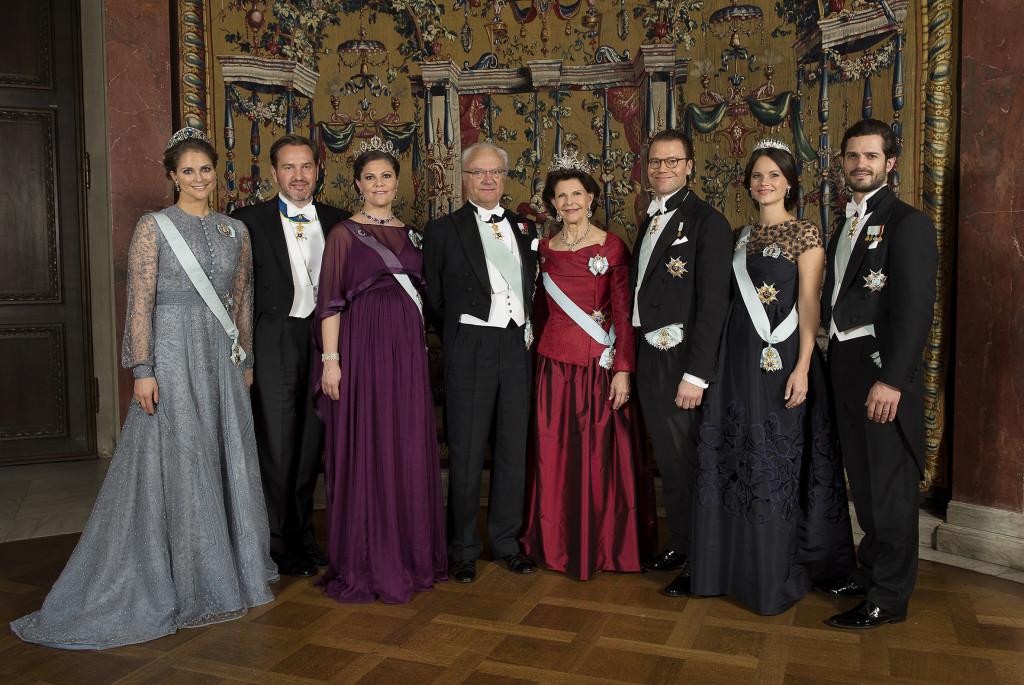 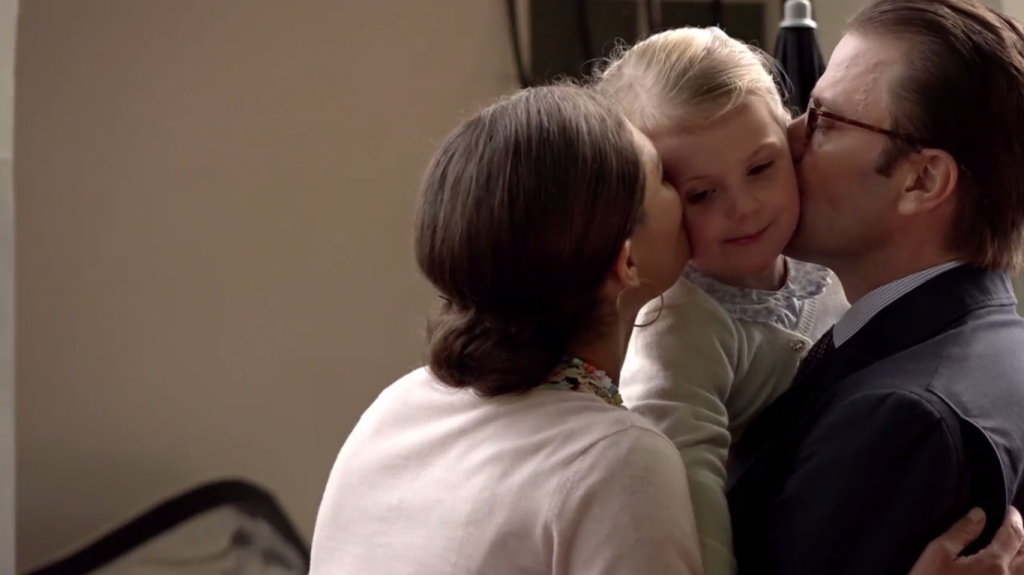 Victoria and Daniel embracing while on a trip to Colombia in October. 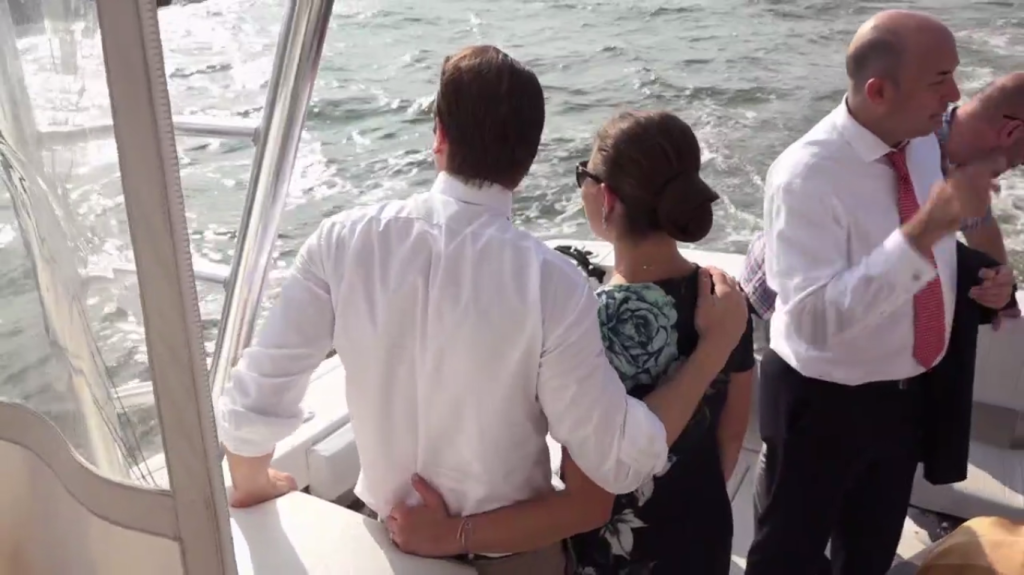 74 thoughts on “Swedish royals give interviews for ‘Aret med Kungafamiljen’”