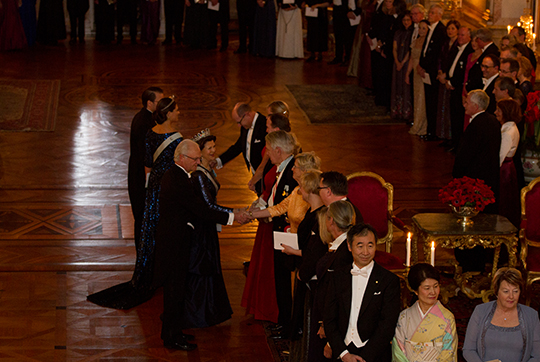 I’m going to start with Princess Madeleine this time. Normally I start with the Queen and go down the list in order but I’m starting with Madeleine because she and Chris O’Neill were on Skavlan (a Swedish talk show). You can watch their interview here (Maddie and Chris come on at about the 30 minute mark). 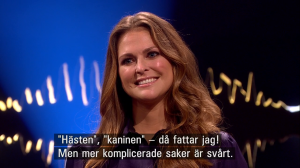 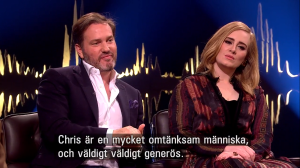 I must say I’ve fallen even more in love with these two. They were very charming in the interview – laughing and joking around; and there were several “couple-y” moments between them that were adorable. Chris especially seemed so much more at ease and charming than I originally thought of him.

Chris talked about learning Swedish with Leonore and that her favorite toy is a rabbit which is refers to as “kaninen” (which means rabbit in Swedish). Chris said he and Madeleine met through mutual friends in New York and that he was drawn to her smile and how she puts people at ease, and Madeleine said she was drawn to his sense of humor and that he’s a true gentleman and makes her feel safe.

Madeleine said she’s a full time mom right now, that she can’t cook, and is a terrible housewife. She also talked about how her parents were away a lot when she was a child due to their obligations as King and Queen and that she wants to be home with her children in the way that her parents weren’t for her and her siblings.

Chris said of Nicolas: “Nicolas is a gentle soul… [Leonore] is more outgoing than he is, but he’s only six months so we’ll see.”

It’s well worth watching the entire interview if you like these two. 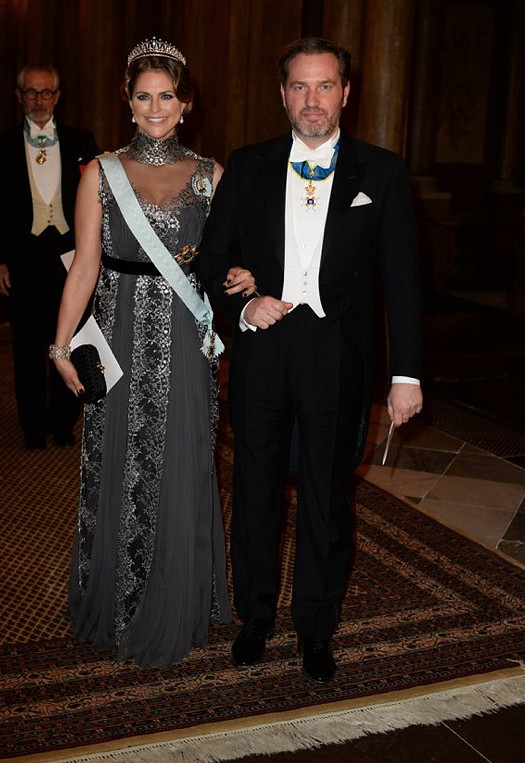 In terms of the King’s Dinner fashion, I just can’t with Madeleine’s lace Alberta Ferretti dress (thanks Rime for the Id). Between the pattern and the turtleneck paired with the sash and star of the Order of the Seraphim and the portrait of the King… I just can’t. This dress makes me claustrophobic. The Modern Fringe Tiara looked good, though. Chris wore his Order of the Polar Star. 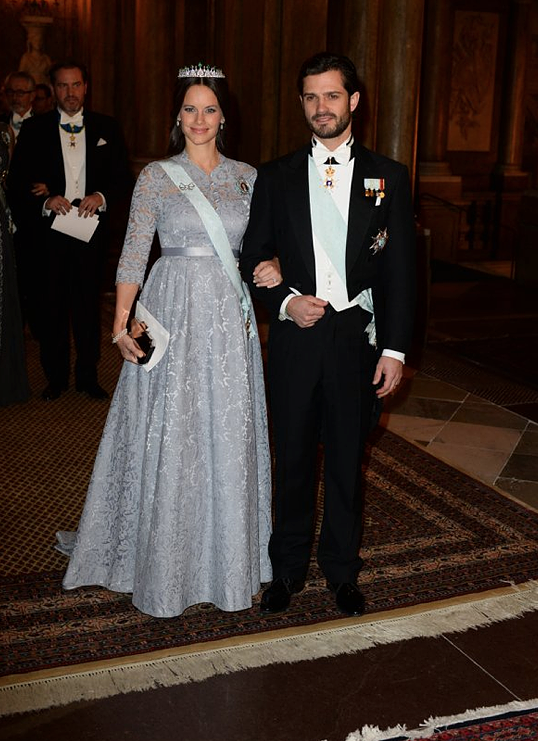 From the worst to the best, here is Princess Sofia in a blue lace Zetterberg Couture gown which is similar to Madeleine’s from the night before. Just as I love Madeleine’s, I love Sofia’s. She definitely looks like a princess. 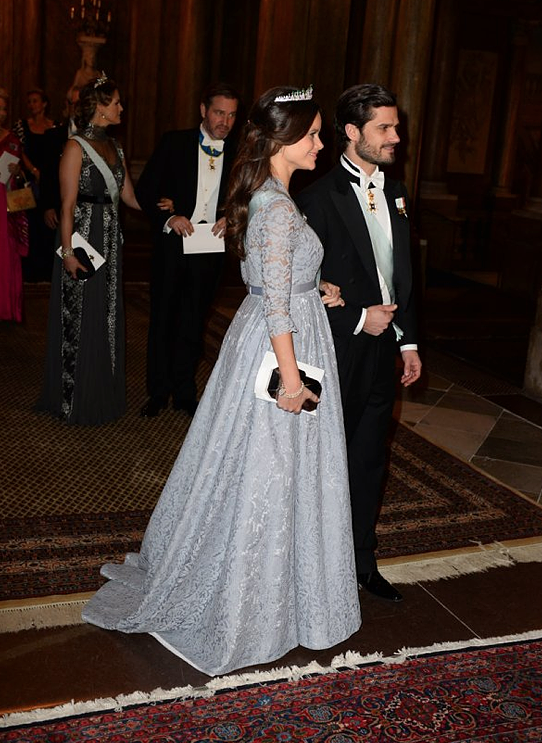 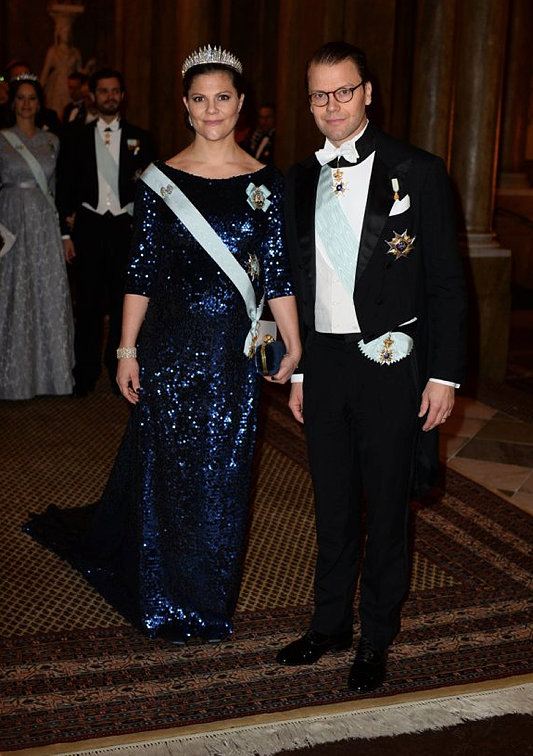 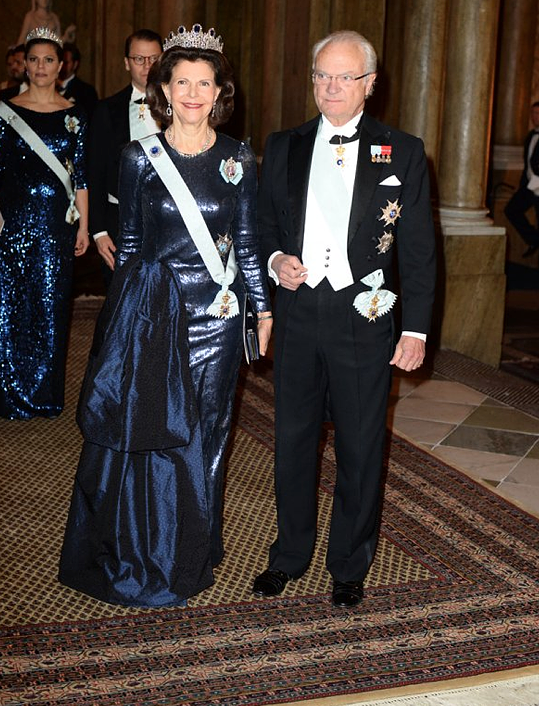 Queen Silvia was matchy-matchy with Victoria is a blue gown, except Silvia added some extra fabric at the hip. Um… okay. Let’s just focus on the Leuchtenberg Sapphire Parure shall we. 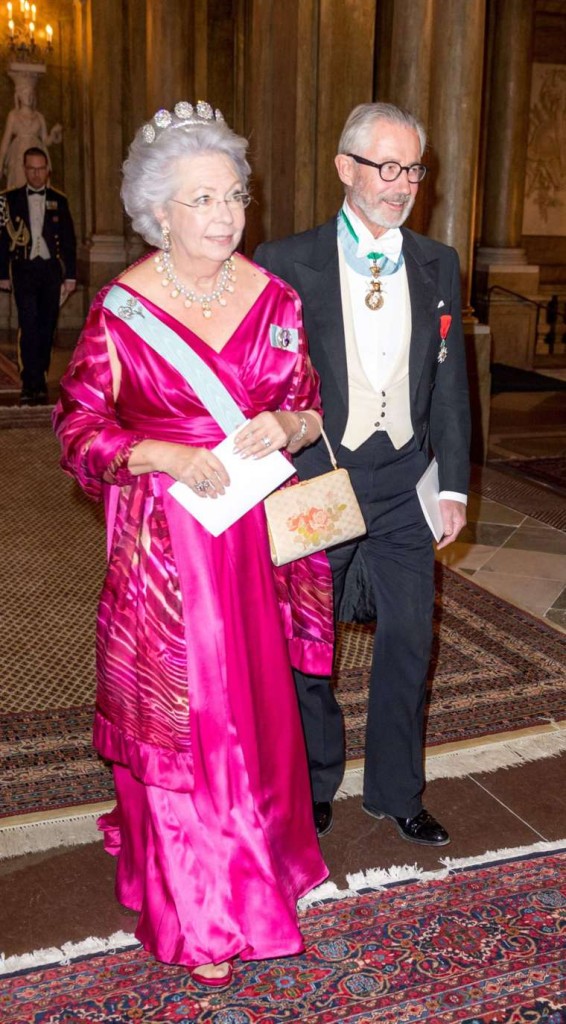 Princess Christina went bold in a bright pink gown and the Six Button Tiara. Is it weird that Christina is my second favorite dressed at this event? 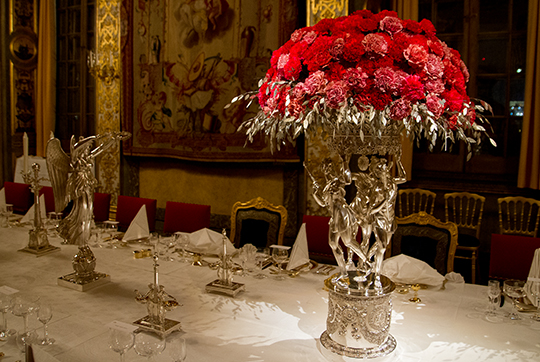 No photos of the food, sadly, but the above photo of the table setting includes Brazilian silverware and linen woven in 1891 in the city of Lille in France, with flowers of carnations in red-pink tones and silver grass.