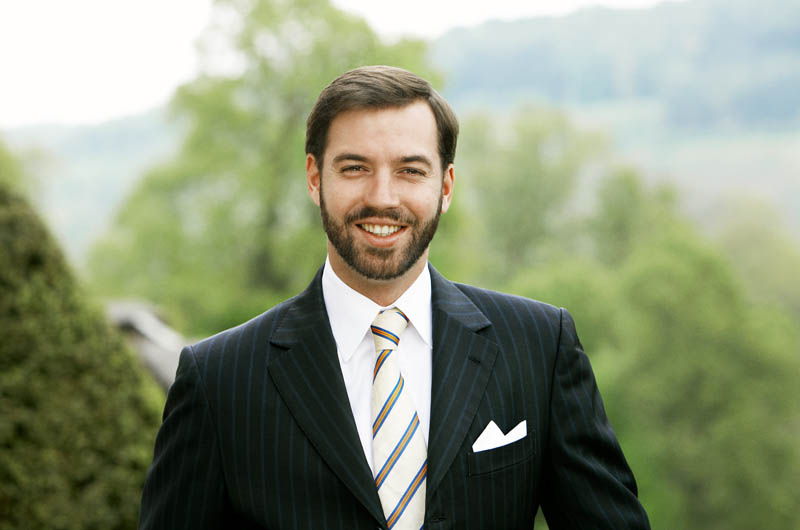 Prince Guillaume, Hereditary Grand Duke of Luxembourg was born on November 11, 1981 to Grand Duke Henri and Grand Duchess Maria Teresa of Luxembourg, and became heir apparent when his father’s ascended the throne in 2000.

Guillaume went to boarding school in Switzerland before doing his army training at the Royal Military Academy Sandhurst (the same place William and Harry trained). Guillaume is currently a Lieutenant Colonel in the Luxembourg army. He studied French at college in the UK before earning a Bachelor’s Degree with Honors in Literature and Political Science from the University of Angers in France. Guillaume speaks Luxembourgish, French, English, German, and Spanish. 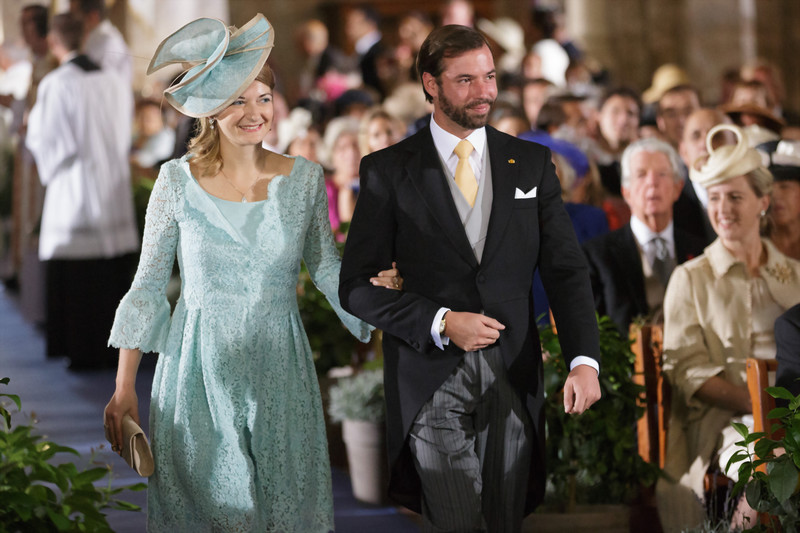 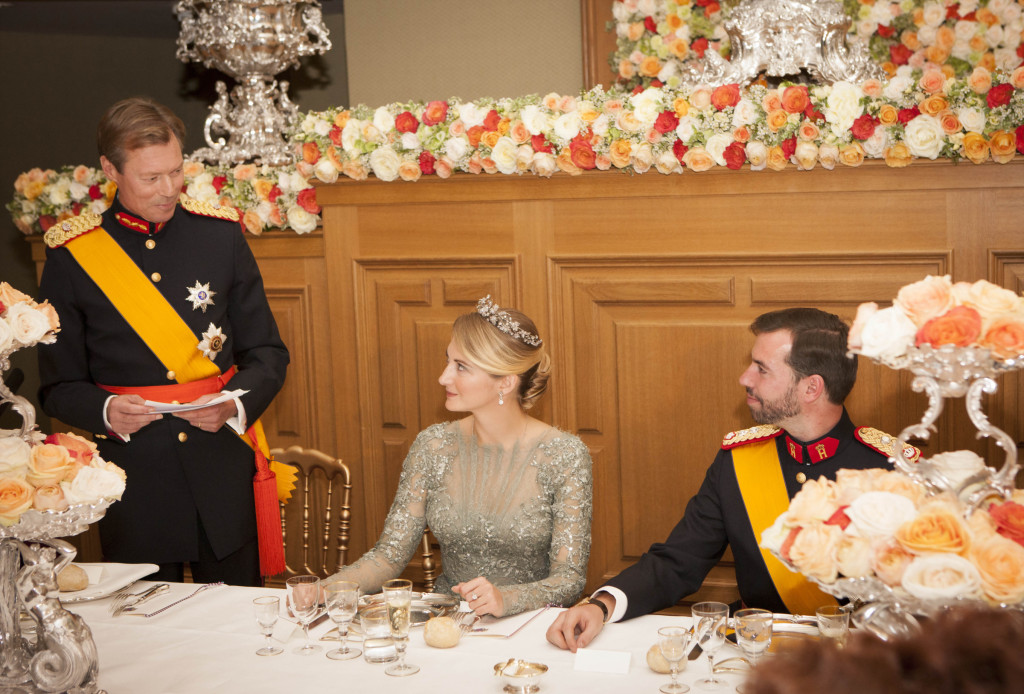 Stephanie wore Elie Saab to the pre-wedding gala dinner (photo above) and a diamond tiara with a floral leaf and berry motif from the Luxembourg collection. 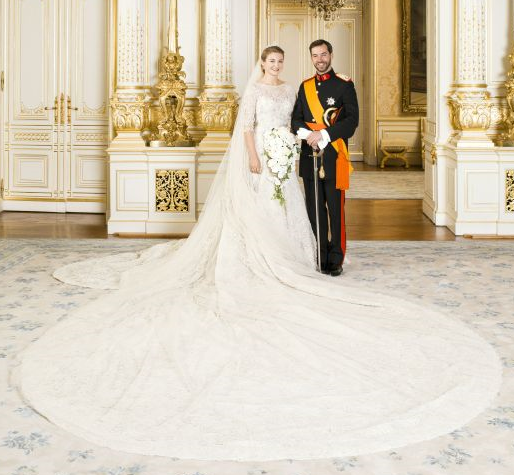 Stephanie stuck with Elie Saab Couture for her wedding day as well. The dress features a full skirt, 3/4 length sleeves, and a 4.5 meter train. It’s made of silk crepe, tulle, satin organza, Chantilly lace, and Calais lace, with embellishments of 50,000 pearls, 80,000 crystals, and 10,000 meters of silver embroidery thread. 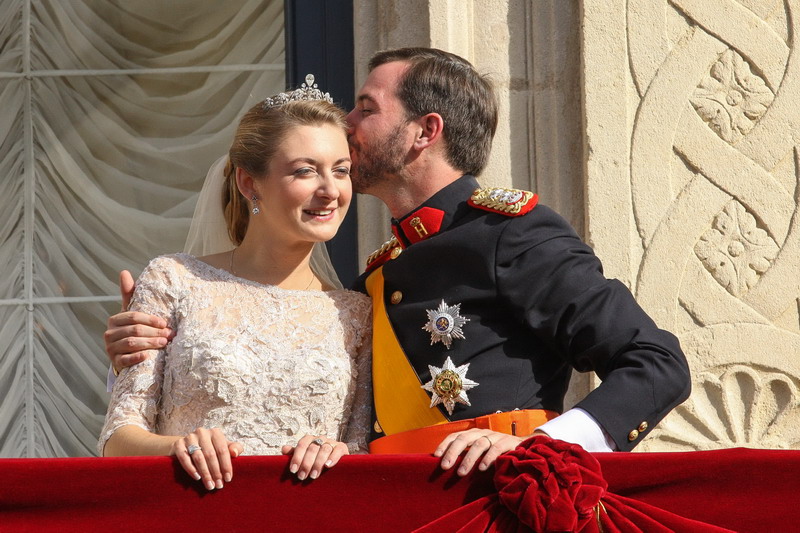 Stephanie chose her family tiara, the Lannoy Tiara, for her wedding day. The tiara was made by Altenloh in Brussels and features a large pear-shaped center diamond with smaller brilliant diamonds in a floral-ish scrolling motif all set in platinum.

The Lannoy Tiara is not my favorite, but Stephanie’s Elie Saab is one of my favorite royal wedding dresses (or any wedding dresses, really). So beautiful and fairy tale. Definitely worth hijacking a Hot Guy post for. 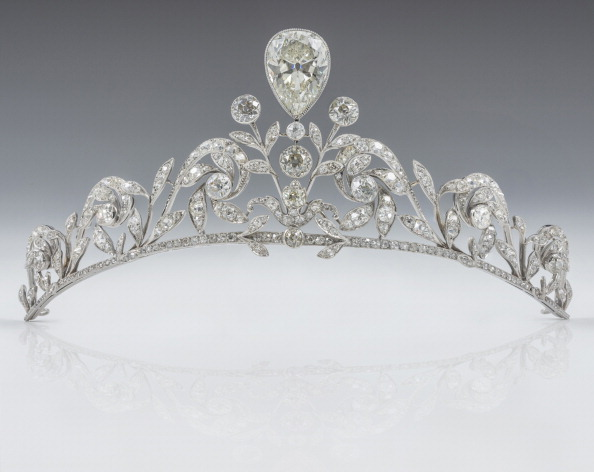 Oh, by the way, Guillaume and Stephanie don’t have any children yet.

Here are some more photos of Guillaume and Stephanie in the years since their wedding.

Guillaume and Stephanie (along with Prince Albert) attended the dinner hosted by the former Queen Beatrix ahead of her abdication on April 29, 2013 in Amsterdam. Stephanie wore an Elie Saab gown with the Grand Duchess Marie-Adelaide Tiara. I usually like Elie Saab, but this one not so much.

The couple attended Princess Madeleine and Chris O’Neill‘s pre-wedding dinner on June 7, 2013 in Stockholm. I think Stephanie looks really pretty in this gown…

… But the gown she wore to the actual ceremony on June 8 missed the mark for me. The jewels were nice, though. Stephanie went with the Citrine or Topaz and Pearl Tiara with matching earrings and necklace. BTW, Guillaume is wearing the Order of the Gold Lion of the House of Nassau (Luxembourg), and Stephanie is wearing the Order of Adolphe of Nassau (Luxembourg).

Guillaume and Stephanie at the baptism of Princess Amalia, the daughter of Prince Felix and Princess Claire, in 2014. 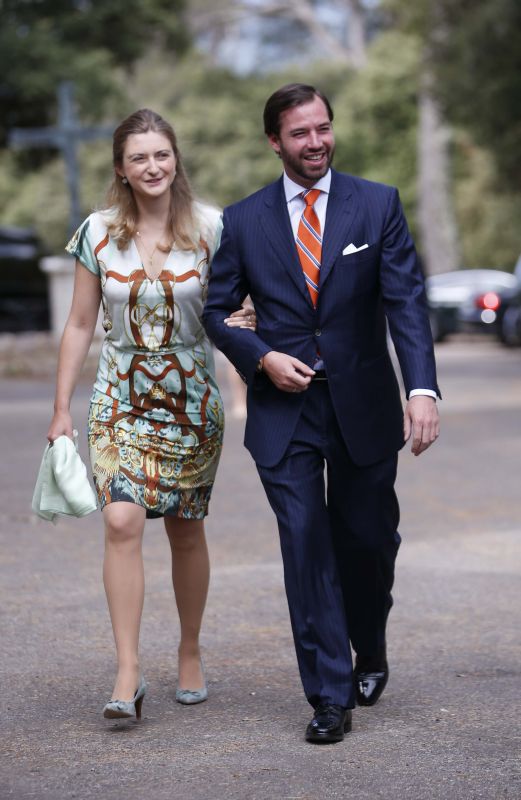 Guillaume and Stephanie celebrating Luxembourg National Day on June 23 attending a church service. Stephanie wore this yellow Paule Ka dress. This is probably my second favorite outfit I’ve seen Stephanie in (that might just be because I love yellow). I want this dress.

Also for National Day, Guillaume and Stephanie joined the Grand Ducal Family for a gala dinner. Stephanie wore this slinky silver dress along with the Grand Duchess Marie-Adelaide Tiara. It’s a bit more sexy than I would think for a royal, but it looks nice. Overall, I think Stephanie’s style has improved since her wedding. 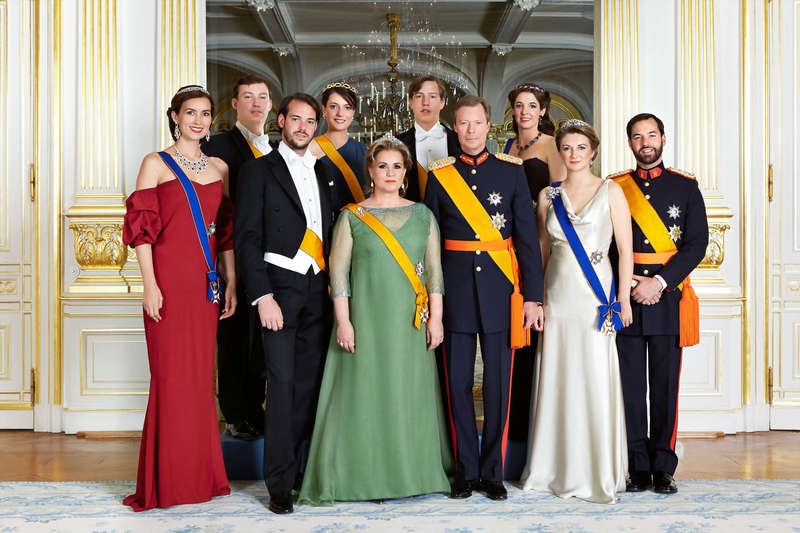