Yesterday was International Holocaust Remembrance Day and the 70th anniversary of the liberation of the Nazi concentration and extermination camp, Auschwitz-Birkenau, by Soviet troops. There was a ceremony at Auschwitz attended by heads of state, dignitaries, and over 300 Auschwitz survivors. Additionally, there were a number of commemorative events held around the world. A number of Europe’s royals attended the ceremony at Auschwitz or other events in their own countries. Prince William released a statement from Mustique.

Those in attendance at the ceremony at Auschwitz:

The King and Queen of the Netherlands, King Willem-Alexander and Queen Maxima.

The King and Queen of the Belgians, King Philippe and Queen Mathilde.

Those in attendance at ceremonies around the world:

The King of Spain, King Felipe in Madrid. Felipe gave a speech (full speech here), he said in part: “The Holocaust represents an unmitigated defeat at the hands of evil, brutishness and ignorance… Jews and Gypsies from different nationalities, believers of all religions, freedom fighters of all countries, the disabled and those discriminated against, suffered a brutal assault outside any reference to humanity.” 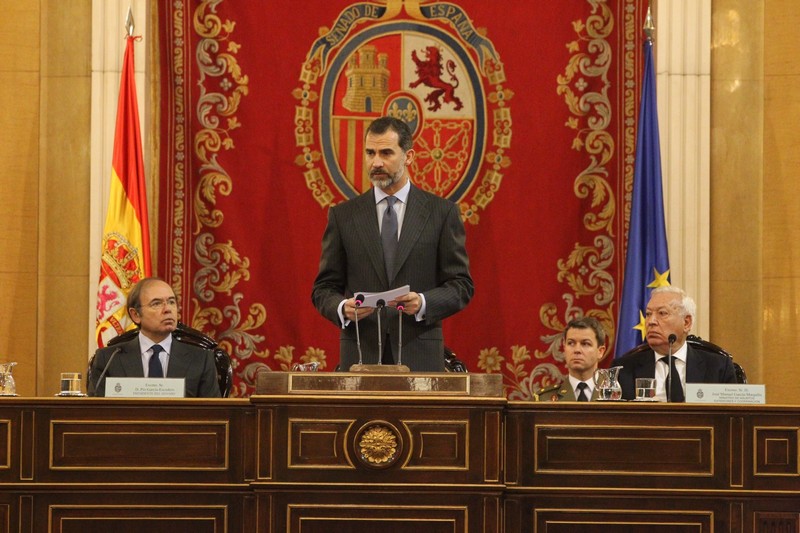 Prince Charles and Camilla, Duchess of Cornwall at a candle lighting ceremony with Holocaust survivors in London. Charles gave a speech (full speech here), he said in part: “The Holocaust is an unparalleled human tragedy and an act of evil unique in history and it is for these reasons that we must always remember it and honour its Jewish victims – and the Nazis’ other victims.”

The King and Queen of Sweden, King Carl XVI Gustaf and Queen Silvia, and well as Prince Daniel, attended events in Stockholm. 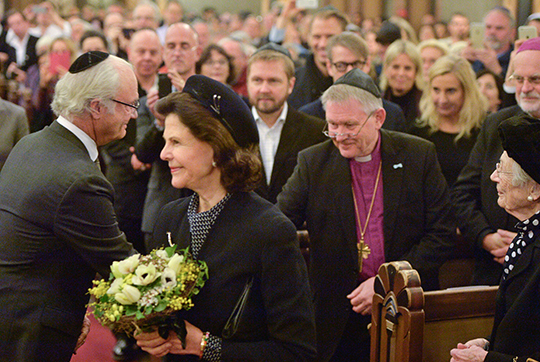 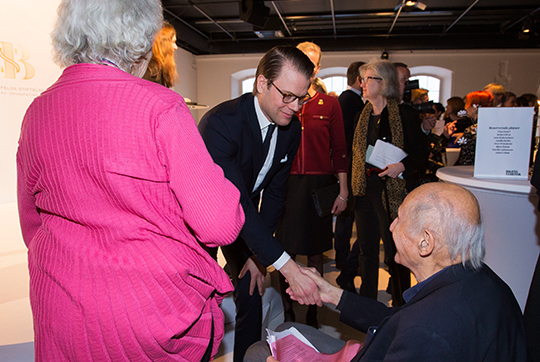 Crown Princess Mette-Marit of Norway at an event in Oslo.

Prince William, Duke of Cambridge, of course did not attend any memorial events, as he is busy sunning himself in Mustique, but his people decided it would be a good idea to release a statement on William’s behalf to Jewish News. The statement reads:

“The theme of Holocast** Memorial Day 2015 is ‘keeping the memory alive’. On the 70th anniversary of the liberation of Auschwitz, we remember all those who suffered so terribly in the monstrous evil of the Holocaust. We must never forget the indescribable suffering, the millions of lives shattered and the human impact behind the statistics.

“The commemorations allow us to honour the victims of one of the darkest chapters in human history and pay tribute t** the survivors and their stories of hope. Memories are the legacy for future generations and we must keep these memories alive to learn from the past and create a safer future.”

**This typo exists in the article.