Queen Letizia starts January with color and a speech

After two outings of boringness from Kate Middleton last week, let’s catch up with someone who not only wears color but makes speeches: Queen Letizia. Leti’s been busy already this January, so I’m combining four events into one post. Leti attended the New Year’s Military Parade, audiences at Zarzuela Palace, Telefónica Ability Awards, and the delivery of the National Research Awards 2014. 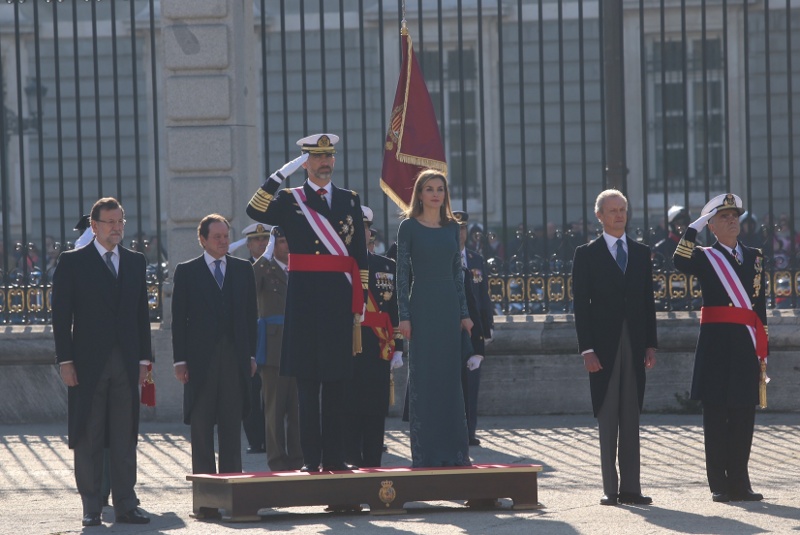 On January 6, King Felipe and Queen Letizia presided over the traditional New Year’s Military Parade, known as Pascua Militar. This celebration dates back to 1782 during the reign of Carlos III and is held annually on the day of Epiphany at the Royal Palace in Madrid. After the parade, Felipe and Letizia moved to the Throne Room to meet with officials, and Felipe gave a speech. 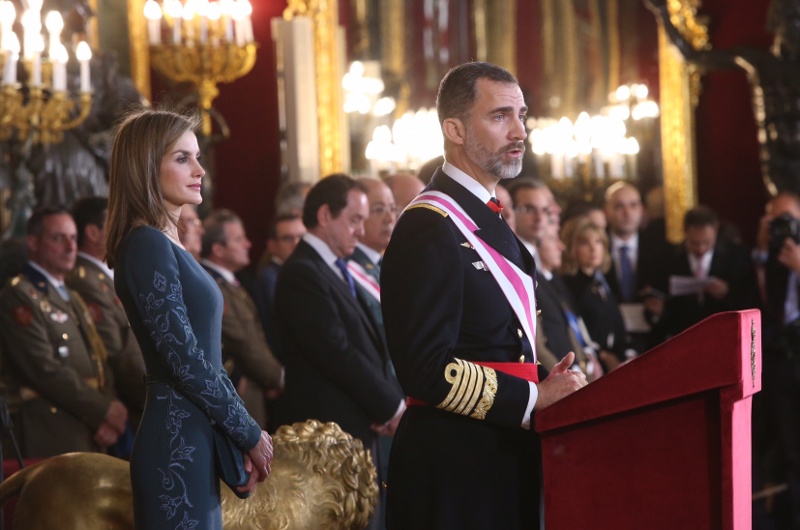 Even though the Parade is a day event, it is customary for the royal women to wear a full length gown. Leti chose a repeat from February 2014: a bespoke Felipe Varela teal gown with embroidery on the sleeves and down the sides. Leti color-coordinated her accesories, as one does, with her bespoke Magrit teal suede platform pumps and matching teal suede clutch.

Leti wore her TOUS ‘Beethoven’ multi colored earrings she first wore in November 2014. What’s interesting about the earrings is though they are a pair, they are different colors. They feature emerald, chrysoprase, green tourmaline, turquoise on one, and ruby, opal, and pink quartz stones on the other. 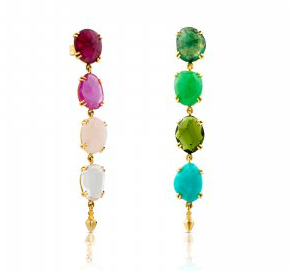 On January 9, Leti joined her husband for audiences at the Palace of Zarzuela with the National Commission for the Rationalization of Spanish Working Hours and the Spanish Rectors Conference (CRUE). Leti wore another recycled outfit, this one consisting of her Uterqüe multi-coloured tweed jacket, a fuchsia blouse, black trousers, Carolina Herrera black patent and suede pumps, and Chanel ‘Comète’ stud earrings.

Letizia said in part (full speech here): “Disability is not a problem. It is a reality that requires a joint effort of all. It is a reality that puts up a mirror. Putting people with disabilities in the production chain is the best expression of who we are as a society, as a country… I applaud the initiative of companies and organizations that have managed to realize the inclusion of people with disabilities.” 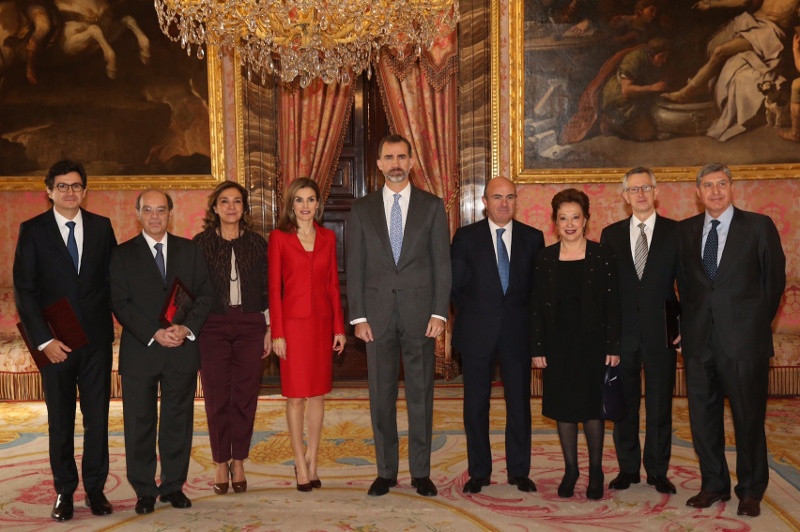 And finally, on January 15, Leti joined her husband at the Royal Palace in Madrid to deliver the National Research Awards. Each year the awards are granted to distinguished innovators in the fields of medicine, biology, engineering, law and economics and social sciences, and humanities.

Leti continued her trend of recycled outfits, wearing a red Felipe Varela jacket and skirt she first wore in 2009. Leti wore her Carolina Herrera black patent and suede pumps, and her ruby and diamond drop earrings.

I really love Leti in red, but I think my favorite of these four outfits is the Felipe Varela teal gown. Leti’s earring game is on point, and I love that she experiments with her makeup. It’s not always the same.

More photos from the events in the gallery: 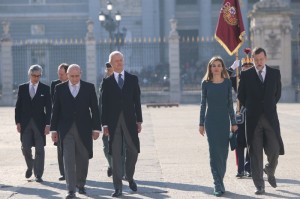 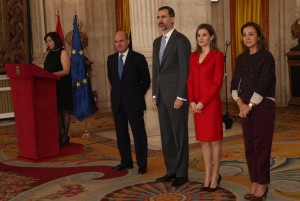 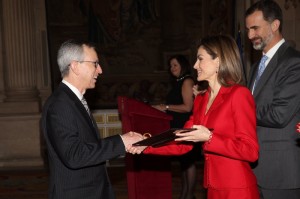