Huzzah, Kate isn’t in mourning! Kate Middleton put on her big girl panties and finally stepped out of her non-maternity mourning clothes for three engagements in Kensington today, January 19. Kate visited the charity Family Friends for a coffee morning (BTW I’m so used to typing “mourning” that I typed that first and had to correct myself), then she officially opened the Kensington Aldridge Academy, then hopped over to the Kensington Leisure Centre and officially opened that.

Family Friends helps families through a network of trained volunteers who befriend and/or mentor parents, children, and/or adolescents and offer at least a year of practical and emotional support.

While at Family Friends, Kate met volunteers and families who had been helped by the organization. When Kate was being presented with a bouquet, the little boy was overcome with stage fright and his mother had to hand the flowers to Kate. Kate said to the little boy, “I would be shy as well.”

Next, Kate visited the Kensington Aldridge Academy where she met staff and governors and toured the building (which was officially launched in September 2014). Kate also stood in on a lesson for a minute before visiting the assembly and watching a dance performance. 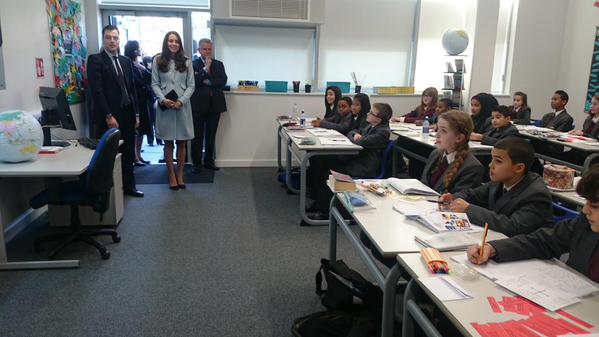 While at the assembly, there was mention of singing the school song, an announcement which caused “a brief moment of panic” on Kate’s face before she said, “I thought you were going to ask me to sing then”. Because as we all know Kate has a terrible fear of public speaking, which I imagine extends to public singing, that she refuses to deal with. And of course she probably panicked because she has no idea what their school song is. 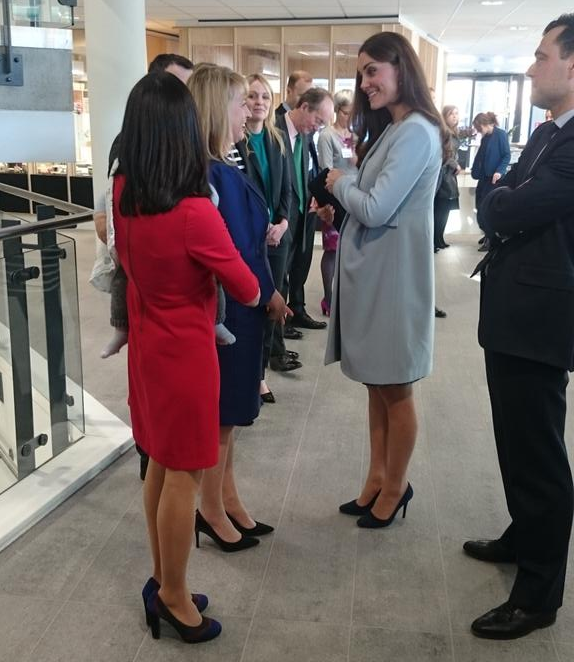 Kate then visited the Kensington Leisure Centre where she toured the facilities before unveiling a plaque. Kate received an inflatable duck for Prince George. 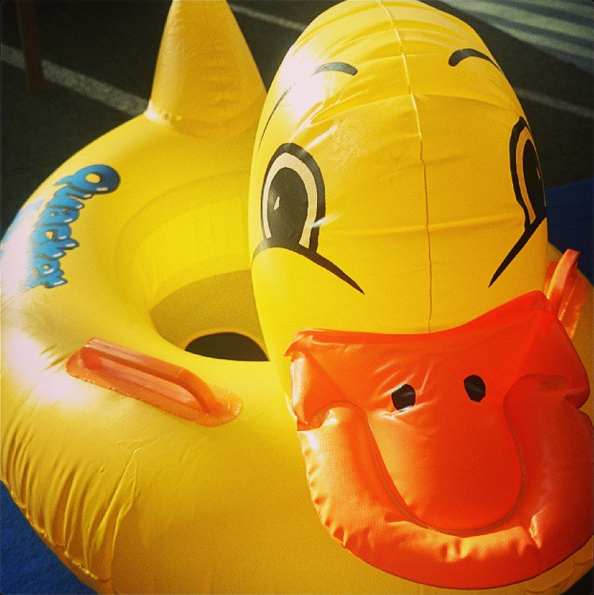 THE Duchess of Cambridge said she could feel her baby kicking during official duties. ‘It’s moving all the time. I can feel it kicking now’ 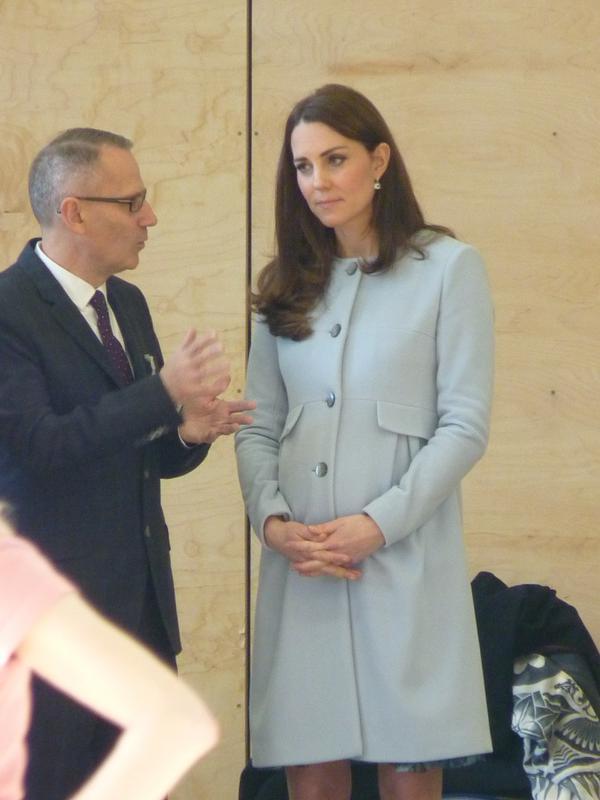 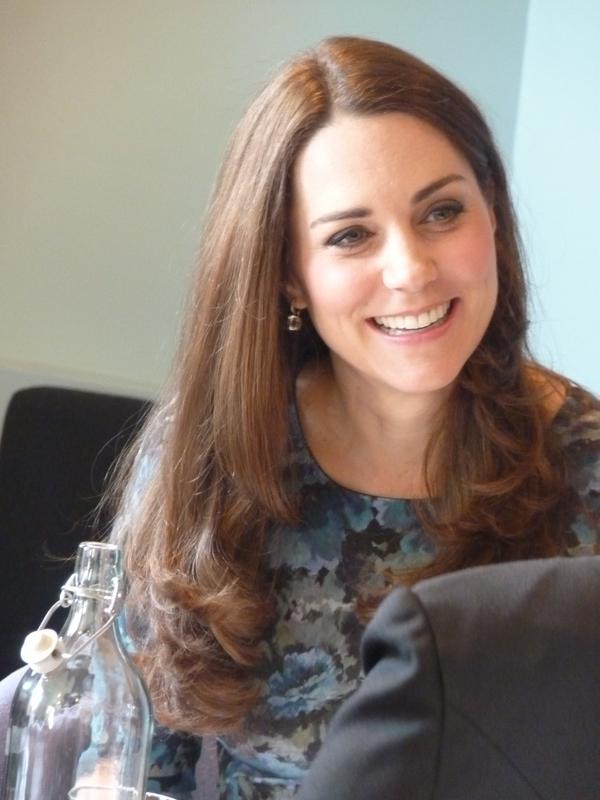 Kate finally wore proper maternity wear. She went back to her favorite maternity line, Seraphine, choosing two of their pieces for today: “Natasha Cashmere Blend Coat” (£195.00) and “Florrie Floral Print Dress” (£99.00). The coat is light blue (and kind of reminds me of the blue McQueen coat she wore twice last year), while the dress is a darker blue and green floral pattern.

Yes, the bar has been set very low for Kate, and there are still things we could nit-pick (hair down, crotch-clutching), but I’m going to say this is a win for Kate, style-wise, because it is proper maternity wear and she doesn’t look like she’s in mourning.

PS. Kate and George supposedly spent the weekend in Bucklebury with Carole. William was somewhere not in Bucklebury.

More photos in the gallery: 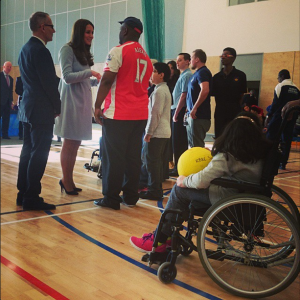 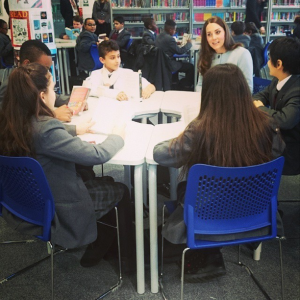 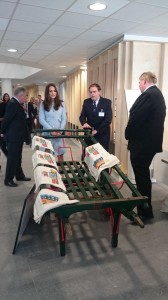 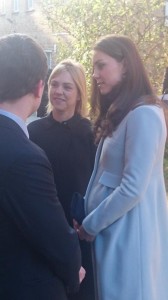