Monday, January 19, was a busy day for lots of royal women. Not only did Kate Middleton step out for three hours, but Crown Princess Victoria stepped out for the first day of her official trip to Silicon Valley (with her husband Prince Daniel and daughter Princess Estelle), Sofia Hellqvist (with fiance Prince Carl Philip) stepped out for the Swedish Sports Gala, Queen Letizia attended a Cancer society meeting, and Queen Maxima attended a conference in London. 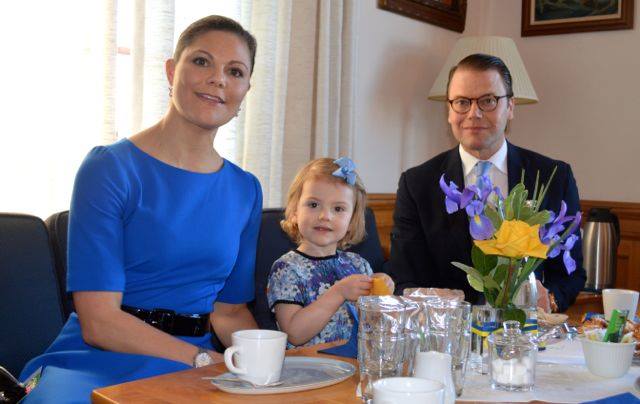 On their first official day in San Francisco and Silicon Valley, Crown Princess Victoria and Prince Daniel toured iDoc24, a digital health company offering an easy way to access a licensed dermatologist through their mobile app, and met founder, Dr. Alexander Börve (he’s the man in the middle of Victoria and Daniel in the second photo below).

On Jan 18, Victoria wore a gorgeous blue dress with a black belt. On Jan 19, Victoria wore a white graphic-print shirt and a black leather skirt, then changed into her white LK Bennett “Detroit Fitted Dress” she’s worn a few times (Duchess Kate has the dress in snorkel blue).

By the way, I love that they color-coordinated.  Victoria was in a solid blue dress, Estelle was in a blue floral dress, and Daniel wore a blue tie. 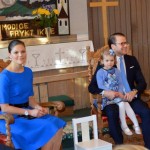 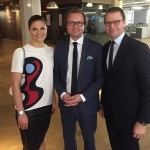 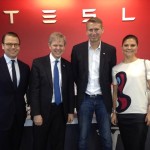 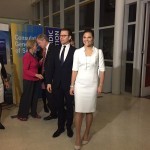 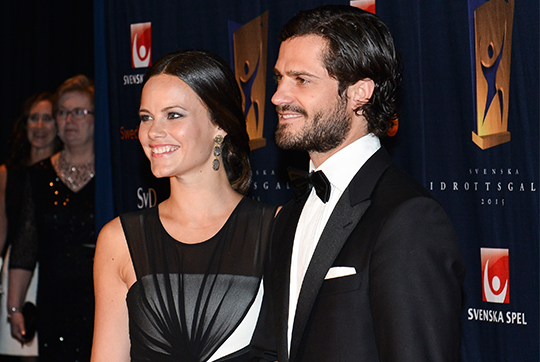 Everyone’s favorite royal-to-be, Sofia Hellqvist, stepped out with fiance Prince Carl Philip for the Swedish Sports Gala in Stockholm. Carl Philip presented an award. He has attended this gala for years, but this is the first year Sofia got to go with him. Sofia wore a black and white BCBGMAXAZRIA “Ninah” Asymmetric Colorblocked Gown. Sofia actually looks nice, which is odd since usually her gown game is terrible. 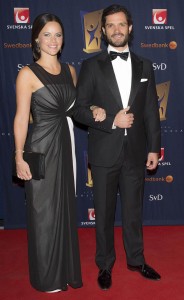 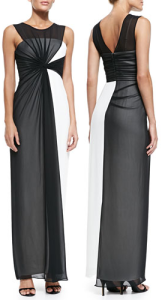 Queen Letizia attended a meeting of the Spanish Association Against Cancer (AECC) as Honorary President of the organization. Letizia, along with heads of the organization and professionals, shared details for activities in the coming year, including strategy on palliative care to patients and the program of activities for World Cancer Day (February 4). Leti attends regular meetings of the AECC. 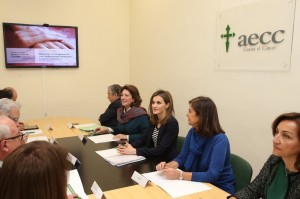 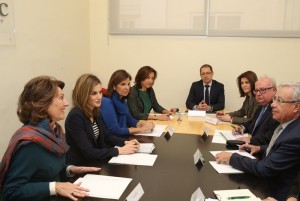 This is my first time covering Queen Maxima, so here it’s goes. Maxima attended the “Financial Inclusion: The Next Move Forward” conference at the America Square Conference Centre in London where she gave a speech talking about financial exclusion and the impact it has on people around the world.

You can read the full speech here, she said in part: “While financial exclusion is most prevalent in developing countries, it is also a challenge in advanced economies such as the UK and other European countries, including the Netherlands. According to the World Bank, the UK ranks ninth worldwide in terms of banking inclusion. But, despite efforts to address the issue – still nearly two million adults here do not have a bank account. And, as in the Netherlands, we know that many families here have inadequate savings to buffer financial shocks, driving them into debt.”