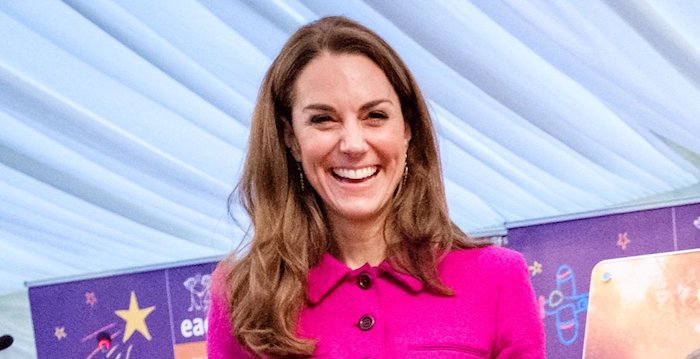 The Duchess of Cambridge was in Norfolk today, November 15, to officially open The Nook – East Anglia Children’s Hospices newest location. Kate has been Patron of EACH since 2012.

Five years ago, in November of 2014, Kate launched The Nook Appeal, which was a £10 million fundraising appeal. Since then, she made a handful of appearances in support of EACH and the appeal. In February 2015, Kate visited the Emma Bridgewater factory as Emma Bridgewater was selling two mugs in support of the appeal. In June 2016, Kate and William attended a glitzy Norfolk fundraiser, the proceeds of which went to The Nook. In December 2016, Kate notoriously skipped the EACH gala fundraiser, but sent a message of support for the charity and The Nook Appeal. Then in January 2017, Kate visited EACH’s hospice in Quidenham to get an update on the appeal. Kate’s last visit for The Nook Appeal was in April 2017 when she attended the opening of “42nd Street” in support of the appeal.

For today’s visit, Kate toured The Nook’s facilities, including a hydrotherapy pool and state-of-the-art sensory room, meeting children and families. There was also gingerbread cookie decorating.

One of the mothers Kate met, Naomi Wright, spoke to Town & Country about Kate and how she hugged her when she cried.

“EACH gives us something that if we didn’t have we would really struggle. It’s like our family,” Naomi told T&C after the visit. Of the duchess, she said, “She did speak to us and spoke to me about Rupert. I unfortunately cried, so I got a little hug, and it was quite emotional. And at the end when she walked out, she gave me a little wave. Just simple things like just make you realize that she’s a very special lady.”

Naomi added, “She’s a mum herself and you get that sense of, she does understand…You get that impression of her when she speaks to you that this is something that means a lot to her.”

Work began exactly two years ago ,and the charity’s outgoing Chief Executive Graham Butland shared with T&C how the duchess has been keen to be kept informed. “She was very keen to have regular updates as to how the building was going,” he said. Graham also noted how Kate has visited some of the families that the charity helps in their own homes as she continues her support behind the scenes. “She’s also made private visits to the hospice. She’s visited at least a couple of families in their own homes, all without publicity, not known etcetera,” he said.

He also spoke about Kate’s manner with the families. “She likes to get her hands messy, she likes to join in and do things. And it’s not put on, it’s just natural,” he said. “These parents, they can spot a dud at 100 miles. They know people who are just patronizing…To have someone like that who actually really is interested and empathizes with them is tremendous.”

Considering Kate didn’t visit EACH publicly at all during 2018, it’s good to hear that she has made private visits to the facility and families. Considering she made visits to people’s residences, I understand why those would be private – I certainly wouldn’t want cameras in my home!

EACH offers a family-centered, needs-led approach to care, ensuring all of the needs of the children and young people are met – whether psychological, physical, emotional, social, or spiritual. EACH offers both at home and in hospice care by qualified nurses, clinical nurse specialists, counsellors, care assistants, play specialists, music therapists, art therapists, physiotherapists, occupational therapists, a family therapist, a psychologist, spiritual care advisors, chaplains, chefs and housekeeping staff, and a consultant nurse.

Kate gave a speech to open the hospice, saying:

It is wonderful to be here today to open The Nook Hospice. And a huge congratulations to everyone here involved. The Nook is a realisation of a vision that began five years ago. Thanks to immense generosity and support from all those who contributed to the Appeal, this state-of-the-art facility is fully operational and already making such a difference.

At the opening of the Treehouse Hospice many years ago (which I think I will remember for some years to come as it was my first ever speech!), I referred to your hospices as being homes. This visit today has only reinforced for me just what is at the heart of what you do here, throughout your work, and that is family. You have created here at The Nook a nurturing, caring environment that allows families who are going through the unimaginable the ability to spend precious quality time with each other, comforted in the knowledge that their children are being looked after in the best possible way.

EACH was one of the very first charities that I decided to become Patron of after my marriage. Whilst a lot has changed since then, my commitment and support for this wonderful organisation and the work that you do has not.

Over the years, I have seen first-hand the depth of EACH’s reputation as a standard-bearer in children’s hospice care, both here in the U.K. and internationally too, during my visits to Malaysia and Australia. Your hugely dedicated and talented team are at the core of this success and I wanted especially today to thank you, Graham, for everything you have done over the past sixteen years and to wish you a very happy retirement.

The Nook Hospice is a fitting tribute to all your staff, its generous supporters and its awe-inspiring children and families who I have been so lucky to meet here today. I therefore could not be more delighted to invite my army of little helpers to join me in officially opening this new hospice.

Aw, baby Kate from 2012! Her speeches have gotten much better over the years, even if her delivery is still a bit flat. I had forgotten how long her pauses used to be! But good for her for improving.

Unfortunately, I haven’t been able to find a good video of the full speech, only small sections. Below includes the last paragraph of her speech, starting at 2:25.

While this jacket isn’t my favorite, because of the peplum and the buttons, I do enjoy the color and think it’s great for fall.

The DM is reporting that Catherine Quinn, Kate’s private secretary for the last two years, is leaving her position. I saw the headline on Twitter but I don’t want to give the DM clicks so I haven’t read the article and I won’t link it here. But if that’s true, then that’s a bummer; Catherine Quinn was seemingly good for Kate.