Kate Middleton was at the Norfolk Showground in Norwich today, November 25, to attend the launch event for East Anglia Children’s Hospice’s (EACH) £10 million fundraising appeal to build a new children’s hospice in Norfolk, called The Nook. The Duchess of Cambridge joined 700 guests to learn about the proposed hospice EACH plans to build and hear from people who had been helped by EACH.

EACH supports families of and cares for children and young people with life-threatening conditions. Offering a holistic and family-centered approach to care ensuring that children, young people and their families needs are met, whether physical, emotional, social or spiritual. Care can be delivered in the family home, at hospital, in the community, at one of our three hospices, or a combination of all three, depending on the family’s and child’s preference. EACH currently has hospices in Milton, Quidenham, and Ipswich (called the Treehouse, which Kate opened in March 2012). 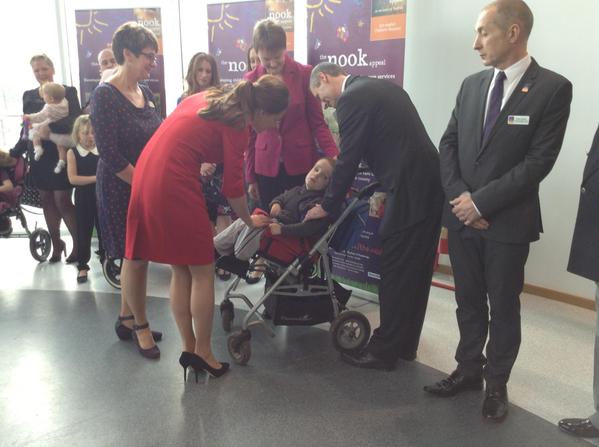 In a foreword message in the event’s program, Rebecca Deacon wrote:

The year ahead is an exciting one for East Anglia’s Children’s Hospices. In addition to developing their care across East Anglia, the task of fund-raising for a new hospice in the heart of Norfolk begins.

I have been fortunate to meet with a number of families receiving services from EACH. Hearing how much EACH’s support means to them reminds me what a wonderful organisation it is: I am enormously proud to be their patron.

As one of the oldest children’s hospices in the UK, Quidenham has been a home-from-home to many families for more than 20 years. It is incredibly exciting that EACH are now looking to upgrade these facilities to provide children and families in Norfolk with even better care in a purpose-built environment: a 21st-century hospice for 21st-century care.

I greatly admire the dedication, generosity and achievements of the charity’s supporters and volunteers, and look forward to seeing the progress of this campaign. Together I hope that you will achieve this vision for Norfolk families and continue to transform lives.

I like that Kate/Rebecca Deacon has been writing messages about the charities and visits she’s been doing the last few times. I think it is smart for her to make comments about each visit. So while these messages are just the forewords to programs, it’s still nice to read a message from her, especially if she’s not going to make a speech.

Leigh Smith (pictured above) gave a speech about her daughter, Beatrice, who died earlier this year from a rare heart condition. Kate was “in tears” after Smith’s speech. Smith said: “Kate sought me out and gave me a hug just before she left. I was getting quite teary-eyed, she had tears in her eyes and she just said to me, ‘You’re a very brave lady and again, I’m just so, so sorry’.” I would believe this even if there weren’t photos of her looking sad while leaving. Kate’s pregnant and hearing about a baby dying would most likely hit her close to home right now, especially with the hormones running around.

Apparently, Kate and Smith had already had contact. Smith wrote to Kate after Beatrice died, and Kate replied. Smith said: “I was so surprised to receive a letter with such personal comments and signed by her. It was a lovely gesture and helped me through a terrible time. I was touched that she had taken so much time to carefully read my letter and then to reply herself – it shows how much she cares. When I met her today she remembered the letter and said it was an honour to meet me. I was completely taken aback. For me it was an honour to meet her.”

I wonder if the letter was hand-written and signed, or typed and signed. Because if it were typed and signed then it might not have been “from Kate herself”, you know. Just because it’s signed by Kate doesn’t mean Rebecca Deacon didn’t write it. I really want to believe Kate wrote the letter herself, but… we all know what Kate is like. Ugh, I hate that I have to type that. SHOW me how much you care, Kate! Because I just can’t believe it when other people TELL me – you’ve told too many lies at this point.

Kate met Emma Bridgewater to inspect her specially made pottery – part of the proceeds of which go toward the Norfolk hospice. A royal aide said: “It was the duchess’s idea to approach Emma, whom she didn’t know previously, and she helped in the design process.” The pottery will be available March 2015 on Bridgewater’s website. 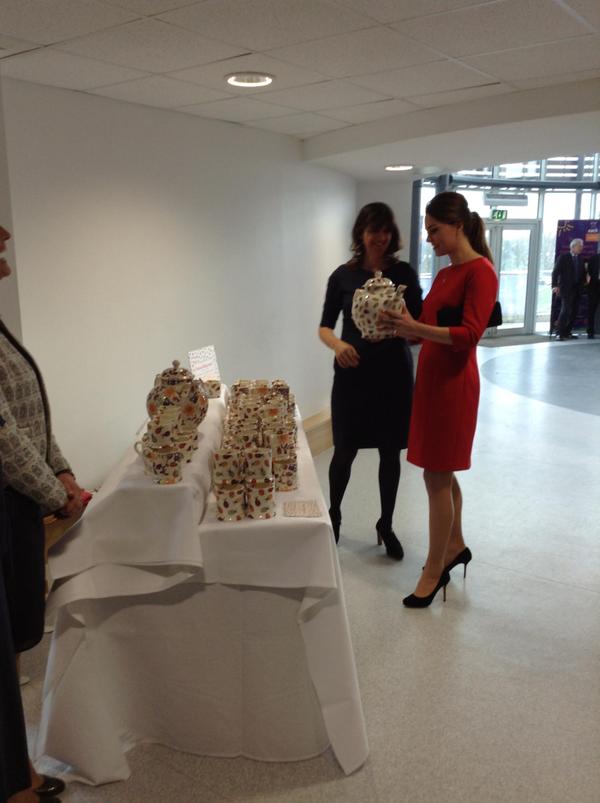 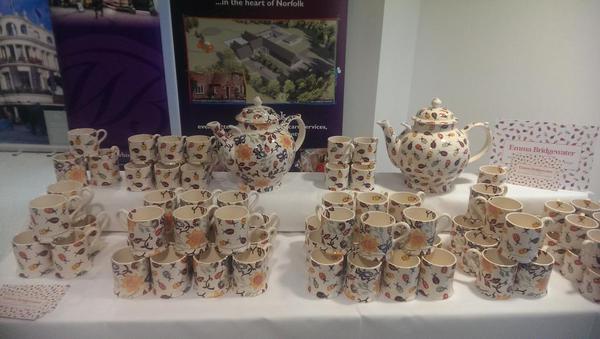 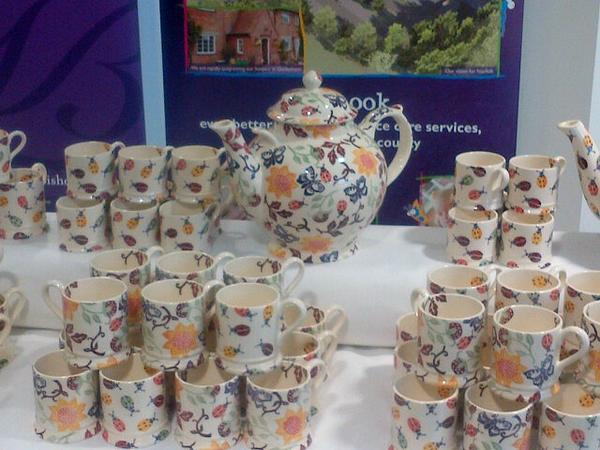 Kate wore a red (but kind of looks orange in some pics) Katherine Hooker dress that fit a bit looser than what she’s been wearing lately. Kate wore the Ascot dress in a custom color. The dress sells for £380.00 on the designer’s website, but the custom service on that dress starts from £495.00 (and goes up depending on how much work is done). Kate wore her Mappin and Webb Fortune necklace (£3,950.00) that she’s had for well over a year, but we haven’t seen in a while. She also wore her Kiki McDonough Green Amethyst Cushion Cut drop earrings (£1,300.00) she debuted earlier this year. Kate wore her hair in a ponytail, yay! 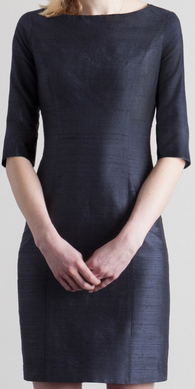 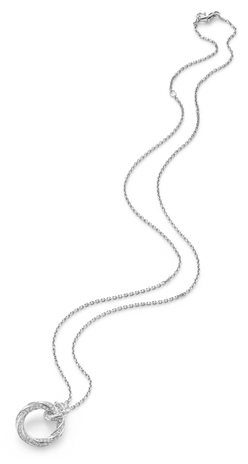 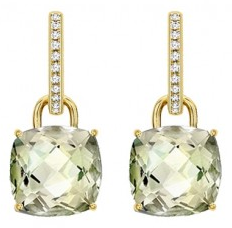 The tables were named with the top 100 children’s names, and Kate was seated at the “George” table. How apt. Lol at the bag hand-off between Kate and Rebecca. So does that mean Rebecca holds Kate’s bag when she doesn’t want it? Like, could Rebecca just hold Kate’s bag the entire time, instead of Kate holding it to her crotch while she walks and greets people? Kate’s crotch-clutching ways bug, and show her insecurity, but if she must crotch-clutch, or thinks carrying a bag is part of her fashion, then she should get better bags. Except for a few notable pieces, Kate’s bags are always so boring and plain. 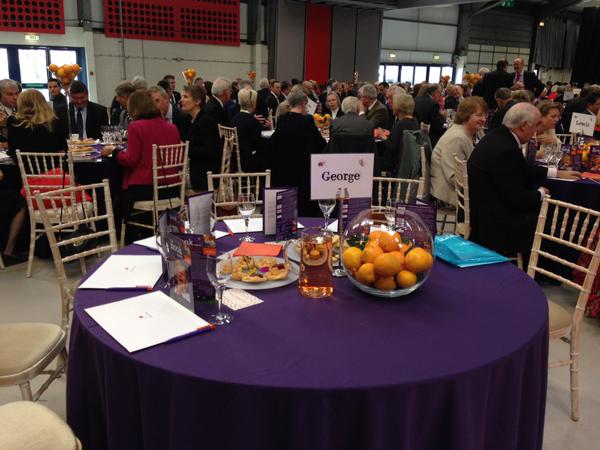 Kate stayed for an hour and twenty minutes of the three hour affair. The event was scheduled to last from 11 AM – 2 PM. Kate arrived at about 11:40, and left at around 1:00.

This was Kate’s first EACH visit this year. She did visit the Treehouse sometime in June without the press, but with a formal photographer to take pictures that EACH used in promotion on June 19. That visit was not counted in the Court Circular.

By my count, Kate has only made a handful of appearance on behalf of EACH since becoming it’s Patron in January 2012. She visited the Treehouse on March 19, 2012. Released a video in support of Children’s Hospice Week on April 28, 2013. Visited Naomi House children’s hospice as Patron of EACH on April 29, 2013. Visited the Treehouse again to take pictures in support of Children’s Hospice Week released June 19, 2014. And today’s appearance to launch the Norfolk appeal.

Kate has made a number of other visits to other children’s hospices – it’s one of her most frequented type of charity visit – but not all of those visits were in support of EACH specifically.

“Bump” watch – except you can’t see anything (except Kate’s Bump It) because the dress is so loose. Second photo: A close up of Kate’s “bump” when she pressed her clutch to her crotch. Also note her hand placement – her right, and dominate, hand is on top, instead of how she usually holds her hands with her left on top to show off Diana’s ring.

Rebecca Deacon shout out! Her skirt is kind of short, though. Lol at her grumpy facial expression.  Is she trying to copy George?

Here is a picture of the foreword from today. 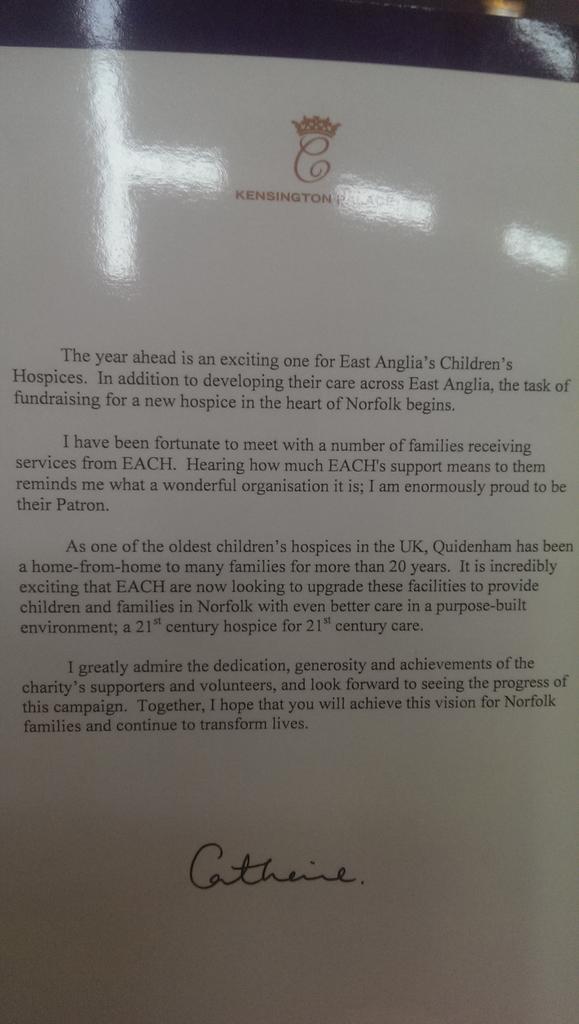 And here is a picture of the foreword Kate/Rebecca Deacon wrote for the annual financial report that was released in March that I found while searching the EACH website. 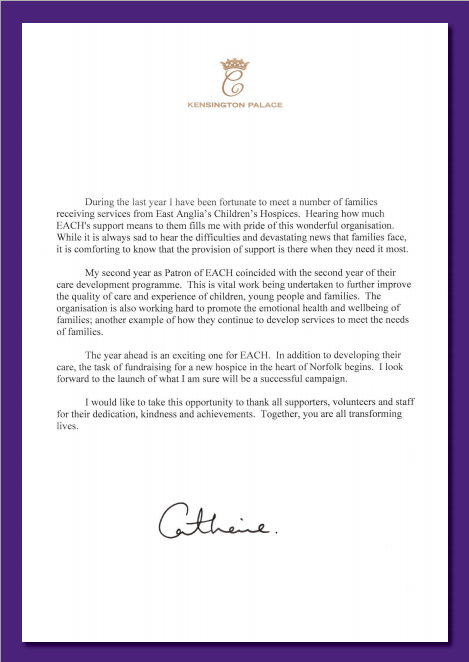 A never before seen photo of the Cambridges has come out – it is apparently a tour gift, or something. I’m going to guess, judging by George’s expression, that the photographer is waving a stuffed animal to get him to smile, and George is thinking, “You think you’re going to get me to smile, bro? Think again. Now you just look like an idiot waving a stuffed toy around.”

This photo was taken b4 the AUS/NZ tour on the same day as the window portrait. It’s the official tour gift. #royal pic.twitter.com/sn29cQS5ue