Dear Kensington Palace: I know America is not the center of the universe, I know America isn’t even the center of the British Commonwealth, but did you have to announce Prince William‘s Japan and China tour on Thanksgiving? I mean really, I’m sitting here preparing for a turkey food coma; you’re lucky I was even paying attention to you at all. But now I’ve got to spend time thinking about the New Grumpy Face (because he’s got a serious case of Resting Bitch Face) instead of getting my comfy pants ready for later. I mean, I know we kicked your butts in two wars, but we’ve also helped your butts win two wars, and we’ve been tight since then, so why you got to be like that, KP?

As a Happy Thanksgiving to all the Americans out there, Kensington Palace announced the Duke of Cambridge’s tour to Japan and China for late February to early March next year, 2015.

The press release reads in part:

First, in Japan, His Royal Highness will undertake engagements in Tokyo and elsewhere on behalf of the British Government, focused on UK-Japan relations, commerce and cultural exchange and in support of his own personal interest in combating the illegal wildlife trade.

Then, in China, the Duke will officially open the GREAT Festival of Creativity at Shanghai’s Long Museum on Monday, 2nd March. The Duke will also undertake engagements in Beijing and elsewhere to promote UK-China relations, people to people links, and in support of his work to combat the illegal wildlife trade and support wildlife conservation.

Further details and the itinerary will be released closer to the start of the tour.

There was no mention of whether Kate Middleton was ever going to be a part of the tour and she dropped out due to her second pregnancy, or whether it was always just going to be William going. Kensington Palace and Japan and China have had, at least, over 11 weeks to rearrange any schedule they previously had to take out anything related to Kate. Instead of, you know, changing when the visit would be, or something.

By the way, I don’t blame Kate for not going to Japan and China, she’ll be in her third trimester by then.  That’s a long way to travel while heavily pregnant for just three days in each country, plus whatever business she would have to do while there.

I will be curious to see which royal reporters and photographers go on the tour to cover William’s visit. Only a few joined Prince Harry in the middle east recently. And Richard Palmer dropped out of Malta when Kate did. A solo William isn’t that much of a draw, so I will be very interested to see who joins him in Japan and China.

Peter Hunt of the BBC keeps harping on the fact that William’s trip highlights the fact that Prince Charles has not toured China at all (though he and Camilla, Duchess of Cornwall visited Japan in October 2008). Charles is tight with the Dalai Lama, who is seen by the Chinese as a separatist threat. I don’t see the problem here, Charles is tight with a dude the Chinese don’t like, why would they WANT him to visit? Am I alone in not caring that Charles hasn’t visited China?

You know what I need to cleanse my soul and prepare for my turkey food coma? The OG Grumpy Face and his OG “treating his father as a servant” ways. 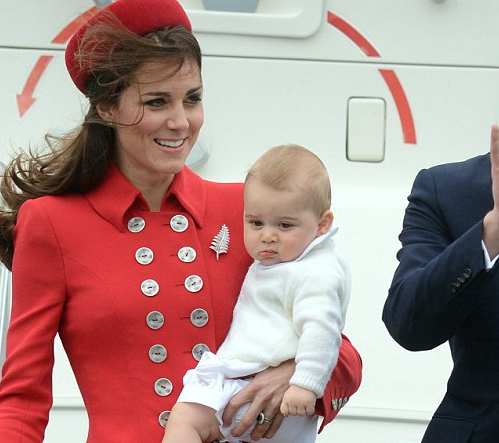