Prince William
May 16, 2017May 14, 2017 by katemiddletonreview62 Comments on Prince William receives LGBT Award

Last Friday, May 12, Prince William was named the Celebrity Straight Ally at this year’s British LGBT Awards. William did not attend the ceremony, instead sending a video message. 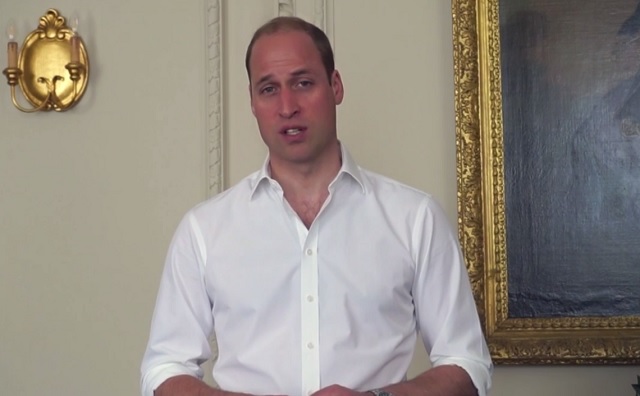 You can watch the video here (trying to embed does weird things). In the video, William says:

“Good evening, everyone. I’m sorry that I can’t be with you all this evening, but I hope you’re having a wonderful time. I’d like to say a huge thank you to everyone at the LGBT Awards for this incredible award. It is a real honor to be recognized in this way. In recent years, I’ve become passionate about what we can do to protect people from bullying, particularly online. Through this work, I’ve encountered a number of tragic stories about LGBT young people who have sadly felt unable to cope with the abuse and discrimination they face in their lives. But this work has also led me to a number of inspiring people who are helping others to stand up to bullying wherever it occurs. It is 2017 and no one should be bullied for their sexuality, or any other reason. It is so important to be proud of the person you are. I am very proud to receive this Ally Award. Thank you and have a good evening.”

How much of a stronger statement would it be for William to say, “no one should be bullied for their sexuality”, and leave off the qualifier of “or any other reason”?

The co-founder of the British LGBT Awards, Sarah Garrett MBE, said of William’s award and video:

“Prince William has used his position to promote diversity and speak out against homophobic bullying. He is a very deserving winner of the ally award and it is wonderful that he took time out of his schedule to make this short video. His message will resonate and offer hope to young people around the world who have faced discrimination because of their sexuality.”

To recap: William covered the July 2016 issue of Attitude magazine, in which it was revealed that William had invited Attitude mag to bring nine members of the LGBT+ community to Kensington Palace to hear their experiences of homophobic, bi-phobic and transphobic bullying, and discuss the mental health implications of bullying in the LGBT+ community. After the discussion, William posed for the cover and made a short statement:

“No one should be bullied for their sexuality or any other reason and no one should have to put up with the kind of hate that these young people have endured in their lives. The young gay, lesbian and transgender individuals I met through Attitude are truly brave to speak out and to give hope to people who are going through terrible bullying right now. Their sense of strength and optimism should give us all encouragement to stand up to bullying wherever we see it. What I would say to any young person reading this who’s being bullied for their sexuality: don’t put up with it – speak to a trusted adult, a friend, a teacher, Childline, Diana Award or some other service and get the help you need. You should be proud of the person you are and you have nothing to be ashamed of.”

Being the first British royal to publicly support the LGBT+ community, William’s cover was a big deal. But I don’t think one cover/short statement/meeting really qualifies one as an active supporter of the LGBT+ community enough to receive an Ally Award. But I also understand that those awards are partially (mostly?) PR so good for them for them for getting some press, and good for William for acknowledging it by making a video.

You know who didn’t acknowledge the award or William’s video message at all? The @KensingtonRoyal and @RoyalFamily Twitter accounts.

This is Alison Baum, the CEO and Founder of Best Beginnings, one of Heads Together’s charity partners.