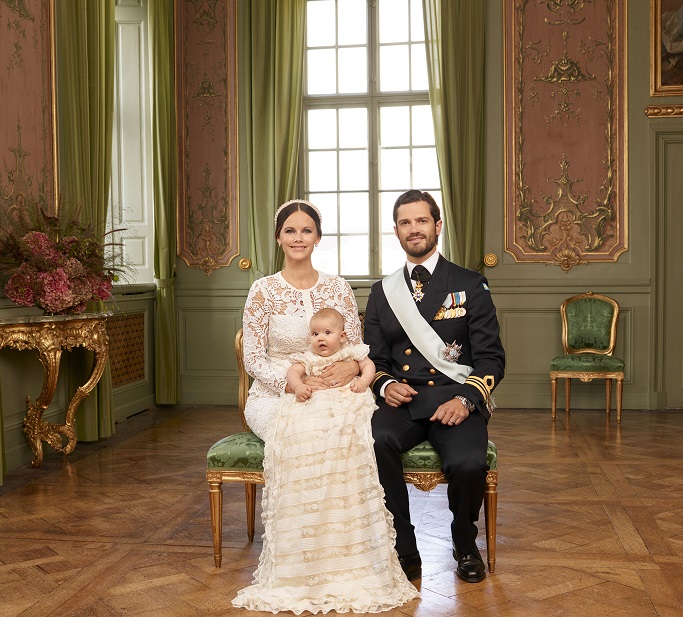 I really love the green and pink background in these photos – much better than the white in Oscar’s photos and the bright green in Nicolas’ photos – though I wish we could have gotten a photo of Carl Philip holding Alexander to mix things up a bit. 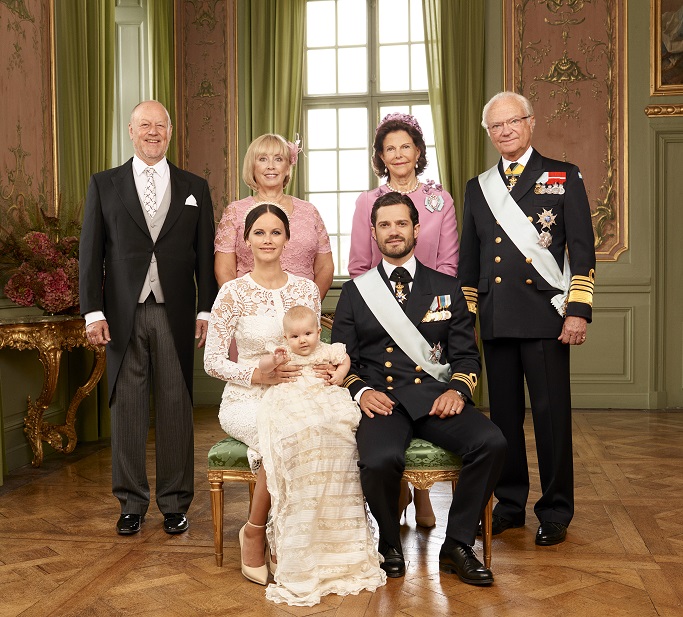 For all the talk that Carl Gustaf favors Carl Philip, you would think Carl Gustaf would smile more in this photo.

Speaking of favoritism. There was a comment on the Alexander Christening thread which mentioned the seating arrangements of Sofia’s versus Daniel’s parents at their respective children’s Christenings: Sofia’s parents sat in the front row next to the King and Queen while Daniel’s sat in the second row behind the King and Queen. I want to point out that Chris O’Neill’s mother sat in the front row at both Nicolas’ and Leonore’s Christenings – the same seating arrangement as Sofia’s parents. I also want to point out that Estelle and Oscar were Christened at a different venue than Leonore, Nicolas, and Alexander. Estelle and Oscar were Christened at the larger Royal Palace Chapel while Leonore, Nicolas, and Alexander were Christened at the smaller Drottningholm Palace Chapel, which means the seating arrangements were different between the two venues. Also, both Estelle’s and Oscar’s Christenings had foreign royals present which took precedence over the other people in attendance (even Carl Philip and Madeleine got bumped). Given that information, I would say that the difference in seating arrangements between Sofia’s and Daniel’s parents had less to do with child favoritism and more to do with venue difference. 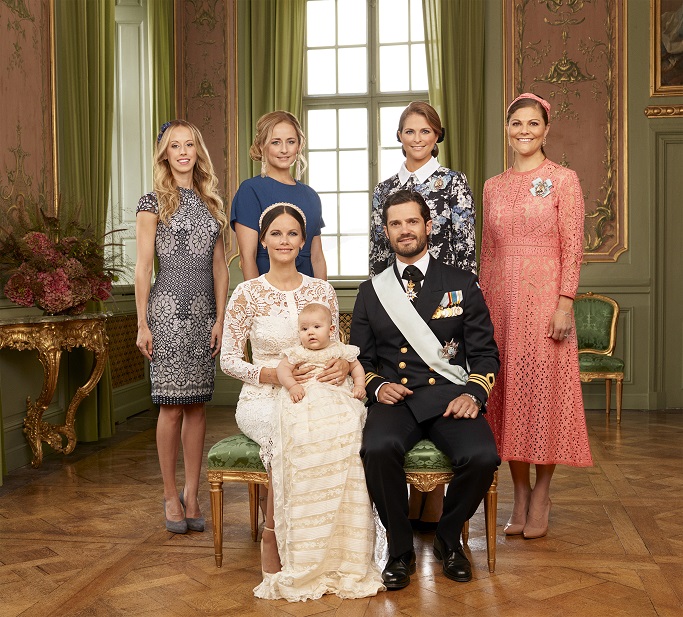 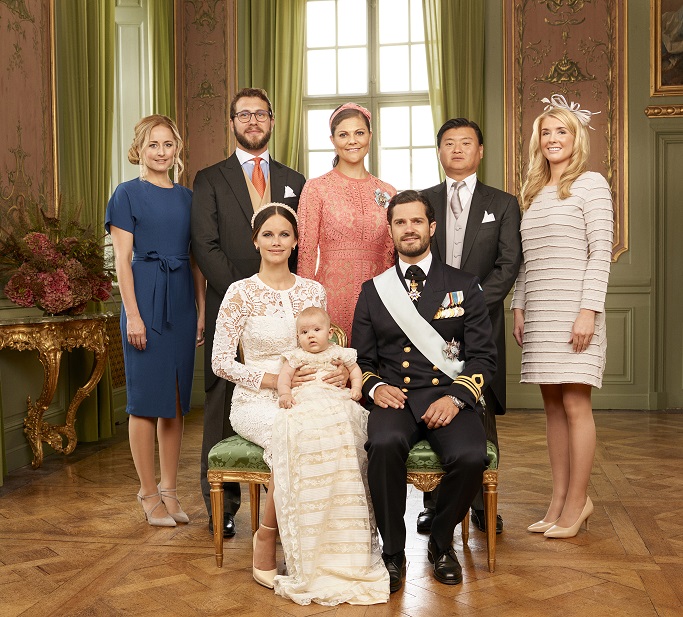 I’m fully expecting we will get a detailed itinerary of the Cambridges tour of Canada this week, possibly today. Until then, be sure to check out my post of the Cambs and Carole Middleton hanging with the Queen in Scotland.