Well this is an interesting turn of events. I had planned on amending any photos we got of Prince William and Kate Middleton going to church in Scotland to my previous post about Kate being driven by the Queen, but then the photos came out and much to my surprise Carole Middleton joined the Cambridges and the Queen for church so I decided to make this a separate post. 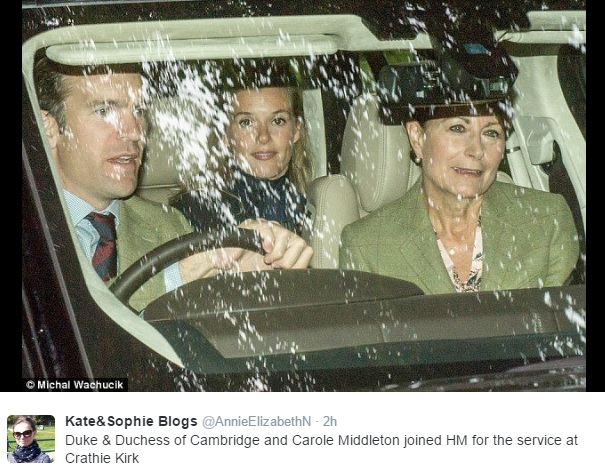 Not only did Carole join the royals for church on Sunday, but she joined the royals for lunch on Saturday, even getting driven around by the Queen. According to the Daily Mail, the Queen drove Kate to lunch (the photos we saw earlier) and drove Carole back after lunch. Though Carole’s husband Michael Middleton is no where to be seen in any of the photos, the DM says he is at Balmoral, too:

“Carole and husband Michael flew to Aberdeen on Thursday on a scheduled British Airways flight. They arrived hours after William and Kate, who have brought up their two children, Prince George and Princess Charlotte for their annual visit to the Highlands.”

Interesting. If Michael is at Balmoral, why didn’t he go to church? If he did go to church, why didn’t he ride with Carole? The cynic in me wants to say that the reason Carole got invited to Balmoral is because Carole tagging along is the only way William and Kate would agree to let Charles see his grandkids, but the more level-headed part of me says the two families are probably friendly and that’s why the Middletons keep getting invited to royal family gatherings.

In searching for photos of the Middletons at Balmoral, I came across this Richard Kay article from March this year which apparently I completely missed. It talks about how the Queen is breaking all the former “rules” about not inviting royal in-laws into the fold, how HM loves how Carole and Michael grandparent George and Charlotte, how HM prefers William over Charles and thinks William will make a great monarch, and how HM is is not only totally cool with William delaying taking on full time royal responsibilities but is encouraging it. The article is very sugary. This article could get it’s own post, and it would have had I seen it back in March, but for now just read it and laugh. 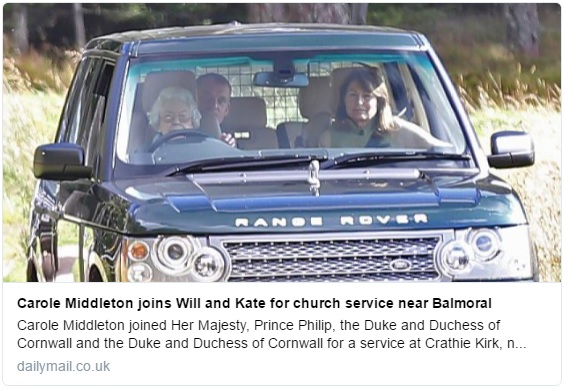 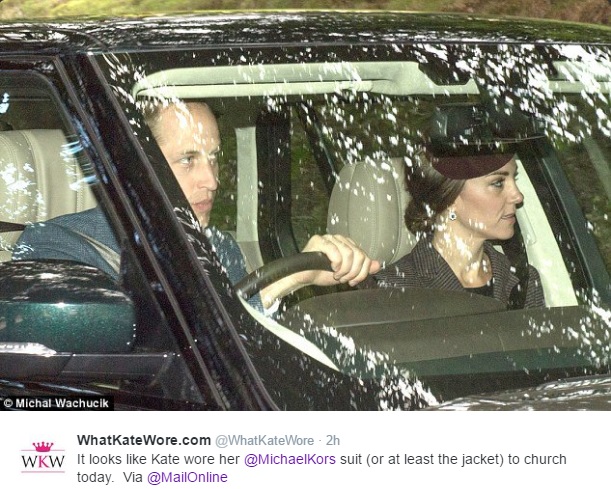 Kate appears to be wearing her Michael Kors Collection “Virgin Wool Plaid Blazer” which is her favorite church-going outfit, apparently. Kate wore her sapphire and diamond drop earrings and a new burgundy hat. 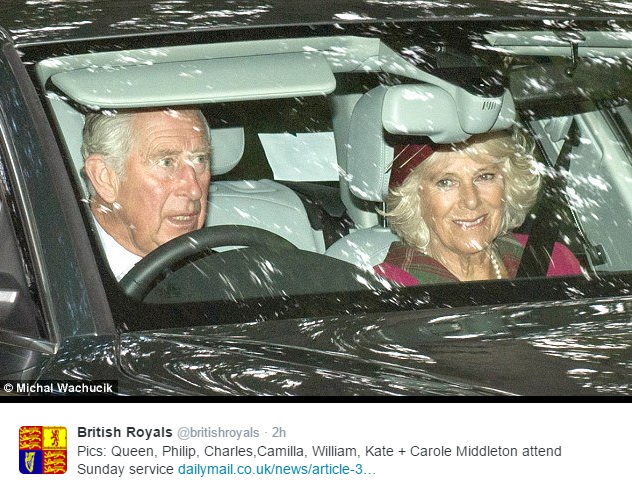 Camilla wore a pink ensemble – a pink jacket with tartan accents and a pink hat. 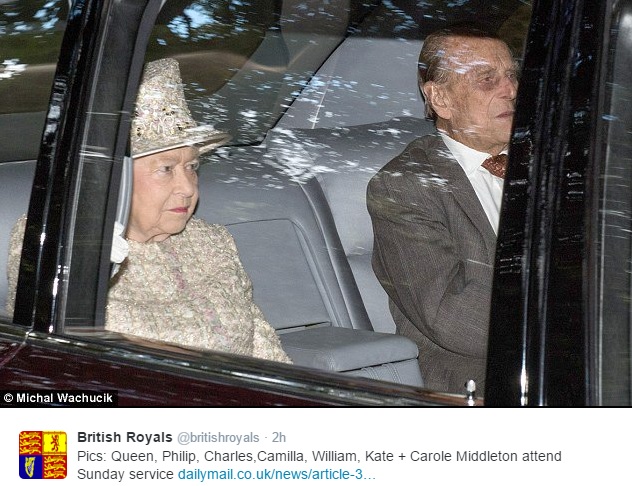