The Swedish royal court released a set of four photos of the Crown Princess family – well, just Crown Princess Victoria, Princess Estelle, and Prince Oscar – to celebrate National Day. There is a day of engagements planned (some of which have already happened) which will bring out the entire Swedish Royal Family (I’ll cover that in another post later). 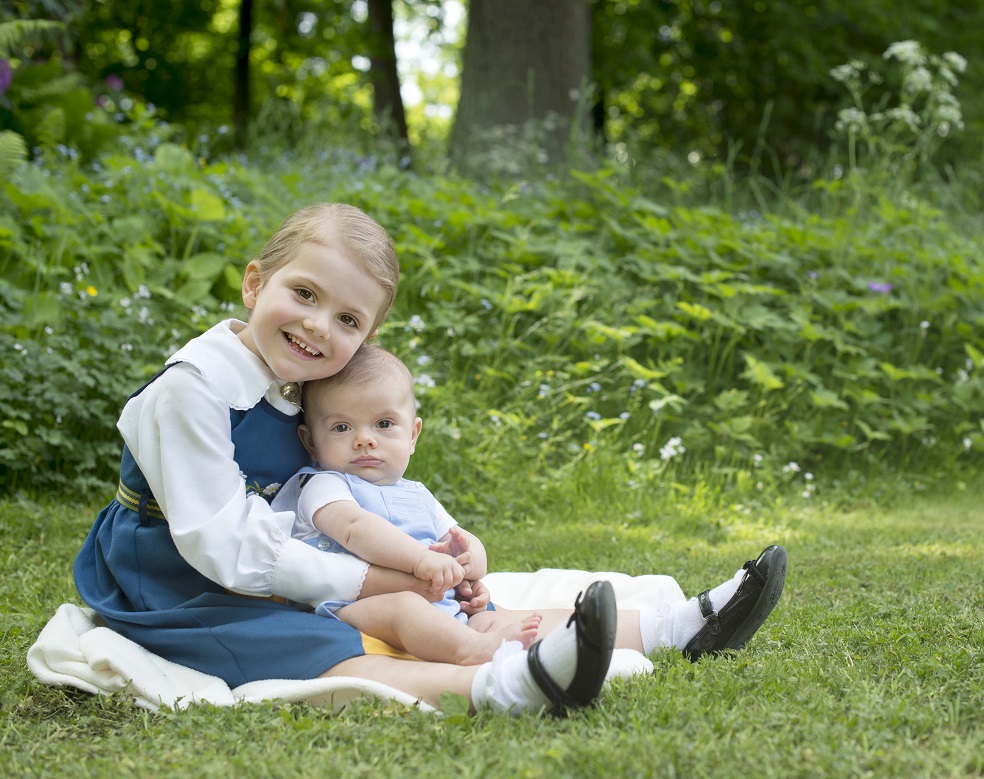 The first photo is of Princess Estelle holding Prince Oscar in her lap – Estelle is wearing her national dress while Oscar is wearing blue overalls.

The second photo features Crown Princess Victoria holding Oscar on her lap with Estelle at her side. I really like this one because the Surprise Face is back. 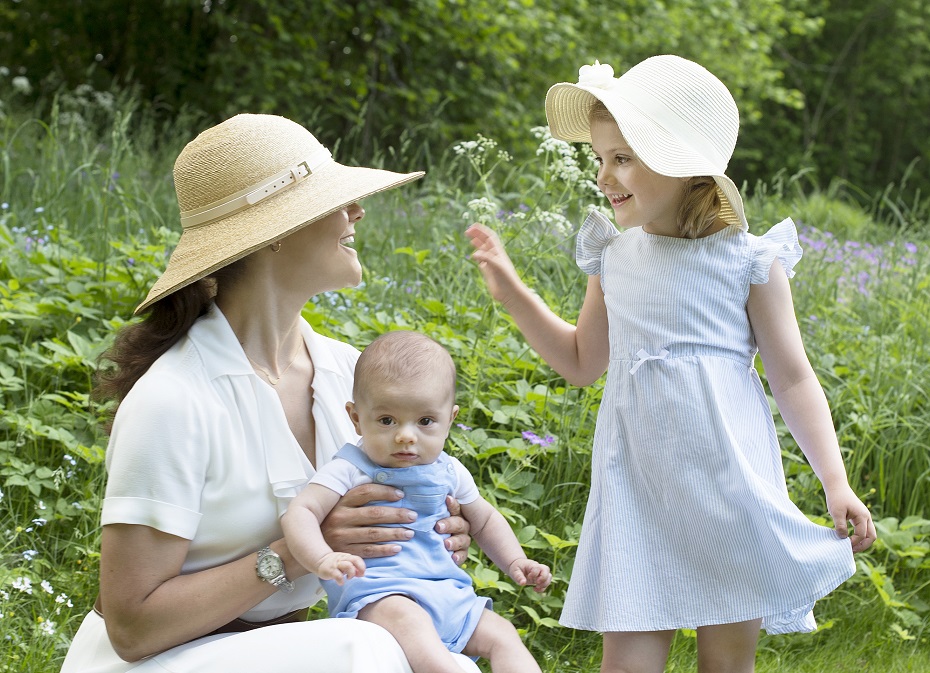 There is a photo of a solo Estelle playing with some sheep. All these photos were taken at Haga Palace, the Crown Princess’ official residence. 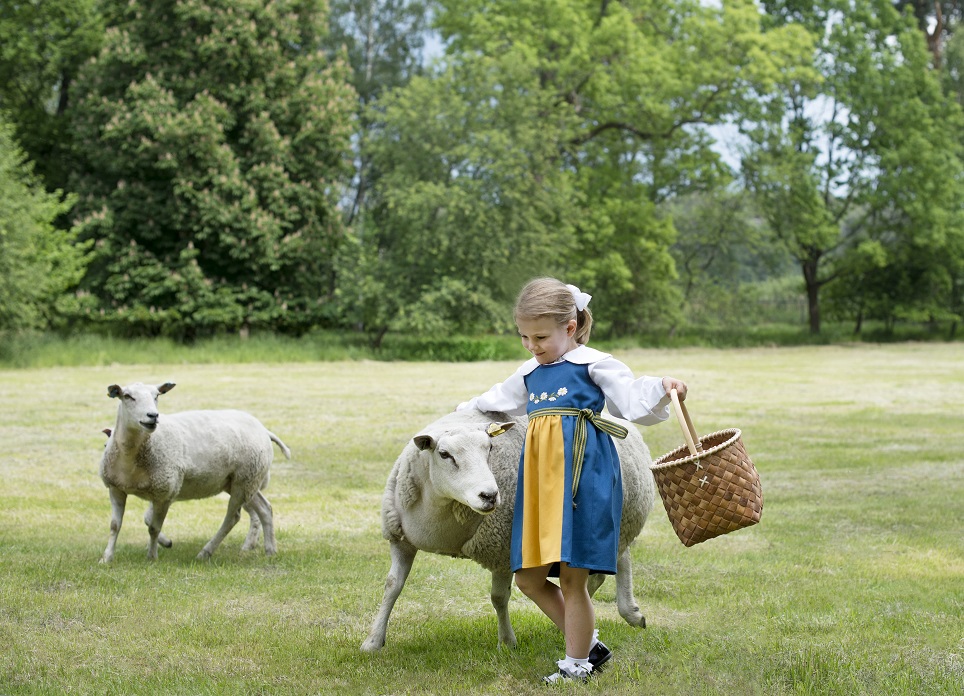 The last photo is of Oscar. The Surprise Face is gone; here he looks more like Oscar the Grouch. 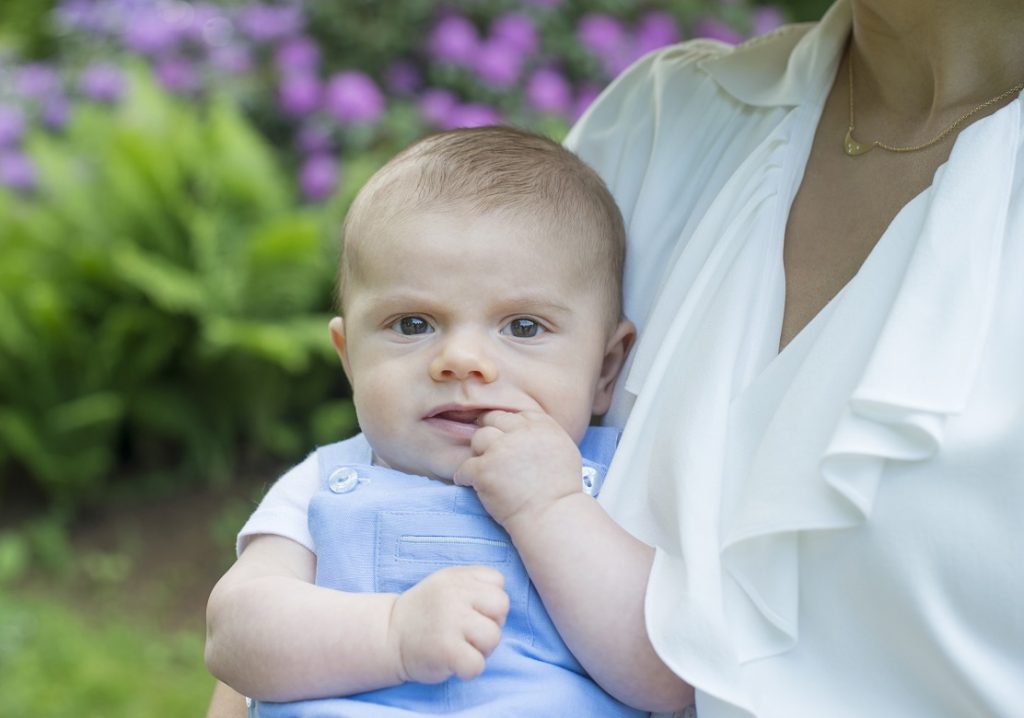 Here is a look at Estelle’s National Day photos from 2013 until today. She’s grown up so much!