Warning: Swedish adorableness alert. Princess Leonore, Duchess of Gotland, made her first ever visit to Gotland today, June 3, to view a horse that was given to her by the Duchy for her Christening in June 2014. But Leonore being who she is, she of course gave her parents, Princess Madeleine and Chris O’Neill, a run around before finally meeting the horse.

Leonore, Madeleine, and Chris landed in Gotland for a day of engagements; the first being meeting “Haidi of Gotland” – the horse given to Leonore for her Christening. But Leonore wasn’t super into that idea.

Instead, Leonore took off across the field, several times, and both Maddie and Chris had to chase after her to bring her back. 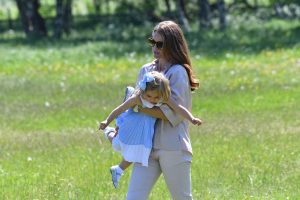 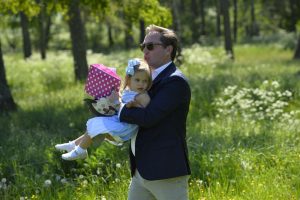 Then Leonore ate the carrot that she was supposed to feed to Haidi.

Leonore’s nanny, Johanna, was able to entice Leonore with brushes…

Which brought her over so she could finally meet her horse properly. 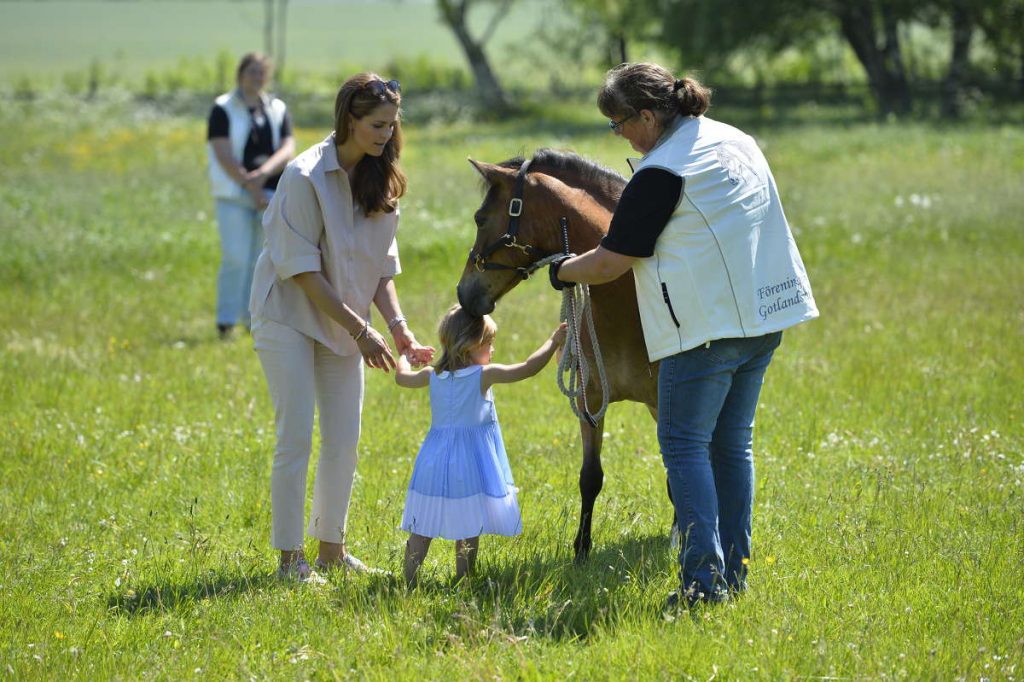 At some point Leonore lost her shoes.

Madeleine spoke to the press about Leonore, saying: “She is herself, that’s how it is. Seeing her happy is fun. She and Haidi will probably become good friends soon. It takes some time to get to know a horse.”

Here is a video of Leonore taking off across the field.

Leonore, Madeleine, and Chris had a lunch of sausages, mini burger with Gotland lamb, gravlax canapés, mayonnaise, and marinated lamb roast. And for dessert they had ice cream and meringue cake with longtime strawberries.

After meeting the horse, Leonore changed into a white and blue dress by Livly because the previous one got wet.

The Princess family walked through Gotland on their way to the Gotland Museum. There were crowds of onlookers and schoolchildren waiting for them, and Leonore received a little posy of flowers.

The family posed outside the museum…

And Leonore decided she wanted to sit down. I guess all that running around tuckered her out.