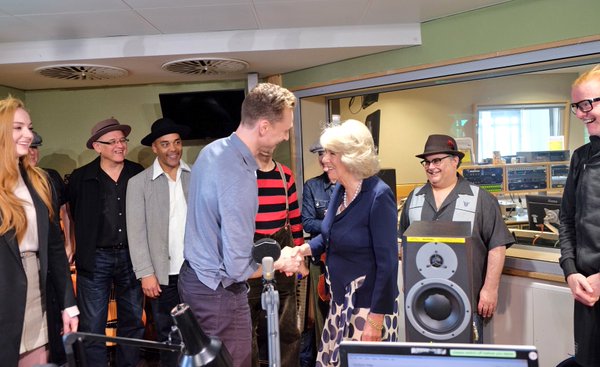 Camilla, Duchess of Cornwall got to meet Tom Hiddleston yesterday when she joined Chris Evans (not Captain America) to judge BBC Radio2’s 500 Words competition. Apparently Camilla is a big fan of The Night Manager, which stars Hiddleston.

On meeting Camilla, Tom said: “I have never met the duchess before but she seems lovely. I have met Duke and Duchess of Cambridge. They were kind enough to come to the premiere of War Horse, so we met them and they were great.”

It makes me sad that Camilla got a “lovely” while William and Kate got a “great”. 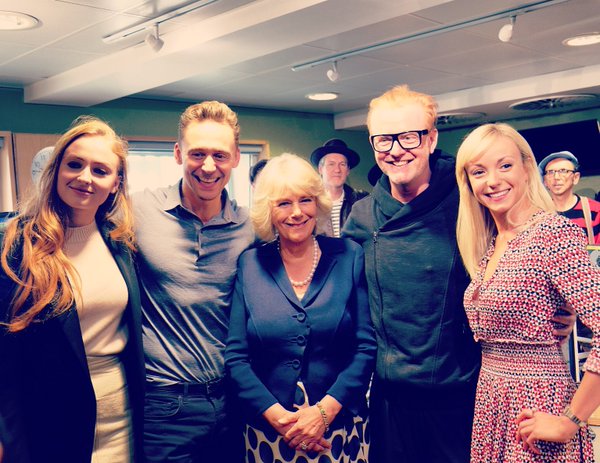 After meeting Hiddleston, Camilla joined the panel to discuss 50 shortlisted stories from 123,436 entries in the children’s writing competition. They decided on the bronze, silver, and gold winners in two age categories, 5-9 and 10-13.

Evans said of Camilla afterward: “The Duchess Is actually a huge fan of children’s writing. Her father wrote books, she’s read other children, her grandchildren. She’s big into education. She’s passionate about this.”

Here are a couple videos of Camilla and Tom.

And here’s a photo of Tom in a tux at the Met Gala on Monday night. Just because.

King Willem-Alexander and Queen Maxima attended the Liberation Day Concert on May 5 in Amsterdam. Liberation Day is celebrated each year on May 5 to mark the end of the occupation by Nazi Germany during World War II. 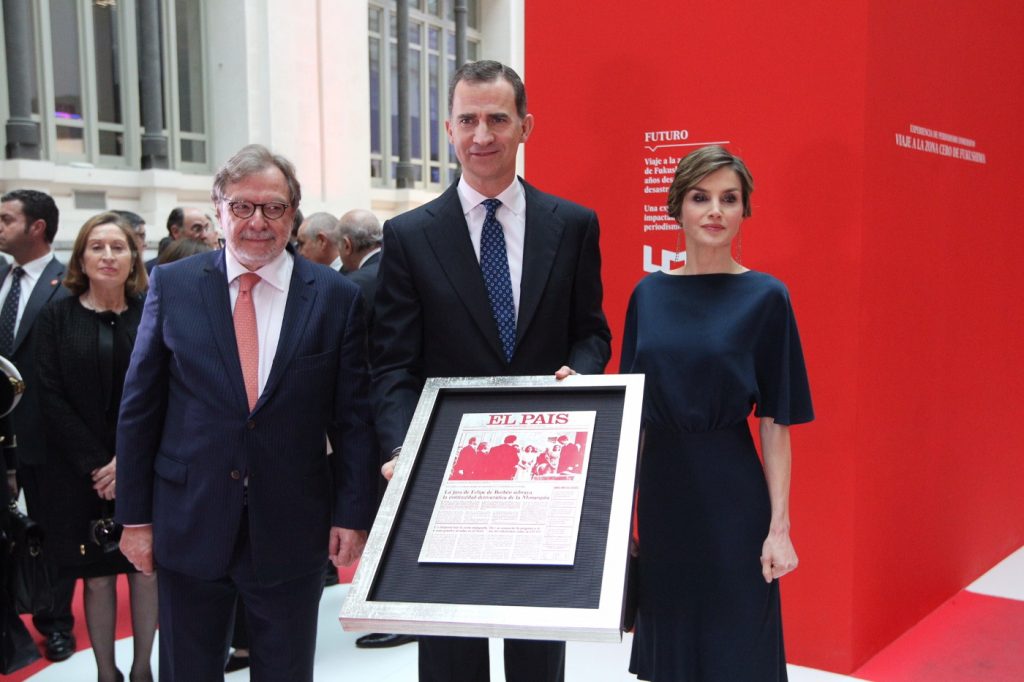 On May 5, King Felipe and Queen Letizia attended a dinner for the 40th anniversary of El País – one of Spain’s largest newpapers – and the delivery of the 32nd Ortega y Gasset Journalism Awards.

Letizia wore a navy dress from Spanish brand Cortana. Leti wore the “Valentina dress in blue” (940€). I really wish we had a shot of Leti from the back because this dress has a pretty deep v-shape in the back.

Letizia accessorized with new bespoke Magrit “Vanessa” heels in bronze (the Vanessa usually retail for 290€, but since Leti’s are bespoke hers would cost more), metallic clutch, and earrings.

Princess Beatrice has been accused of “cashing in” on her royal connections by the Daily Mail which ran a piece about how Beatrice plans to become a public speaker for hire (you can read that here). The DM has a bunch of quotes from Bea’s APB Speakers International profile (which has been taken down) as well as quotes from “sources”. Bea’s “sources” are claiming it’s a mistake and that while Bea is looking to become a public speaker for hire she has not signed with this company and the fact that she is a royal was not supposed to be mentioned (it was in the now-removed profile).

Here’s why I bring this up: I understand that Beatrice is not a working royal and will never be, and she has to be allowed to make a living for herself because she will never be taxpayer-funded in the way that William and Kate are, but the quandary lies, for me, with the fact that if not for Beatrice’s royal connections, why would anyone hire her as a public speaker? If not for her royal connection, she would be a normal rich girl working in New York who has little-to-no public speaking experience and no mastery of a skill which would warrant spending thousands of dollars to hear about. Other than her royal experience, what about her is worth paying money to hear about? That sounds really rude and I don’t mean it to be, but it’s the same question I have with Kate doing something like pose for Vogue. What about Kate makes her worth putting in Vogue? Oh right, nothing except that she’s royal. What about Beatrice makes her worth spending thousands of dollars to hear her speak? Oh right, nothing except that she’s royal. I realize I’m probably going to get a lot of negative pushback for comparing Beatrice to Kate, but at the same time, other than their royal connections, neither are all that special. Is it worth it to pay thousands of dollars to hear Princess Beatrice to give life or business advice?

Here’s a photo of Bea with her boyfriend Dave Clark at the launch of The Parker Institute For Cancer Immunotherapy on April 13 in Los Angeles.

Let’s end on a cute note: Mike Tindall brought out Mia Tindall to watch her mom, Zara Phillips Tindall, compete at the Badminton Horse Trials on May 6. Mia’s getting so big.

PS. Queen Elizabeth sported a big bruise on her leg while visiting a school yesterday. Buckingham Palace refused to comment on how she got it.

HM paid a three-hour visit to Berkhamsted School as part of their 475th Anniversary celebrations. The school was founded in 1541 by John Incent, Dean of St Paul’s, and, although HM is patron of the school, this is the first time a reigning monarch has ever visited. HM wore a fuchsia coat and dress by Stewart Parvin and her small pink and diamond brooch.