Fashion Jewelry Kate Middleton
May 5, 2016May 12, 2016 by katemiddletonreview189 Comments on Kate Middleton visits her British Vogue portraits at the National Portrait Gallery

Kate Middleton, Duchess of Cambridge got to view pictures of herself at the National Portrait Gallery and count that as work – again. Kate visited the Vogue 100 exhibit at the NPG yesterday, May 4, where two portraits from her British Vogue shoot have been added to the exhibit (I will cover the rest of the Vogue spread when I can get a copy of the issue myself, hopefully later this week). You can view Kate’s two other May 4 engagements here.

Kate visited the National Portrait Gallery to view the “Vogue 100: A Century of Style” exhibition which features portraits and covers from British Vogue from 1916 to today. With over 280 prints from the Condé Nast archive and international collections being shown together at the National Portrait Gallery for the first time, the exhibition tells the story of one of the most influential fashion magazines in the world.

Upon arrival, Kate was met by the gallery’s director Nicholas Cullinan and British Vogue editor Alexandra Shulman, and once inside, Kate met with photographer Josh Olins to view her portraits.

Chatting to Olins, Kate said: “It doesn’t look like January. You did a very good job. It was such a lovely moment, a beautiful end to the day. It didn’t seem like January. We were very exposed up there as well.”

Kate also asked Olins: “As a photographer do you get involved with the exhibition?”

You can kind of see the portrait of Charles and his chickens in the below photo on the right. There’s a bit of glare on it, though.

After viewing her own portraits, Kate toured the rest of the exhibit.

At a display which had been arranged on a textured khaki material, Kate said: “It’s just fascinating this texture, with the glossy photographs….did you do it [the arrangement] on the floor first? It looks almost casual….”

Lingering over a sequence by model turned war photographer Lee Miller, Kate said: “It’s amazing she was a model and a muse and turned to this.” 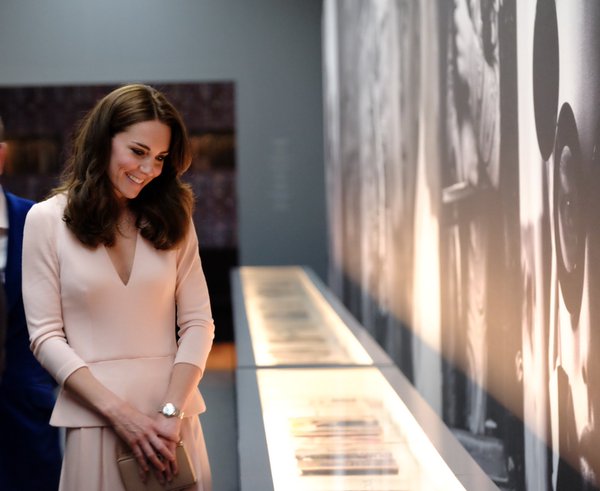 “I think [Kate] was very pleased by them [her pictures]. It is obviously a process, so of course seeing the images first and then to see them up in the gallery, in the context of the exhibition, is very special. It was a very natural way to round off the exhibition with our patron. What did she think? I can’t speak for her but she is obviously used to seeing her face. But she was very pleased, I think. Josh did a fantastic job, she was very relaxed, which is great.

“What came across in my first meeting with her was understanding of art, especially photography. She was asking some very intelligent and engaging questions tonight. It’s always a joy to work with people who really understand the process, the technicality, how to hang it, the process of making an exhibition. She has a good eye. We talked about how this is an exhibition of fashion photography first and foremost, it is also a nexus of shifts in culture, society and music.” 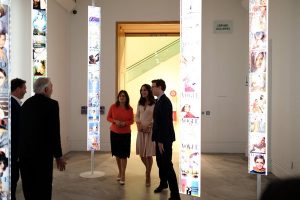 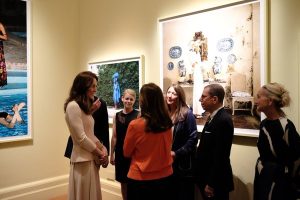 I swear, these Ferns are the new Sledges. Kate literally swapped out the Sledges she wore in 2014 for the Ferns she wore yesterday.

Interestingly, the Daily Mail published an interview with Vinader just last week in which she said these pieces were loaned to Kate. She said: “I knew nothing about it as my press team had lent them to her people and they’d told them to tell no one else in the company.”

I wonder if this was a “loan until worn and then bought” type thing or what. Because there have been articles before claiming Kate doesn’t pay for anything until she wears it publicly (though I can’t remember which articles as they were years ago and I don’t want to search for them right now). Hm… 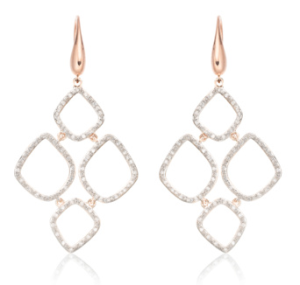 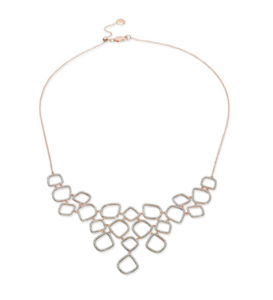 Just one of the Vogue covers on display that Kate will see at the @NPG this evening pic.twitter.com/We2FQaRgg1