Queen Elizabeth attended the State Opening of Parliament yesterday, May 18, with Prince Philip, Prince Charles, and Camilla, Duchess of Cornwall in attendance.

The Queen traveled in State to the Palace of Westminster to give the Queen’s Speech, officially opening the new session of parliament. The Queen addressed both Houses, outlining plans and future legislation. The Speech is written by the Government. Once the Queen left, members of both Houses debate the content of the speech and agree an ‘Address in Reply to Her Majesty’s Gracious Speech’.

Here’s a video of the Opening from the Queen’s entrance to exit, and her speech. It’s worth it to watch it just to see the jewels glitter in the lights.

The Imperial State Crown traveled to the Palace of Westminster in its own carriage, having first traveled from the Tower of London – where it is kept – to Buckingham Palace. 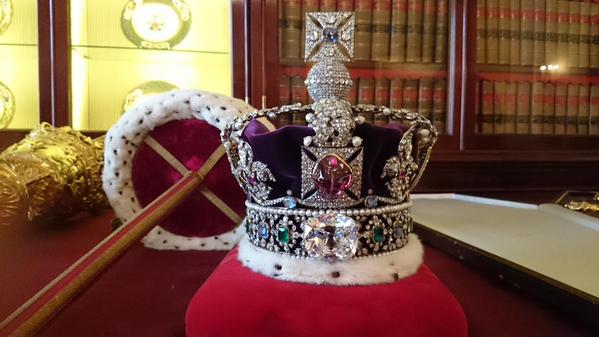 The Imperial State Crown was originally made for Queen Victoria‘s coronation in 1838, and incorporates gemstones including the diamond known as the Second Star of Africa, the Black Prince’s Ruby, the Stuart Sapphire, St. Edward’s Sapphire, and Queen Elizabeth’s Pearls. 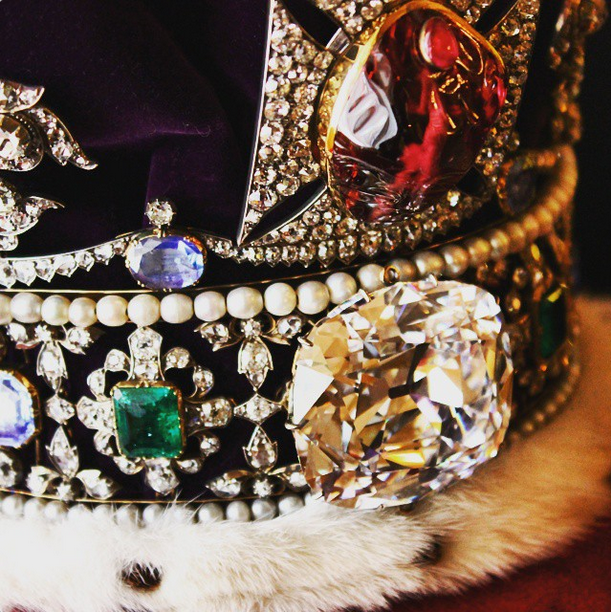 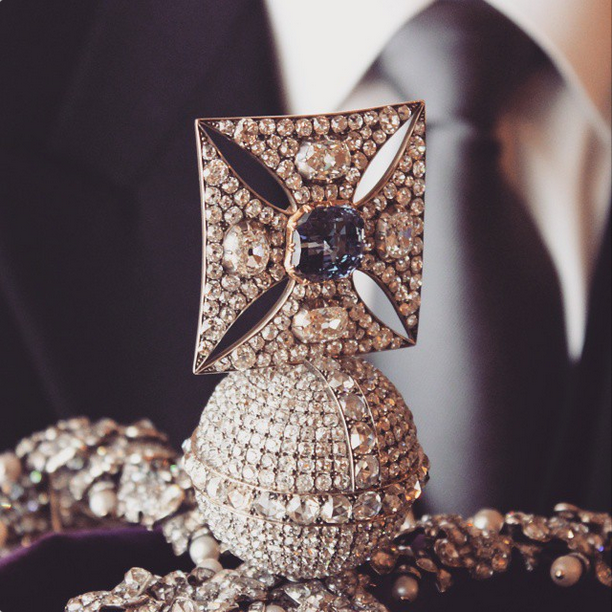 The Queen wore the Imperial State Crown during the speech and the George IV State Diadem while arriving and leaving. She wore Queen Victoria’s Golden Jubilee Necklace and Queen Victoria’s Pearl Drop Earrings, as well as the Collar and Great George of the Order of the Garter.

BTW, HM chose to use a lift to get into the House of Lords rather than walk up the 26 stairs at the Sovereign’s Entrance. It’s the first time in her 63 State Openings that she has chosen to do so. A BP spokesman said: “It is a modest adjustment made for the Queen’s comfort.”

Apparently they are also installing a temporary handrail on the steps of St. Paul’s Cathedral for the Queen to use when she attends the service of thanksgiving to mark her 90th birthday on June 10.

Camilla wore the exact same thing she wore in 2015: The same white, beaded gown; the Greville/Boucheron Honeycomb Tiara; her pearl earrings she wears all the time; her pearl choker with large diamond clasp; diamond brooch on her shoulder; the Star and Riband of the Royal Victorian Order; and Royal Family Order of Queen Elizabeth II.

Here’s a photo showing the beautiful ceiling and stain glass windows in the House of Lords.