Kate arrived and was greeted by Ben Ainslie and 1851 Trust officials before meeting kids from Brune Park Community School. Kate talked to Ashlyn Collins, 15, about sailing.

“She said of Kate that she was struck by ‘how pretty she was,’ adding: ‘It was so amazing. You see her on TV, you kind of don’t don’t think of her as a real person and then to meet her was amazing. She said she enjoyed sailing and we should definitely have a go.'”

Chris Frisby, Head of Operations at UKSA, said of Kate: “I think the kids will definitely look up to her. She would rather spend more time talking to the kids then the adults, it’s great for them to meet her and hear about her sailing and what she’s done and where she’s sailed before.” 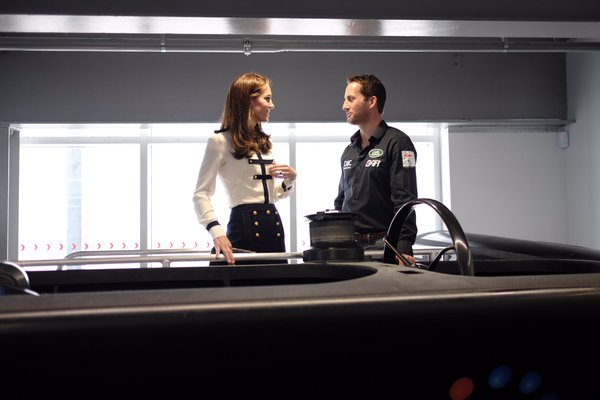 Kate toured the Tech Deck with Ben and students from St Edmund’s Catholic School to see the exhibits they offer. 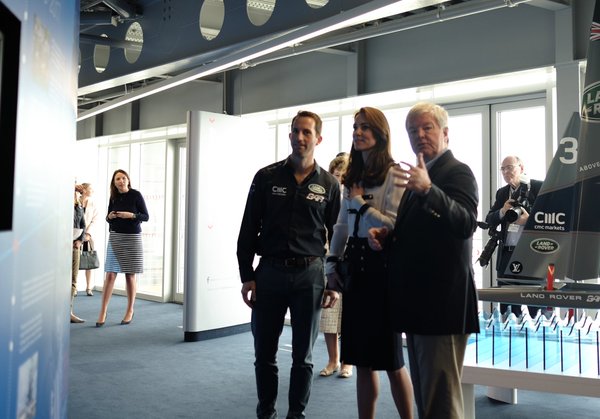 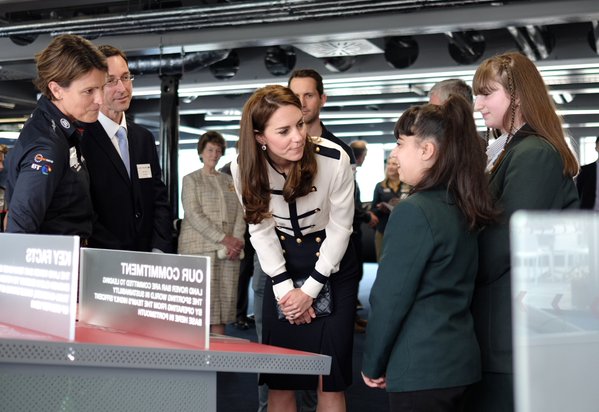 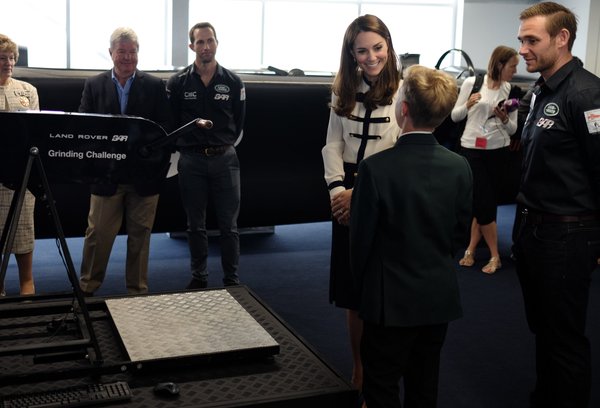 Kate then sat in on a #STEMcrew – Digital STEM Education programme – workshop with students from St Edmund’s Catholic School. 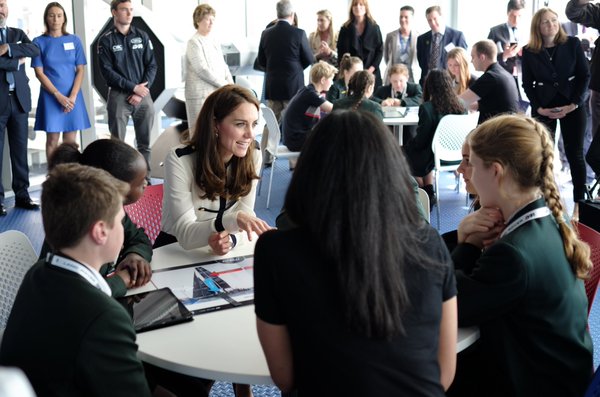 #STEMcrew is an online suite of free education resources and opportunities for 11-16 year olds designed to be used in classrooms and independently from tablets and smartphones and provides cross-curricular opportunities in Math, Physics, Chemistry, Design and Technology, and Biology classes. #STEMcrew won’t officially be launched until October 2016. 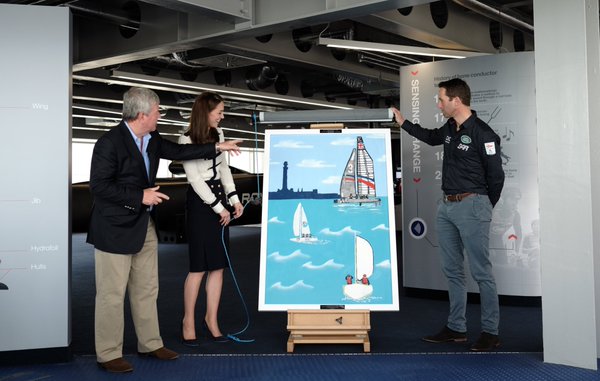 Kate officially opened 1851 Trust’s Tech Deck by unveiling a mural which Kate previously contributed to – she painted butts in February 2015. I thought the mural was on the side of a building, but maybe it was on the side of some non-permanent construction wall that they took down and were able to break apart?

Kate three-peated her Alexander McQueen “Military Silk Georgette Blouse” ($1,355) and “Embellished Wool Crepe Skirt” ($995). Or as I described them the last time she wore them: “navy skirt with gold buttons and slits, and Sgt. Pepper white and navy blouse (with buttons)”. Kate previously wore these pieces in August 2011 to the Summerfield Community Centre in Birmingham, and in June 2014 to Bletchley Park.

I never did like these pieces and I’m bummed that THIS gets a three-peat but other gorgeous pieces she wore in 2011 have never seen the light of day again.

Kate switched up her accessories just a tad for today’s visit: she carried her Jaeger “Kate” quilted leather shoulder bag in navy (originally £150, recently sold for $110 at Polyvore) – the bag comes with a shoulder chain but Kate carried it like a clutch; and she wore her Rupert Sanderson “Malory” navy suede heels ($675.00).

Though Kate did keep it consistent in other areas: wearing her Sapphire and Diamond Earrings and her hair down like she did the previous two times she wore these McQueen pieces.

I honestly can barely tell the difference between these three photos since she styled her outfit nearly the same all three times: August 2011 on the left; June 2014 in the middle; May 2016 on the right. The only slight visual difference is the clutch.

Here’s a photo of Ben Ainslie from today’s event, for all the Ben Ainslie lovers out there.

Here’s a photo of Rebecca Deacon from today’s event. This outfit is much better than Monday’s, though that top is still doing weird things.