Prince William, Prince Harry, and Kate Middleton, Duchess of Cambridge officially launched their Heads Together campaign yesterday, May 16, at an event at Queen Elizabeth Olympic Park. They met with representatives from all charities involved in the campaign and gave a joint speech.

The launch event for Heads Together included a setup with representatives from all of the charity partners involved with the campaign. William, Kate, and Harry spent some time with each charity: Best Beginnings, CALM (Campaign Against Living Miserably), Contact, Mind, Place2Be, YoungMinds, and The Mix. 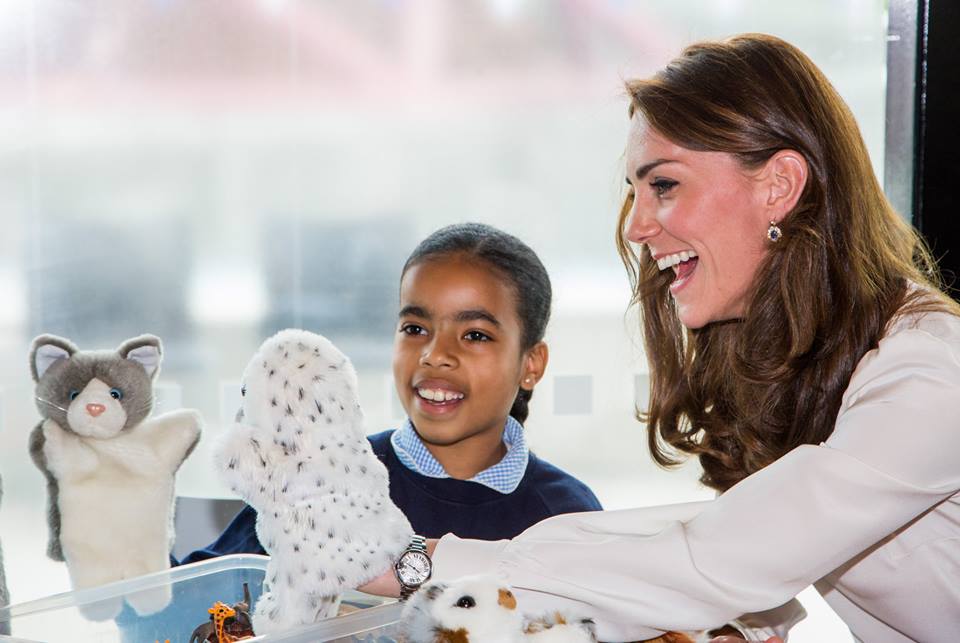 Kate made a beeline for the Place2Be setup, which was a recreation of a Place2Be room where children can visit. Kate played with puppets with Eliana, nine, and Maggie, ten, from Curwen Primary School.

Maggie said afterwards: “I’m really shy and the puppets really help me speak about things. I come from a big family and I am the youngest and I often have trouble is saying what I think and getting myself heard. The princess really understood that. She said she was very shy too and understood. She said: ‘I do feel shy too, everybody is shy a little bit’.”

I wonder if Kate was just saying she’s shy to make the little girl feel better or if she really is shy. 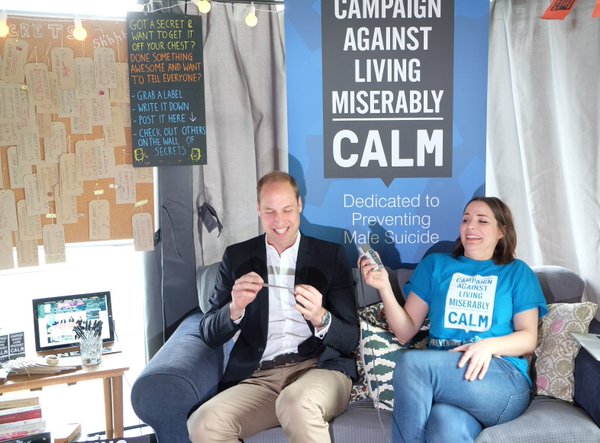 When William stopped by Best Beginnings, he spoke with a fellow parent about Prince George and Princess Charlotte. William stayed on-message about his kids, saying that George “never slept” as a baby but Charlotte wasn’t “much of a crier”. William also revealed that running the water always soothed his kids when they cried.

When Kate stopped by the charity’s booth, she said: “The trouble is many people put a sticking plaster over things and feel like they can’t seek help for issues such as post natal depression, or may not even know they have it.”

When the trio each stopped by YoungMinds, they each wrote down what makes them happy. William wrote: “my children”. Kate wrote: “a walk”. Harry wrote: “making people smile”.

Harry’s is endearing. William’s is predictable, but nice. Kate’s is really impersonal. 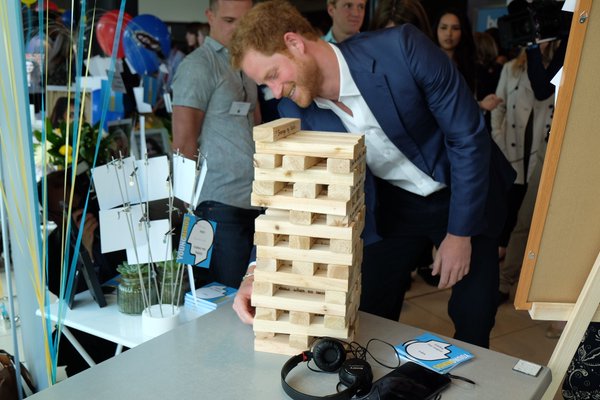 At the Mind booth, the royals each tried their hand at boxing with boxer Duke McKenzie. Judging from the video, Harry and William seemed really into it but Kate kind of phoned it in (at least in my opinion; Duke disagrees with me).

“She couldn’t wait to get the gloves on and had a wicked punch.” Kate is “lovely – very, very gentle. She’s better than the pair of them [William and Harry] because she’s more technical. Ladies don’t go for power. They rely on speed and technique and that generates your power. She was better than the pair of them technically. Hands-down! Not just her beauty by the way – the way she carries herself with her hands up and chin down a little bit. I think she’s done this before.”

“Harry packs a punch. Harry was giving me the eye and I think Harry wanted to take me out but I had to let him know who the real Duke was. Harry wanted to know if I could make a return and come out of retirement and if me and him could do ten rounds but I said ‘no, your highness I can’t do that because you might knock me out and embarrass me’. He was loving every minute of it. A really genuine guy. The royal family have really surprised me today because they’re really matter of fact. They’re very down to earth and thanks to them being here today this campaign will go nationwide. Harry had the strongest punch. Harry’s a banger make no mistake about it. He runs like a Bentley or a Rolls Royce – he purrs quite well. I’ve boxed my whole life and he’s got a fair punch on him.”

At The Mix, the royals added their favorite songs to a playlist. William chose “Heartbeat Loud” by Andy C & Fiora, Kate chose “Heaven” by Emeli Sande, and Harry chose “Runnin'” by Naughty Boy. I listen to country music and have never heard of any of these songs. 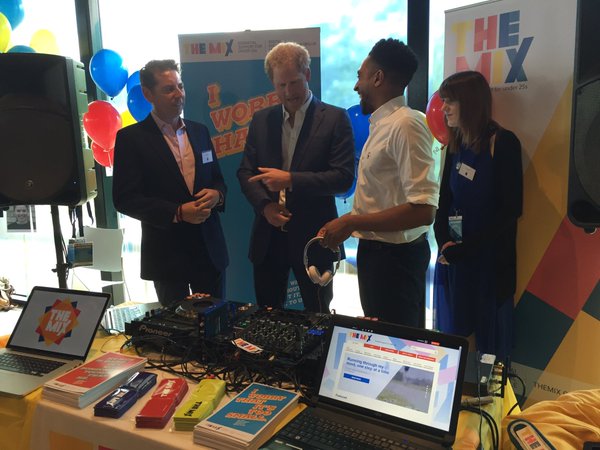 The Cambridges and Harry gave a joint speech during the event. William started the speech by saying:

Through our work with young people, emergency response, homeless charities, and with veterans, we have seen time and time again that unresolved mental health problems lie at the heart of some of our greatest social challenges.

Kate was the next to speak, saying:

Too often, people feel afraid to admit that they are struggling with their mental health. This fear of judgment stops people from getting the help they need, which can destroy families and end lives. Heads Together wants to help everyone feel much more comfortable with their everyday mental wellbeing, and to have the practical tools to support their friends and family.

Harry chimed in with:

The Heads Together campaign wants to involve all of you. We’re already working with our partner charities and thousands of people to change the way that people think about mental health. We do not want prejudice and fear to stand in the way of people getting the help they need to cope with life. As the year progresses, the three of us – working with all of you in this room and others who join us along the way – want to come up with practical ways of providing everyone who needs help with the right support and care. We want to build on the great work that others are already doing, but make it even more ambitious. By putting our heads together, we can all make a big difference.

William finished out the speech, saying:

But first, Heads Together wants to get people talking. The more we talk about mental health, the more normal the topic becomes, and the more we feel able to open up and seek support. By asking for help, by telling a friend we have a problem, by asking someone else how they feel – by having a conversation – we take the first step to feeling better about ourselves – and the first step to being able to cope better with the ups and downs of life. This is relevant to everyone. So let’s all get our heads together and let’s change the conversation, from one of silence and shame to one of optimism and support. Thank you for joining us at the start of this exciting journey.

Props to William, Kate, and Harry for saying words, because they don’t always. But I’m going to nitpick, and I want to explain why. I am personally involved and invested in this cause, so I am going to be the more critical of this issue and the royals’ involvement with it than I would any other cause they associate themselves with. Keeping that in mind, here’s my nitpick:

Holy Buzzwords, Batman! I care about this cause and want it to succeed, but unfortunately I find myself rolling my eyes whenever I read or hear these phrases: “Through our work with…”; “unresolved mental health problems” (usually followed by “in childhood” but that didn’t happen here); “putting our heads together” (this one is new, but they’ve really run it into the ground in a short time); “let’s change the conversation”. I’ve just read or heard them so many times since Kate (and William and Harry) started this mental health kick that they have lost all meaning to me. I hate to say it, but that’s the reaction I’m having.

Mental health is an important cause, and they’ve brought up some good points, but they just don’t take it far enough. Ever. Mental health is such a broad topic – even when narrowed down to “children and young people”, “young men”, and “veterans”, it’s still so broad – I just don’t know what they are trying to achieve. I hate to compare them to other royals, but give me a Maxima-level speech where there is so much information that I have trouble picking out what to quote (because it’s too long to quote the whole thing and there is so much information given). I want to support them, I want them to succeed, but they’ve got to give me detailed information about what the problem is and how they plan to enact change, because buzzwords just aren’t doing it for me anymore. 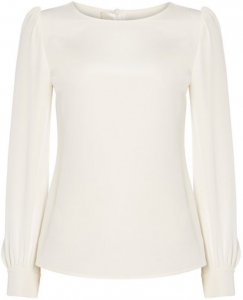 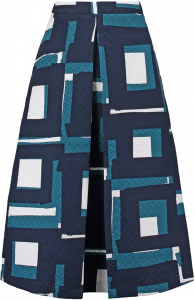 What makes me even sadder about having to nitpick the speech is that I actually really like this outfit and think it looks good on Kate. My one nitpick would be that it’s shades of blue again which is so boring on her, but overall I like it. I don’t even mind her hair being down. This is a fashion win; it’s just too bad the speech wasn’t a speech win.

In the interest of fairness, let’s focus on Harry’s fashion for a moment. Harry wore blue-soled shoes to the event: Cole Haan “Great Jones Wingtip Oxford” ($180.00).

Rebecca Deacon sighting (that shirt looks terrible on her).

One last Harry for the road.

This is totally off topic, but I’ll leave you with a gif of The Queen at the Royal Windsor Horse Show and her reaction to when they brought out the cows. This makes me so happy for some reason. #Cows

I didn't even know I needed this in my life. The queen when she saw COWS! ?? #Queens90thBirthday pic.twitter.com/sa4UgZpL6u

298 thoughts on “Kate Middleton, Prince William, and Prince Harry give joint speech at Heads Together launch”