The first photo is of the Queen with the youngest members of her family, the two youngest grandchildren and all five great-grandchildren: L-R, James, Viscount Severn, Lady Louise Windsor, Mia Tindall, Princess Charlotte, Savannah Phillips, Prince George, and Isla Phillips.

I think it’s cute that Charlotte is sitting on the Queen’s lap. We didn’t get a photo of HM holding George or Charlotte at their Christenings, so it’s nice to see her holding one of great-grandchildren.

I’m a bit bummed we didn’t get a photo of the entire family, including the adults, though.

The photos were taken just after Easter in the Green Drawing Room at Windsor Castle, and according to a source who was there for the shoot, Mia holding HM’s purse was spontaneous.

“‘The moment with Mia was completely spontaneous, it was not staged at all. She just picked up her great-granny’s handbag and that was it,’ they said. It was, they revealed, a ‘happy, chaotic, warm afternoon’ with the parents of the children all present and trying to catch their offspring’s eye. ‘Taking pictures of children is like herding cats but for that split second, it just worked. Annie [Leibovitz] has children of her own and knows her stuff.'”

PS. Is Charlotte wearing the same outfit she wore in the Cambridge Christmas photo and the photos released in November? If it’s not the exact same one, it looks very, very similar.

PPS. When I first looked at the photo, I wasn’t sure if the girl sitting on HM’s lap was Charlotte. I thought it might be Mia, and had to look at the caption to see who was who. For some reason Charlotte just didn’t register in my brain. 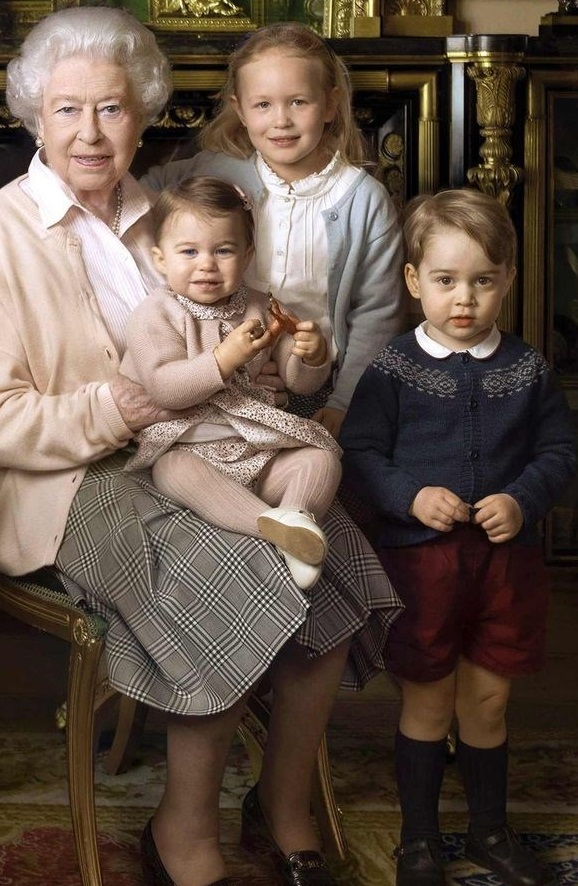 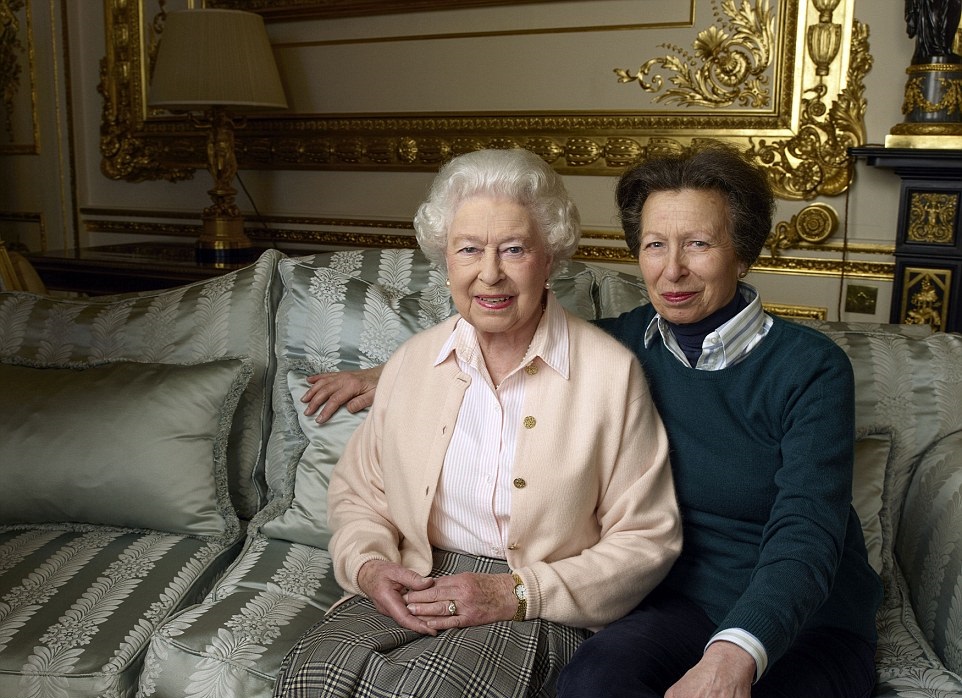 The second photo shows the Queen with Princess Anne. I do love the photo of HM with the young members of her family, but I almost like this photo of her with Anne even more. We don’t often see them together looking so casual and content, with Anne’s arm around her mother. It’s casual, almost normal, and about as loving as we’re going to get from these two.

The third photo is of the Queen with her beloved corgis: Willow, Vulcan, Candy, and Holly. 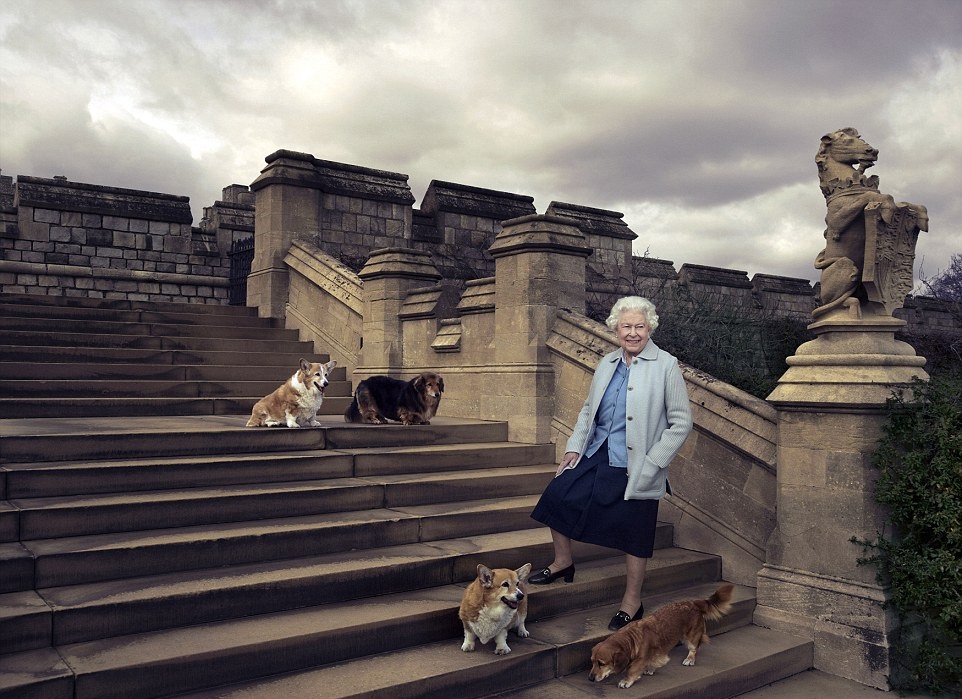