What’s that saying, you wait for ages for a bus and then two come at once? Yeah, that’s what happened yesterday. I’ve been waiting since March 2 for the first baby photo of Prince Oscar, and I thought for sure we’d get one first thing Monday morning. But then hours went by and no baby Oscar, so I threw together a post with a cute video of a baby Prince Charles and more photos of the Prince of Bhutan.

Just when I had given up hope of getting any baby photos at all (I thought we’d get one from the Cambridges for Sunday and that didn’t happen), Kensington Palace dropped a set of six photos from Prince William and Duchess Kate‘s ski vacation with Prince George and Princess Charlotte. Then a couple of hours later the Swedish court finally released a photo of Prince Oscar. 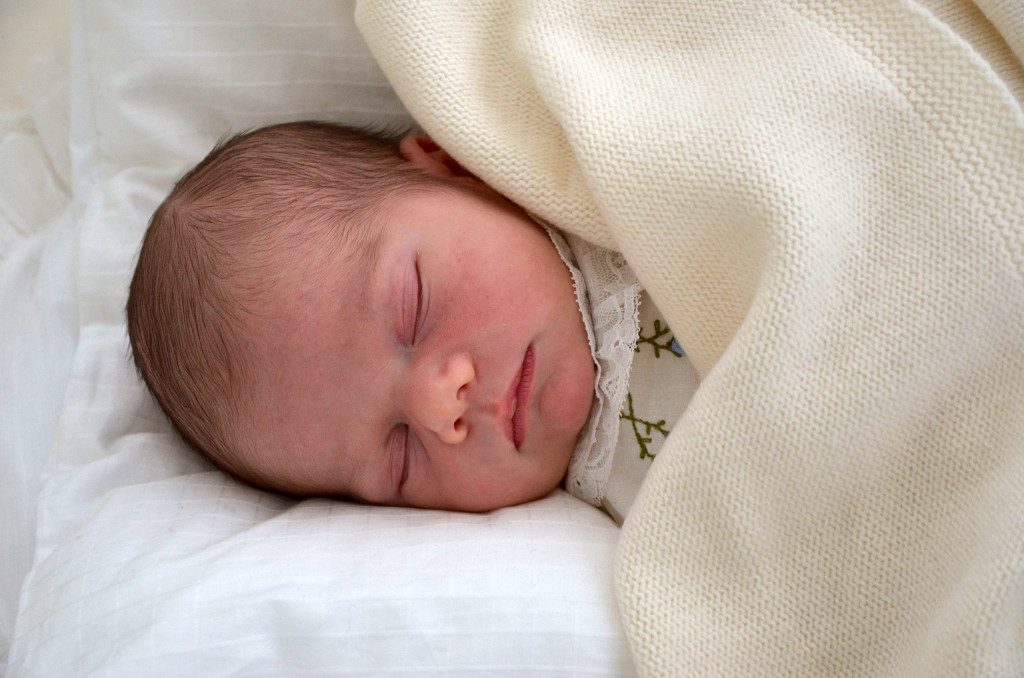 The photo was taken at Haga Palace when Oscar was five days old (so it was taken on Monday, March 7). The sweater Oscar is wearing is embroidered with light blue flowers and was made by Crown Princess Victoria‘s grandmother, Alice Sommerlath (Queen Silvia‘s mother), for Victoria when she was a newborn. 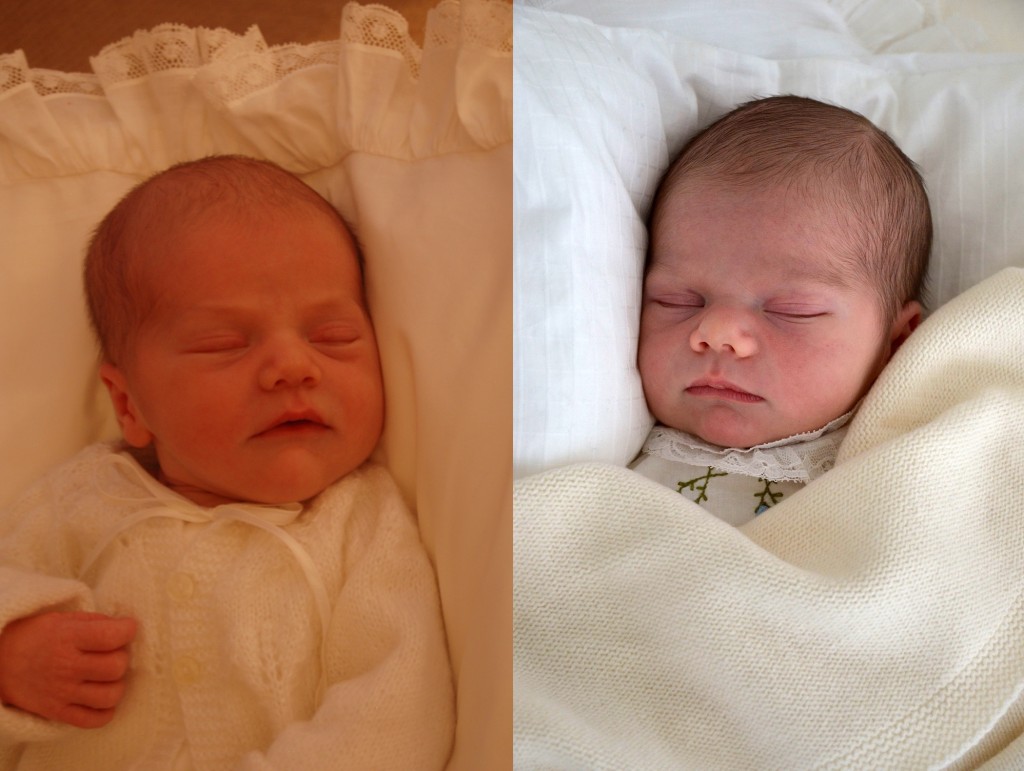 Oscar’s hair seems to be much darker than Estelle’s at the same age. Oscar’s a cute little baby. I can’t wait for more “family of four” photos.