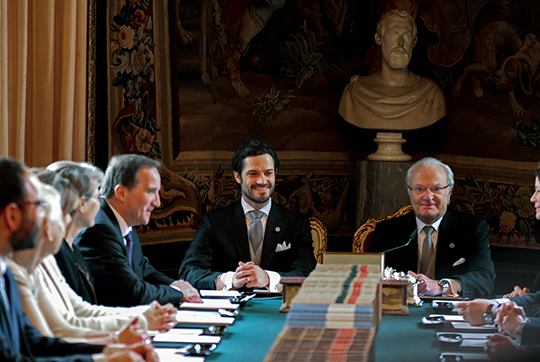 At a cabinet meeting this morning King Carl XVI Gustaf revealed the name Crown Princess Victoria and Prince Daniel chose for their son, as well as the baby’s duchy title:

Olof is Prince Daniel’s real first name; Daniel is his middle name. Carl is for the King.

Skåne is the southern most province in Sweden. The last Duke of Skåne was Gustav VI Adolf (1882-1973).

Earlier this morning, Princess Estelle visited her baby brother in the hospital before the family left. The Crown Princess family is now home at Haga Palace.

Princess Madeleine posted a message on her Facebook page to congratulate Victoria on the birth of her son: “Congratulations to my sister Victoria and Daniel with the birth of their son!”

The Te Deum is also being held this morning. I’ll cover that in a different post later.

Here’s the first photo of the family of four. 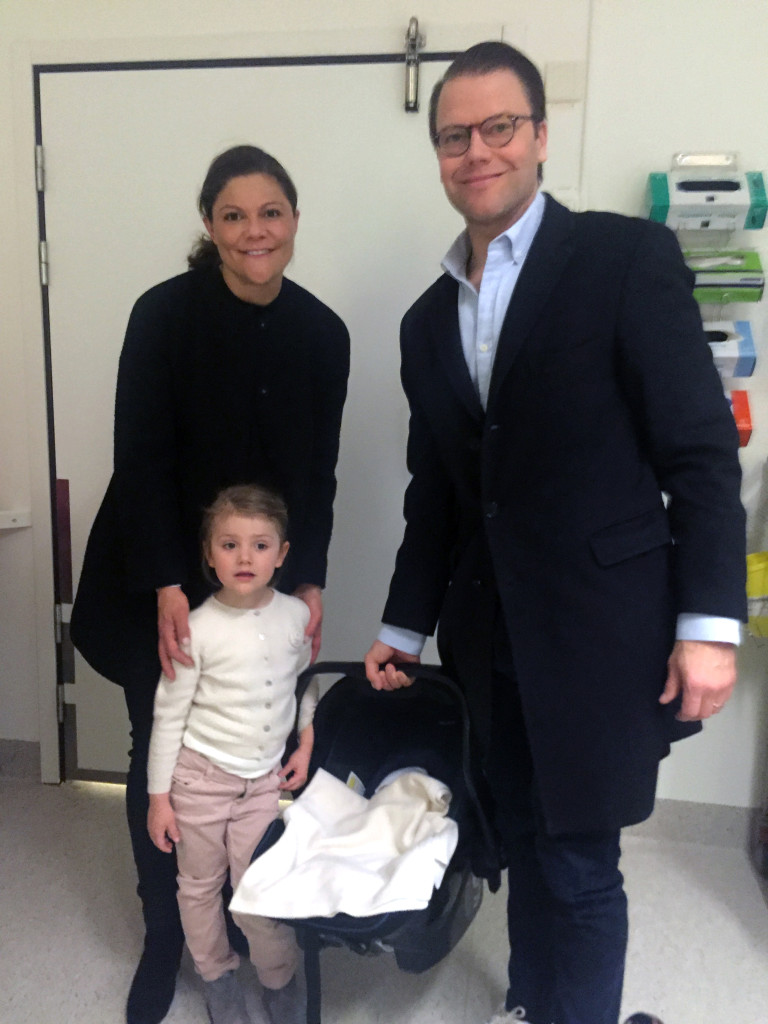 UPDATE: Some messages for Victoria and Daniel from the family.

From the King and Queen Silvia:

“We share the great happiness of the Crown Princess Couple and Princess Estelle’s pleasure to welcome her little brother to the family. We wish the family a wonderful time in peace and quiet and we very much look forward to seeing our grandchildren.”

“With great warmth and love we wish to welcome Victoria and Daniel’s son, to the family. We look forward with joy yo the cousin crowd is growing and that they continue to have each other. We look forward to seeing the new family member!”

From Maddie and Chris O’Neill:

“We are so happy for Victoria, Daniel, and Estelle’s sake and for our new family member! Both Leonore and Nicolas look forward to meeting their new cousin, and we wish him a warm welcome to the family.”

From Olle and Ewa Westling:

“We feel great joy today when the Crown Princess and our son got her second child and Estelle her long awaited sibling. We wish them the best of luck with the new family member and we will support and help as grandparents.”

“It is with great pleasure that we welcome in the family another baby. It is so good for Estelle to have a sibling and Crown Princess and my brother are now parents to two children. It will be fantastic to follow Estelle and her little brother’s sibling relationship. My daughters are thrilled that they’ve got a cousin.”