Princess Estelle wore a pink coat once worn by Princess Madeleine as a child.

Princess Sofia wore a new blue dress with embroidered detailing around the hem, sleeves, and empire waist, and new blue hat which I think looks pretty on her – except for the birdcage part of the hat which is a style I’m not fond of.

The four witnesses held a press conference after the cabinet meeting where they talked about Oscar and the family.

Of Estelle’s reaction to her new little brother, they said: “Estelle was very excited and very happy. She was a little disappointed that he had his eyes closed all the time and did not want to look at her drawings she had done.”

They also said Oscar was “completely silent all the time when we were there.” and that “He has dark hair and very fine features.” 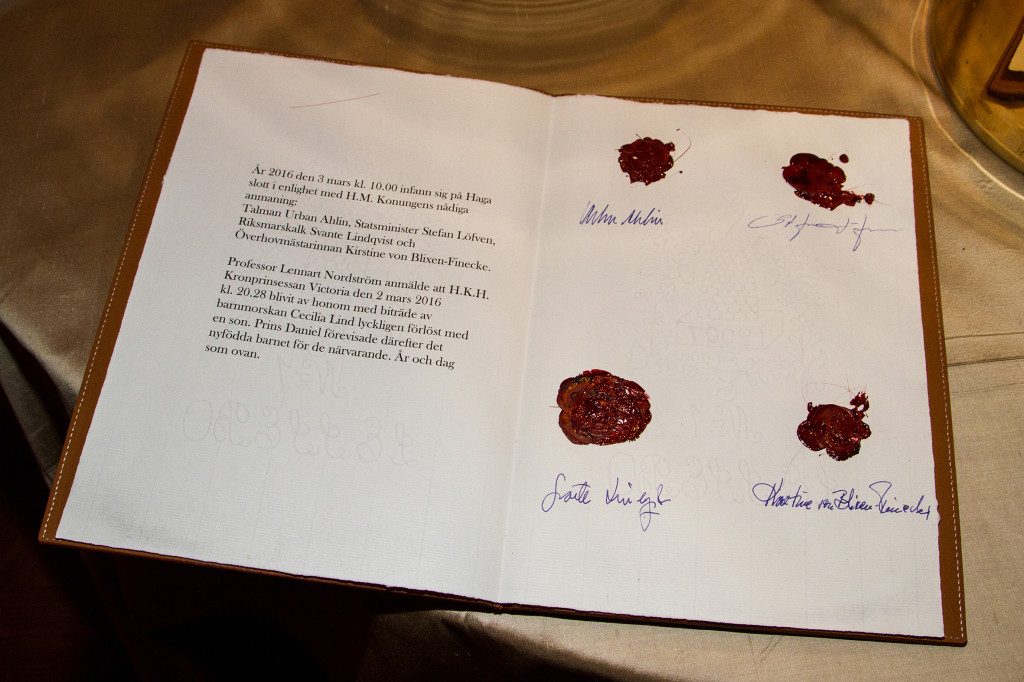