Prince William stills works as an air ambulance pilot, y’all. Also, Queen Maxima gave a speech about entrepreneurship in the Netherlands, Queen Rania was in Belgium and met with Queen Mathilde, and Crown Princess Mary visited her patronage, the Heart Foundation.

We few of us have been wondering lately whether Prince William still has his job as an air ambulance pilot with the East Anglian Air Ambulance (EAAA), considering there hasn’t been much said about it in several months. For a while there it seemed like every time William flew, there was a nice little PR piece about it. Then there was silence for months.

I guess someone decided it was time to reconfirm that William is indeed still employed by the EAAA because there was a nice story about it yesterday, complete with pictures. William and his team even ate lunch at a school and talked to the kids. The Daily Mail says William went back to work on January 12 after a three week break over Christmas. 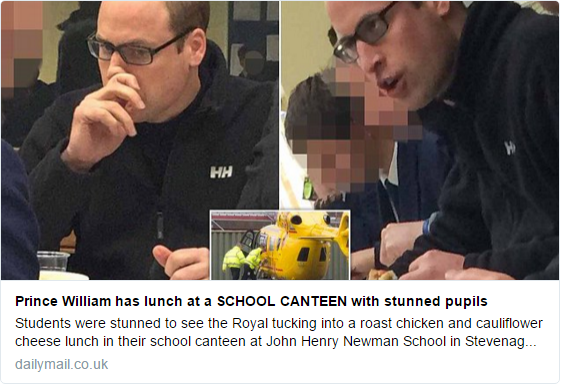 Queen Maxima gave a speech at the launch of NL Groeit (NL Grows), a program for entrepreneurs, in which she talks about starting and growing one’s business in the Netherlands. She said, in part:

“Netherlands is an entrepreneurial country.

“The Netherlands is also a country that can compete well. According to the World Economic Forum, we hear even the five most competitive countries in the world.

“That is very good news for everyone who lives and works in the Netherlands. Not only for entrepreneurs but also for workers and jobseekers, for pupils and students and for people who enjoy their retirement. Because entrepreneurship also lays a foundation for our prosperity, and our dynamism, innovation, creativity and opportunity. And everyone benefits from, young and old!”

W-A gave a speech at the reception in which he talked about Paris, the EU, and home care. He also revealed that he and Maxima will make a State Visit to France in March.

Max wore a teal blouse and black leather skirt with emerald earrings for the first day, and an orange dress and brown wrap for the second day.

New Year’s receptions have been happening in Belgium for a while, where King Philppe and Queen Mathilde meet dignitaries and whatnot. Philippe and Mathilde held another one on January 12 where Mathilde wore a red lace dress and matching shoes.

Mathilde made an outfit change into a blue lace top and grey skirt to meet with Queen Rania, wearing a taupe coat with pink accents, at the Royal Palace on January 12.

Rania took off her coat, revealing a light pink top and and brown skirt, to meet with European Commission president Jean-Claude Juncker at the EU headquarters in Brussels.

Rania then changed into a purple print dress for a meeting with Belgium’s Prime Minister Charles Michel on the Syrian refugee crisis. I really like this outfit.

Crown Princess Mary, as Patron, presented the Heart Foundation research grants on Monday, January 11. The Heart Foundation “works to provide children and adolescents with heart disease as good a life as possible, including by providing information, advice and guidance and safeguard common interests of children, young people and their families.”

Before the presentation, Mary met with a group of children with congenital heart defects.

This year’s scholarship award is focused on children who are caregivers for sick parents or siblings, as this may have negative consequences for children’s well-being and development.

Long term readers of the blog will know how I feel about kids being forced to take care of their parents, so I’m not going to touch that issue today.

Mary gave a speech at the event, but I cannot find a transcript of it.