The Danes kicked off 2016 on January 1 with their annual New Year’s Banquet at Christian VII’s Palace. Queen Margrethe and Prince Henrik – along with Crown Prince Frederik, Crown Princess Mary, Prince Joachim, and Princess Marie – hosted government officials and other guests. This event, which originated in the 1600s, is one of the most formal events on the Danish calendar. 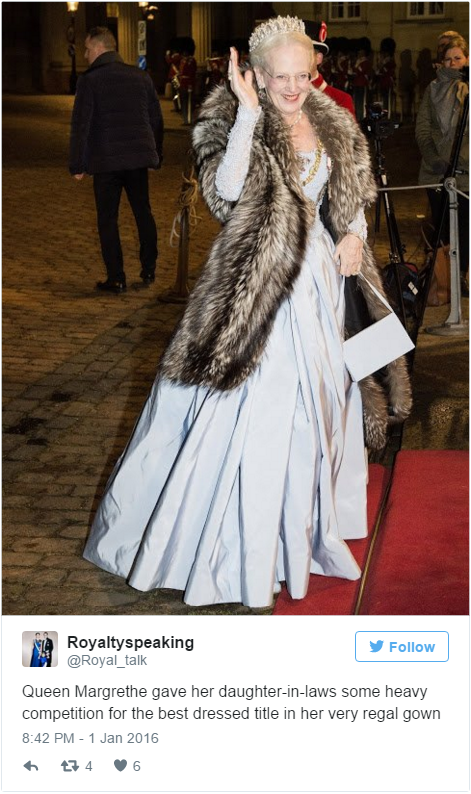 Queen Margrethe repeated a dress she debuted at the Dutch-Danish State Banquet in March 2015 and wore again to her second birthday gala in April 2015. Daisy paired the dress with the Danish Pearl Drop Tiara and the Pearl and Ruby Set which is part of the Crown Jewels collection, as well as the collar and star of the Order of the Elephant (Denmark). I said this last year, and I’ll say it again: I hate the fur wrap.

Daisy gave her annual New Years Eve address in which she talked about the terror attacks in Paris and the refugee crisis, as well as other topics, before announcing that Prince Henrik, 81, will retire from royal duties:

“Tonight, however, I would like to extend my best thanks to the Prince Consort. My husband has made the decision that the time has now come for him to “slow down” – or, if I may use a common Danish term – to retire. Going forward, the Prince Consort will therefore only to a very limited extent partake in the official events, which for so many years have been a natural part of his life. It is his decision, which I understand and respect. I am deeply grateful for all the support, help and inspiration he has given me over the years. I look forward to continuing to carry out my duties with the support of my husband, though it will be less visible.” 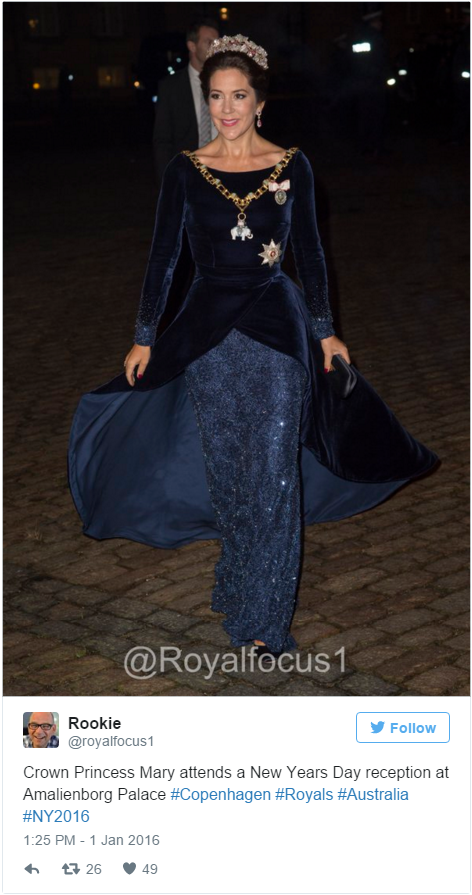 Crown Princess Mary looked stunning in blue – wearing the skirt from her Jesper Høvring navy blue sequined gown she wore to the BAMBI awards in November 2014 underneath a velvet top with a long train. I love this – especially when she walks and the train just flows behind her. I want a train!

Mary wore the tiara, earrings, and hairpins of the Danish Ruby Parure, and the collar and star of the Order of the Elephant (Denmark). 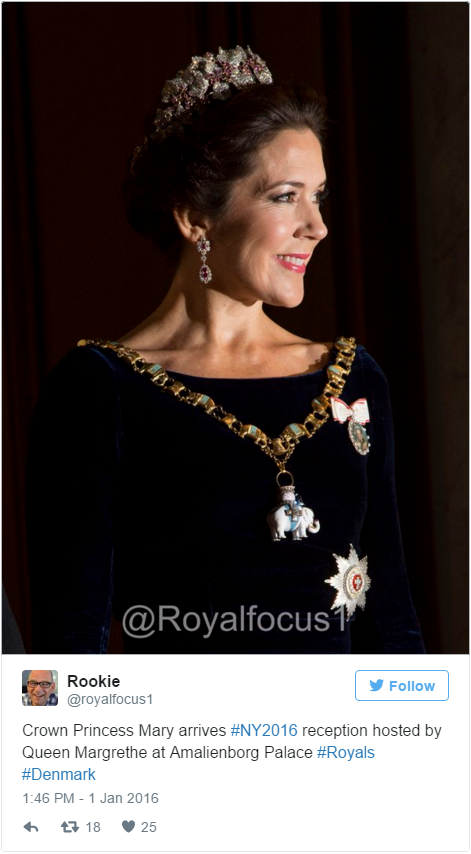 Princess Marie never really hits it out of the ballpark for me (which is why she wasn’t included in my round up of the best fashion moments of 2015). Marie wore a new white dress (skirt and top?) which looks similar to the dress she wore to the Dutch-Danish State Banquet (when I first saw photos of this event I thought it was the same dress for a minute).

Marie wore her usual Danish Diamond Floral Tiara, and of course, the collar and star of the Order of the Elephant (Denmark). 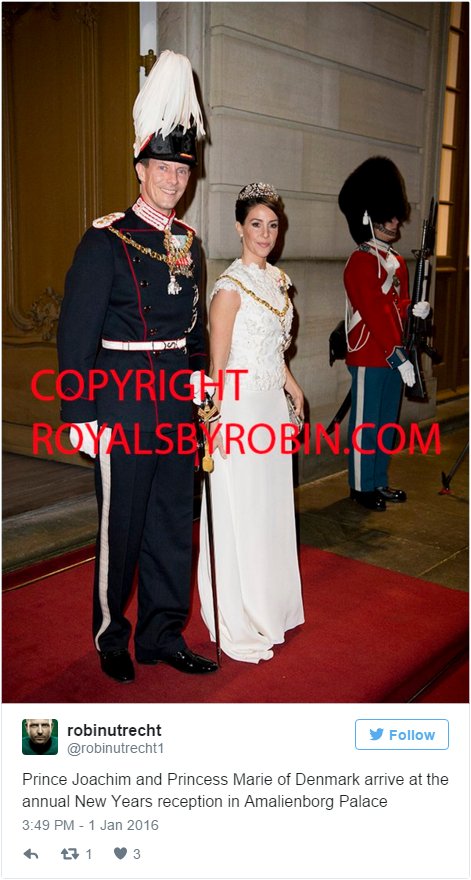 More photos at the Daily Mail.