2015 in Review: Duchess Kate’s hits and misses (plus 2015 engagement numbers)

As some of you know, I’ve suffered from depression and anxiety for most of my life, and at the turn of this new year I’ve decided to inject a little positive thinking into my life. As opposed to making New Years Resolutions which I know will fall by the wayside by the end of January 1, this year I’ve made a list of all the positive things I have done this past year – ignoring any negative thoughts of “I could have done that better” / “this is what I would change” – in order to think positively about myself and my accomplishments. I have also made a list of all the changes I would like to make going forward, and goals I would like to accomplish in the coming year. I think injecting positivity and setting attainable goals for myself will help me not only change the way I think about myself and the world but also help me accomplish the goals I want to accomplish in my life.

I know we are fairly negative toward Kate, but I’ve learned that constant negative thinking about oneself is detrimental so I thought it would be a good thing for all of us if I did the same thing for Kate that I’ve done for myself. That is, make a list of all the positive things Kate did in 2015 (ignoring any criticisms of “she could have done that better”) and a list of goals for Kate to work on in 2016. That way there is some positive reinforcement for Kate and some positive thinking for us, as well as helpful changes. I know Kate is never going to read this list, but it’s more for us to reflect on what she did well on and what we’d like to see improve in the future.

Shout out to Sunny who gave me this idea for Kate which I’ve taken and used for myself.

Before we begin, I want to clarify something. For both the positives list and changes list, I want to make sure we are judging Kate on herself. So judging Kate’s 2015 actions against her actions in years prior. If we were to judge Kate against other royals, we will almost always find her lacking, so it’s important to judge her on herself. If I were to judge myself against others I could always find someone else who is doing better than me in every way, but that type of negative thinking isn’t going to help me. I need to judge myself on myself in order to have enough positive thinking to think I can actually accomplish my goals. If not, I’ll slide back down that pit of depression and I won’t have the energy to accomplish my goals. So we need to do the same for Kate: judge her on herself.

BTW, do you guys remember those polls we did back in January 2015? They were little prediction polls about things like how many engagements Kate would make in 2015 and how many times she would wear blue. Whether you do or you don’t, I’ve included a few of the results in the lists below for fun.

Kate said words at both the Fostering Network Excellence Awards on November 17 and the Anna Freud Centre Christmas Party on December 15. Her words were short, just a few sentences, but we’ve been asking Kate to say a few words at her events and she did, twice. 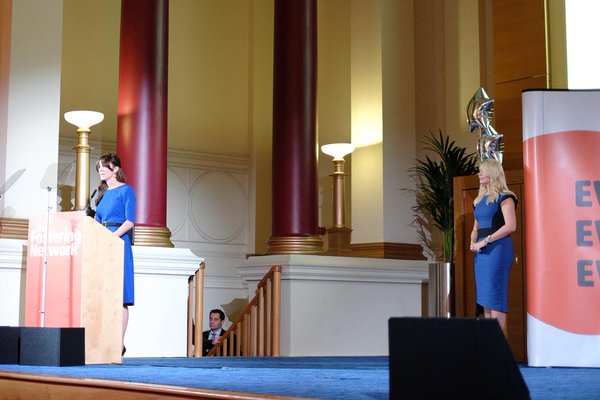 BTW, while the majority of voters thought the bulk of Kate’s engagements would take place in November, the actual bulk of her engagements took place in October.

47% of voters in our polls thought Kate’s skirt would fly up at least two or three times in 2015, and while there were a few wind incidents, Kate’s skirt did not fly up once. No flashings in 2015. Considering Kate has had at least two per year since she married, that’s actually impressive.

While not everyone is sold on Kate’s haircut, I think it is a positive that she 1) cut her hair, which so many of us have been wanting for so long, and 2) stepped out of her comfort zone and tried something new. 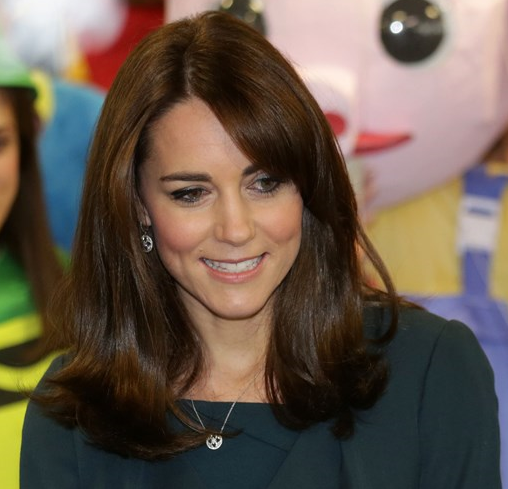 Kate showed off her photography skills

After her disastrous photos from her Borneo trip in 2012, I thought we would never see Kate’s photography again. But after a two year cooling off period, Kate braved the masses once again when she released four photos she took of Prince George and Princess Charlotte in June. Then she braved the masses yet again in November, releasing two photos of Charlotte. Releasing one’s work to the public and opening not only one’s work but oneself to criticism takes guts, and I commend Kate for having the guts to put her work out there. 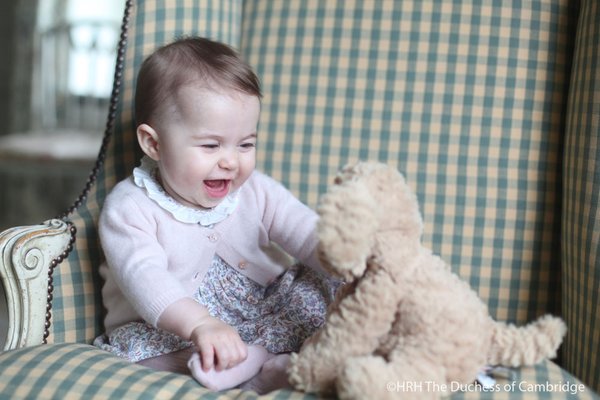 Though 49% of the voters in our polls thought Kate would wear her nude LK Bennett Sledges over 40% of the time, Kate did not wear her Sledges once in 2015. They were her favorite shoe and she didn’t touch them once this past year. I’m shocked but I did not miss them at all.

Pull hair back and stop head bobbing during speeches

The head bobbing is partially due to the fact that Kate has not fully memorized her speech. And the… random pauses are also attributed to lack of memorization. I’m not saying Kate has to fully commit her speech to memory (since none of the other British royals do that either), but more practice and memorization would help not only to stop the distractions that are caused by the lack of it but also would help Kate’s confidence when speaking. I am always more nervous to give a speech when I don’t fully know what I am going to say. The times I’ve been most confident in my speaking was when I knew my subject so well that I didn’t even need to write down a speech in order to give one.

Kate barely visited her charities in 2015 – 9 engagements related to her patronages. There were several she didn’t visit at all: The Scout Association didn’t get any attention; neither did the Natural History Museum; SportsAid was the third patronage that didn’t get even one visit; and the National Portrait Gallery only got private receivings of outgoing and incoming directors. Two organizations that aren’t even patronages got two visits each: The Fostering Network and the Anna Freud Centre. 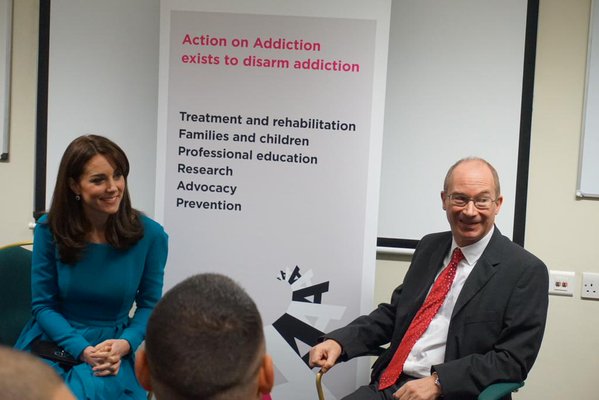 In April, William and Kate will celebrate their 5th wedding anniversary. It really is time for both William and Kate to step up their game in terms of becoming full time working royals and taking up the load from the more senior (in terms of age) royals. The Queen turns 90 in April and Philip turns 96 in June, and both are slowing down (both did fewer engagements in 2015 than in 2014). Though I’m sure they will both work until they’re dead, William and Kate cannot wait until that happens to start working full time for The Firm.

In terms of Kate, she should start really perfecting the royal thing now before she becomes Princess of Wales, because by then there will not be any room for “It’s okay if she makes mistakes, she needs time to get used to the role”. Get used to the role now, it’s been almost five years. 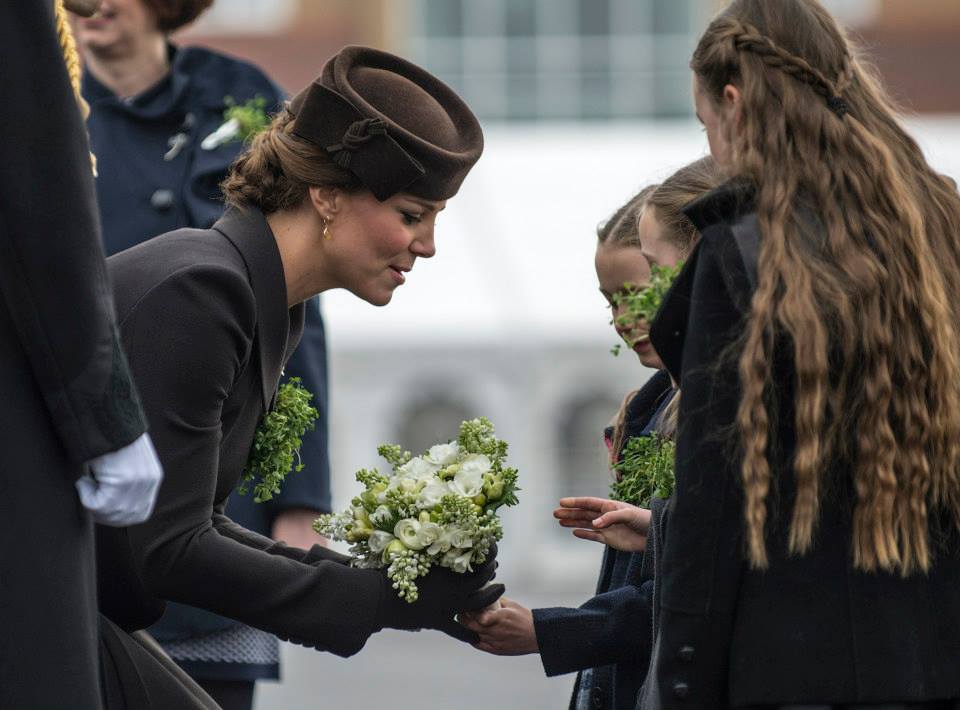 Though I wouldn’t say Kate clutched her crotch during 100% of her engagements (like 65% of our poll voters thought she would), she did do it during most of them. While standing still, I’ll accept, but the crotch clutch while walking just isn’t natural to me. It makes Kate seem insecure and closed off, and contributes to her poor posture.

PS. Sophie needs to stop doing the crotch clutch, too.

I may be in the minority here, but I do think Kate’s photography skills have improved with each outing we’ve seen – especially since 2012 – but there are still improvements to be made. I actually think it’s nice for Kate to release her own photos of her kids, and would like to see more of that in 2016 as well as better, more interesting photos.

STAHP with the Power Pumps and Bayswater Clutch

The Stuart Weitzman Power Pumps are the new LK Bennett nude Sledges. Kate wore the Power pumps 14 times in 2015. That’s tied for the record number of times Kate wore the Sledges in one year – 14 times in 2012. Keep in mind, though, that Kate did 111 engagements in 2012 and wore the Sledges 14 times; Kate did 62 engagements in 2015 and wore the Power pumps 14 times. Same amount of wears, almost half the amount of opportunities for wears. So the Power Pumps are worse than the Sledges at the height of their powers.

Kate carried the Mulberry Bayswater Clutch a grand total of 17 times. That is way more than she has ever carried a single bag in a year.

Kate has numerous pairs of shoes and numerous bags – branch out a little!

Really quick, here’s a look at a few of the British royal’s engagement numbers in 2015 thanks to Tim O’Donovan’s letter to the Times. I don’t have access to the full list as I don’t subscribe to the Times, and none of the other papers have written about it yet, but here’s some numbers thanks to Richard Palmer on Twitter.