You need to know something, you guys, this is very important… Princess Sofia cut her hair and got rid of the center part. Yep, at the Swedish Academy Formal Gathering (which brought out all of the Swedish royals) on Sunday, December 20, Princess Sofia debuted a new hair cut and wore her hair with a side part. 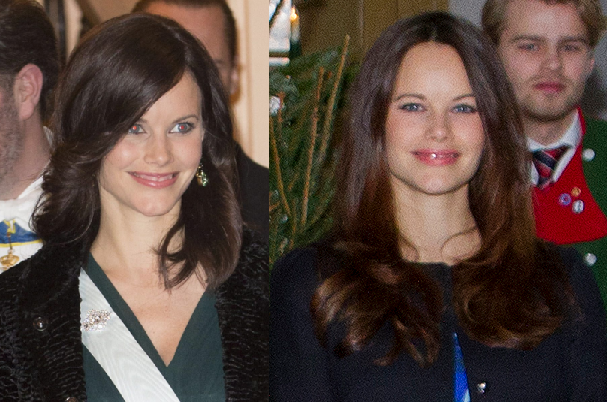 What do we think of the hair cut? I think it’s similar to Duchess Kate’s in that I will need to get used to it. At least Sofia didn’t go with bangs. 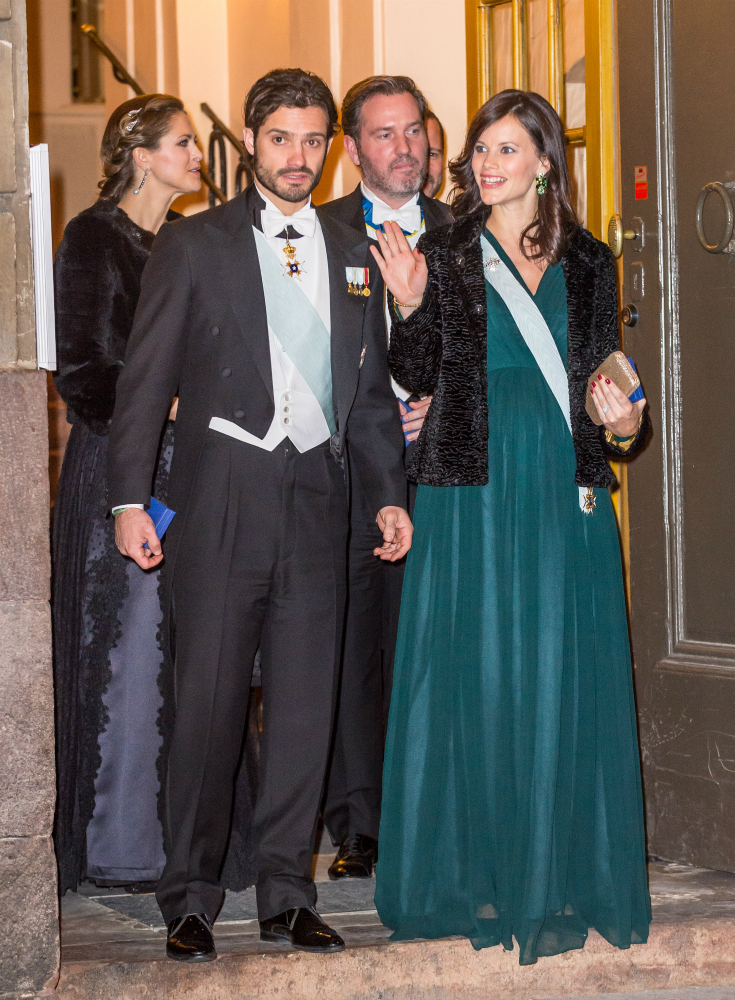 Along with her new hair cut and style, Princess Sofia wore a green Viktoria Chan dress and Caroline Svedbom “Dione Earrings/Chrysolite and Emerald” earrings (1550 Kr/about 183 USD). It seems like emerald is going to be Sofia’s signature stone – her tiara features emeralds, and she’s worn several pairs of emerald earrings. 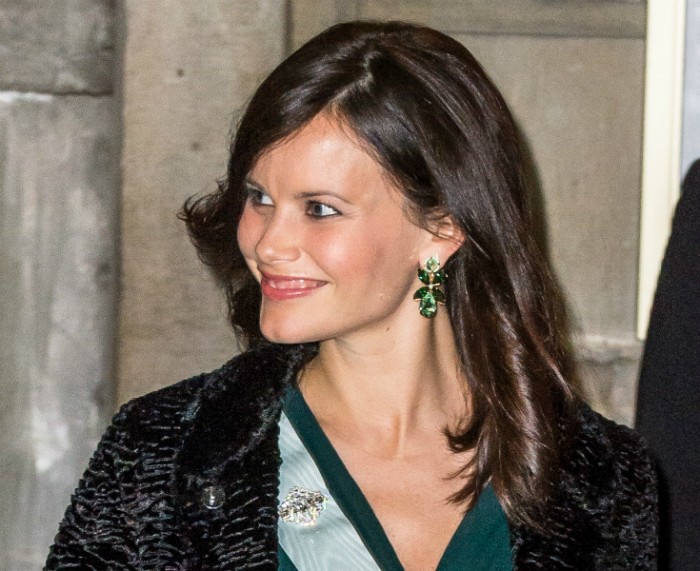 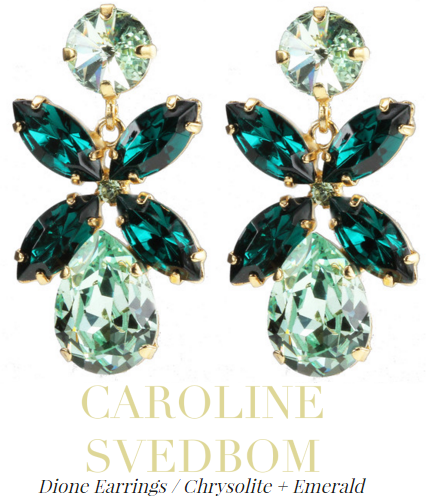 Princess Madeleine repeated a black Ida Sjöstedt dress she first wore in September 2014 to the Childhood anniversary dinner. Madeleine wore pearl and diamond drop earrings we’ve seen her wear before and a diamond clip in her hair. 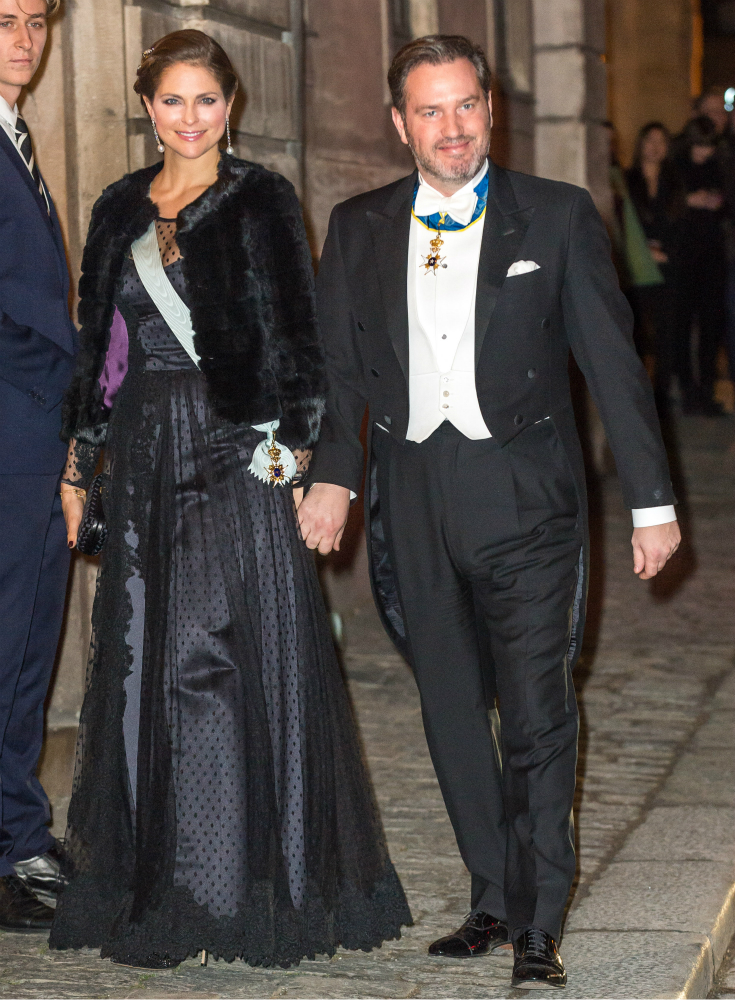 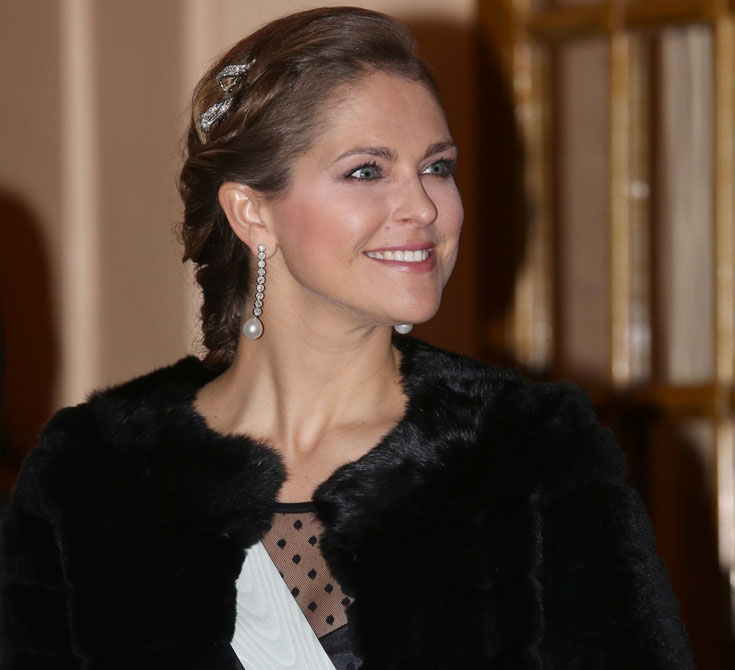 Crown Princess Victoria wore a black velvet dress with black sequin detailing at the neckline, under the bust, and at the sleeves. She wore a diamond and pearl brooch, diamond earrings, and a diamond floral brooch in her hair. 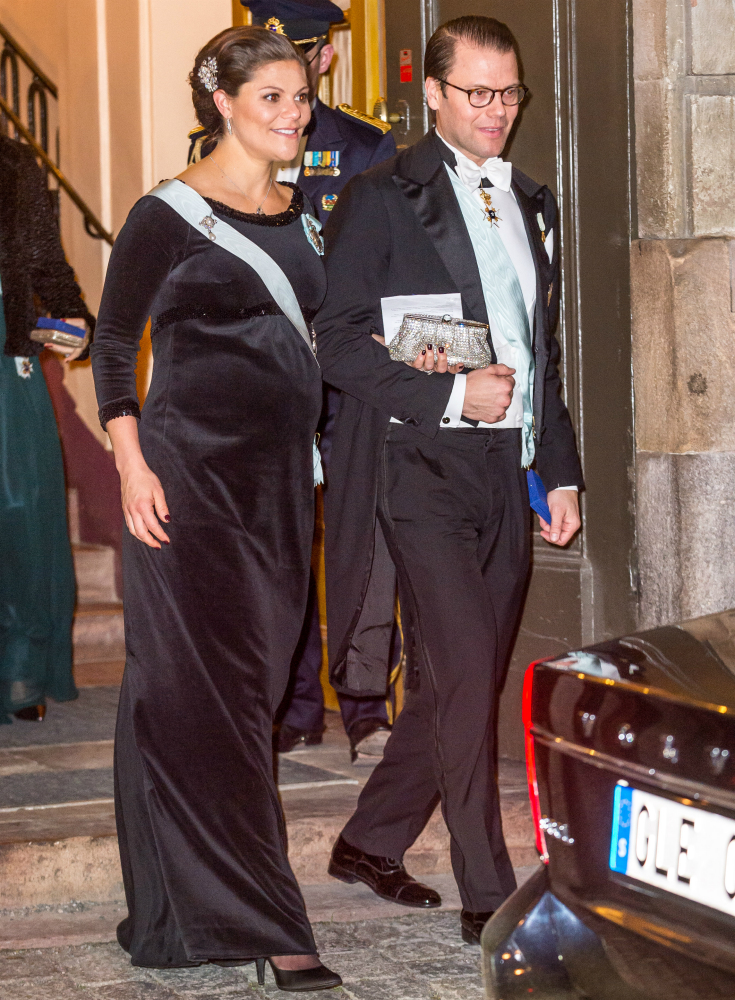 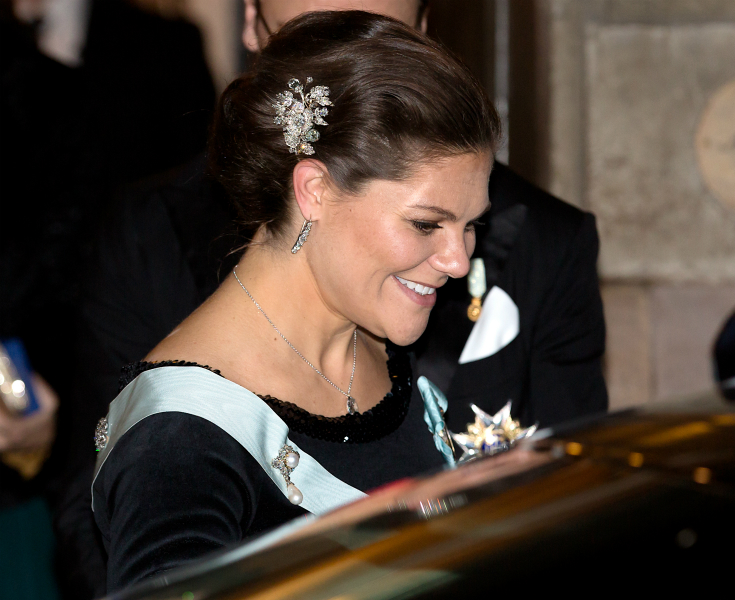 The Swedish Academy was founded on December 20, 1786 by King Gustav III to promote Swedish language and literature, and the Formal Gathering marks the end of the Academy’s working year.

The Director’s speech is long but the crux of it involves the EU and cultural diversity through language: how “without language policy that has a long-term survival value, cultural diversity will be depleted” and people who speak minor languages “will feel marginalized” and a “continuing marginalization promotes discontent and nationalism of the wrong sort”, but that “a language policy that is formulated correctly can… be a magnificent tool to create integration and harmonization.” 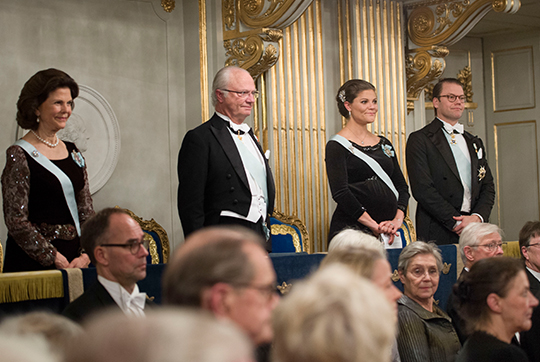 Prince Carl Philip and Princess Sofia were out and about the next night, December 21, as well, attending the ‘Christmas in Vasastan’ concert at Gustav Vasa church in Stockholm.