Here is a Royal Round Up of Sophie, Countess of Wessex with her kids at Ascot Racecourse, Camilla, Duchess of Cornwall at the London International Horse Show, Crown Princess Victoria receiving the Nobel Peace Prize winners, Princess Sofia and Prince Carl Philip receiving the firs, Princess Charlene handing out presents to kids with Prince Albert, and Queen Maxima attending an art award ceremony.

I haven’t covered Sophie, Countess of Wessex in a while, so let’s catch up with her at the Christmas Racing Weekend at Ascot Racecourse on Saturday, December 19, in Ascot, England. Sophie was out with her family: Prince Edward, Lady Louise Windsor, and James, Viscount Severn. Both children have gotten so big – Lady Louise turned twelve on November 8 and James turned eight on December 17 (Happy late Birthday, kids) – they’re growing up so fast.

I know not everyone loves Camilla (which is fine, you don’t have to), but I’m going to continue to cover her anyway. Camilla, Duchess of Cornwall attended The London International Horse Show at Olympia Exhibition Centre on Thursday, December 17, in London. Camilla – dressed in blue velvet – met the performers at the show and presented the Raymond Brooks-Ward Memorial Trophy to winner Jessica Mendoza.

There will be another Swedish royal family article tomorrow since they will all attend the Swedish Academy’s formal assembly tonight in Stockholm, but here’s a quick check-in before then because we have a rare sighting of Crown Princess Victoria is a ponytail! Victoria so often wears her hair in a bun or updo that it’s so weird to see her in a ponytail.

On Tuesday, December 15, King Carl XVI Gustaf and Victoria received the Tunisian National Quartet for Dialogue which won the 2015 Nobel Peace Prize “for its decisive contribution to the building of a pluralistic democracy in Tunisia in the wake of the Jasmine Revolution of 2011.” 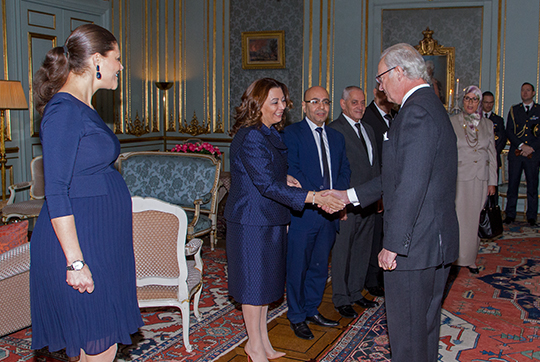 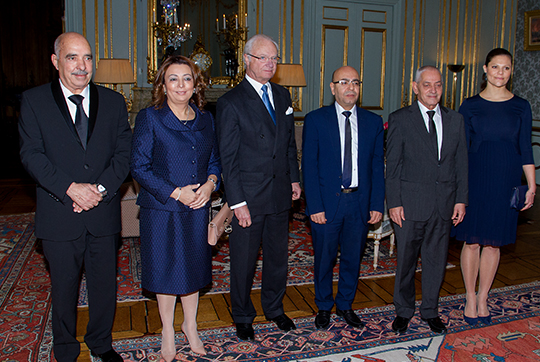 Continuing a tradition that started in the late 1960s, Prince Carl Philip and Princess Sofia received a set of King Spruces (which got its name due to this tradition) at the Royal Palace on Wednesday, December 16, from students at the Swedish University of Agricultural Sciences (Sveriges lantbruksuniversitet – SLU).

Sofia’s blue, geometric patterned dress is from H&M and her black jacket is Valentino. 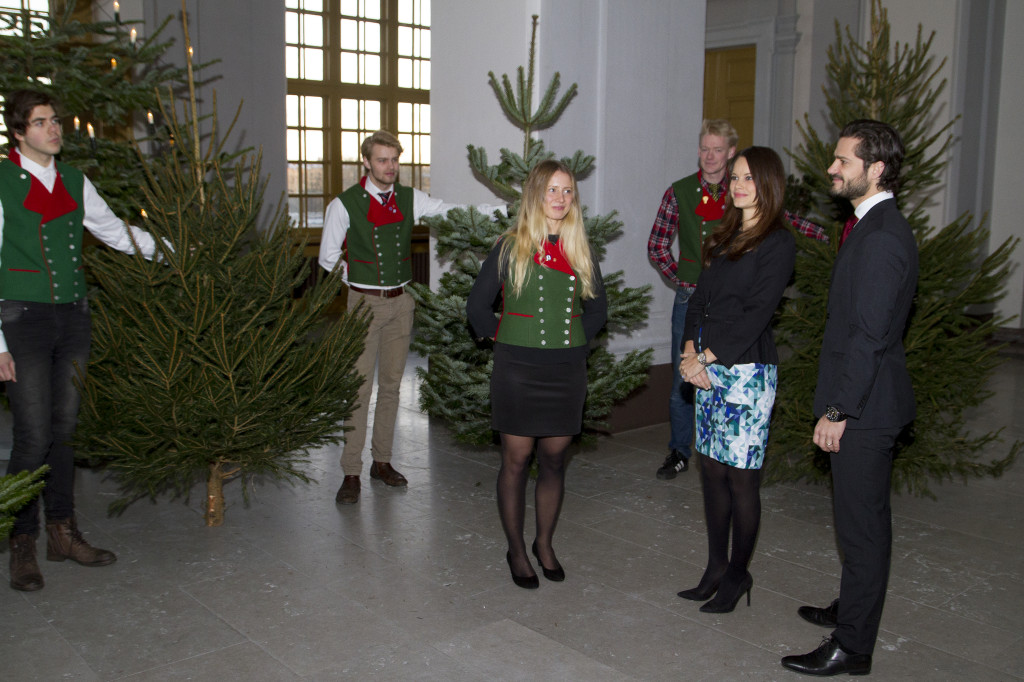 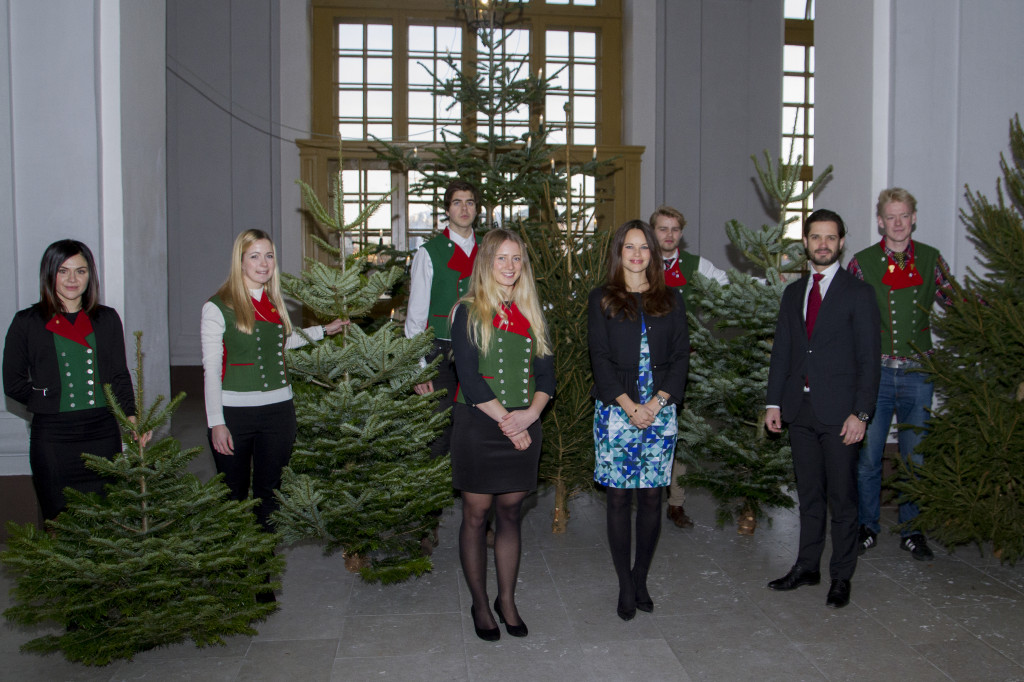 Prince Albert and Princess Charlene attended the Christmas gift distribution at the Prince’s Palace of Monaco on Wednesday, December 16. Albert and Charlene held hands as they walked to the event. Charlene’s white poncho is from Akris and she wore what looks like back skinny jeans. Are we okay with Charlene’s black skinny jeans? We call out Kate whenever she wears hers.

Queen Maxima wore a colorful dress from the Spijkers en Spijkers Autumn/Winter 2015 collection to the Dutch Prix de Rome 2015 award ceremony on Thursday, December 17. The Prix de Rome is the oldest award in the Netherlands for artists under 40, with the purpose of the award being to identify talented artists, encourage them to further development, and increase their visibility. The Prix de Rome was introduced in 1808 by Louis Napoleon.