I know it’s the 1st, but instead of a Hot Guy of the Month, here is a royal round up post featuring the Swedes. I’ll have a Hot Guy post later this week (anyone in particular you’d like to see featured?). There are a few announcements for Princess Madeleine, Crown Princess Victoria going back to her normal schedule, and Princess Sofia (formerly Sofia Hellqvist) attending her first engagements as an official royal.

Princess Madeleine, Princess Leonore, and Prince Nicolas have officially moved to London to be with Chris O’Neill. Prince Nicolas’ baptism will take place in the Royal Chapel at Drottningholm Palace on Sunday October 11, 2015. Maddie will be in attendance (along with the rest of the family) for the opening of parliament on September 15. 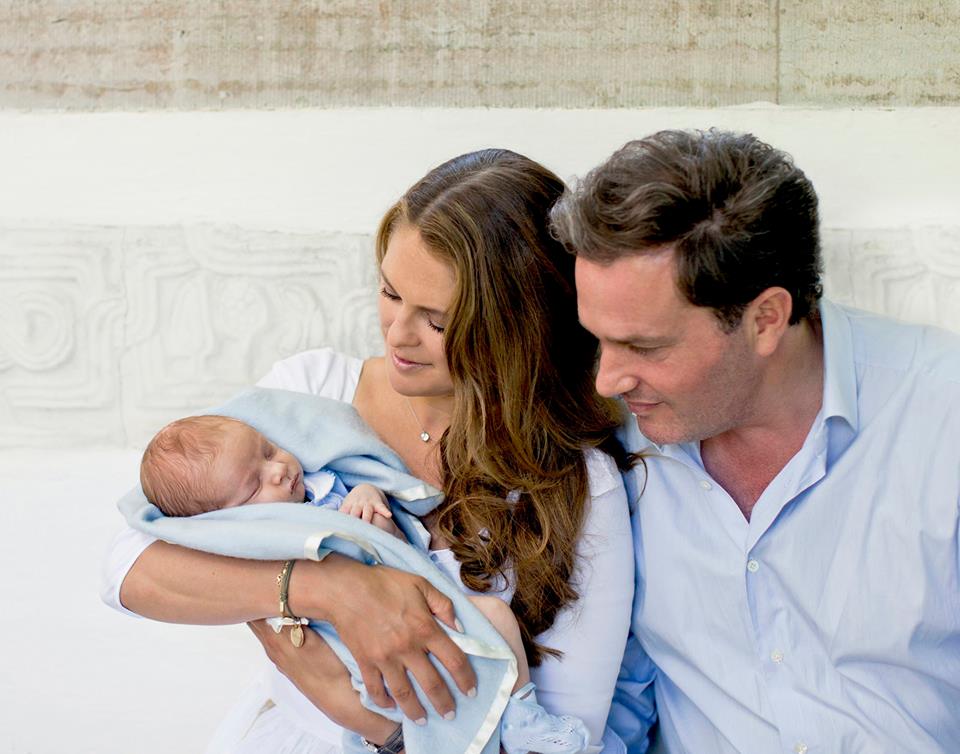 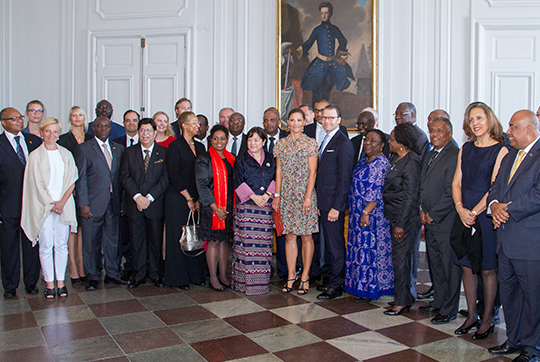 On Friday, August 21, Victoria and Daniel visited Södertälje to hear about their work to safeguard skilled workers, secure an education infrastructure when skill requirements of labor increases, and combat exclusion. 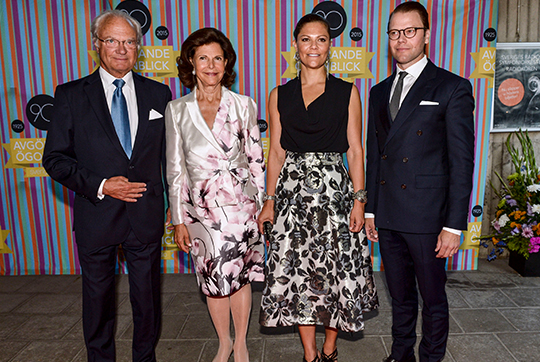 On Saturday, August 22, Crown Princess Mette-Marit joined Victoria for the Climate Pilgrimage. The focus of the pilgrimage is, like the Ambassador’s visit above, focusing on the importance of the UN climate summit in Paris in December. Victoria participated in the walk between Halden, Norway and Strömstad, Sweden. At Älgafallet/Elgåfossen, the border between Sweden and Norway, Mette-Marit gave the baton (a water bottle from Elgåfossen) to Victoria. The climate hike ended with a prayer service in Strömstads church attended by both Victoria and Mette-Marit.

Mette-Marit wore a dress from Australian brand Zimmermann – the White Confetti Embroidered Floral-Print Cotton Dress – which is a designer Duchess Kate has worn twice. In fact, Mette-Marit’s dress is very similar to Kate’s. 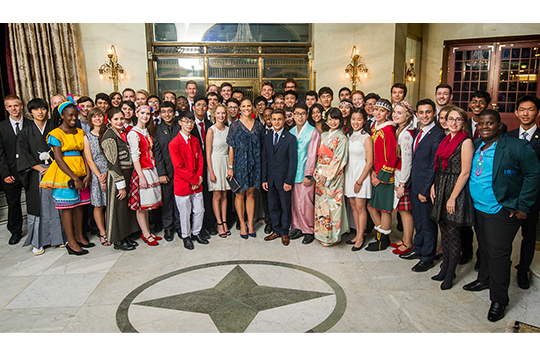 On Wednesday, August 26, Victoria, along with her father the King, presented the Stockholm Water Prize 2015 to Rajendra Singh from India. Victoria wore a dress from Marc Jacobs. 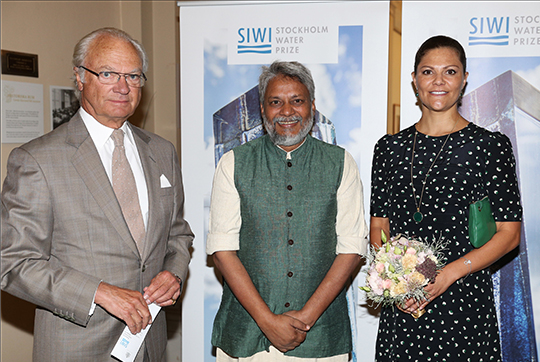 On Thursday, August 27, Victoria took part in World Trade Day 2015, presenting the Export Hermes award to Sectra AB, which develops IT solutions used for medical imaging and secure communications. The Export Hermes award was founded in 1981 and is awarded to Swedish companies that perform well and increase Sweden’s export efforts. 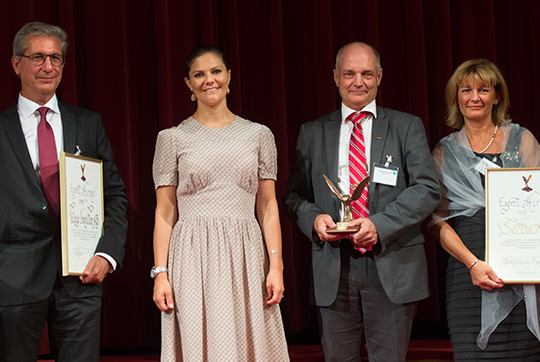 On Friday, August 28, the King and Crown Princess visited Kalmar County to take view the county’s work on climate and environmental issues, where they inaugurated the new CHP plant. Victoria wore a striped sweater from Lindex and blazer from Hunky Dory. 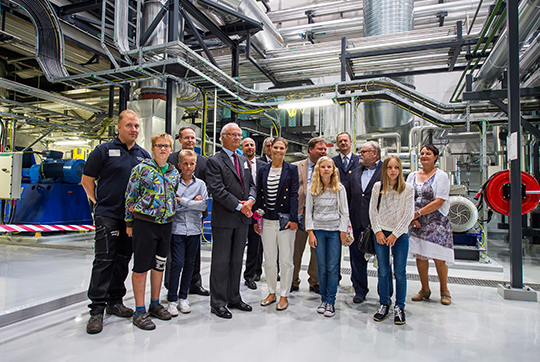 Sofia made some comments about the initiative, saying: “I feel great hope. I have personally seen what gang activity can lead to. We tread the fragile thread between life and death, which our young people are balancing on.” 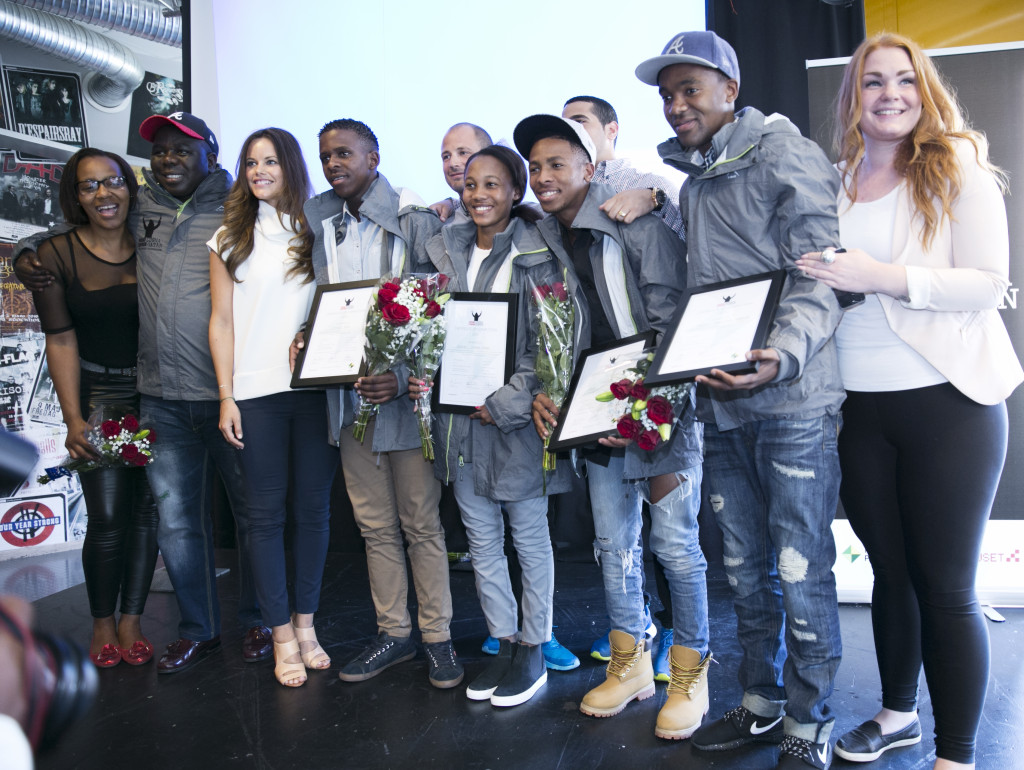 On Wednesday, August 26, and Thursday, August 27, Prince Carl Philip and Princess Sofia visited Värmland. The couple are the Duke and Duchess of Värmland. There was lots of rain, but they continued with their schedule anyway.

The visit began at the nature reserve Byamossarna which is Arvika’s largest contiguous area of marshland. The trail is part of the gift that the County Administrative Board in Värmland gave Royal couple during the banns.

The evening ended with a dinner at Governor Kenneth Johansson‘s residence in Karlstad. Sofia wore a black dress from Zara – the Tube Dress with Raglan Sleeves ($69.90)

About adjusting to life as a royal, Sofia said: “You learn so much about Sweden, it’s really fun! I see it as a great honor and I hope I can do a good job.”

Here are some photos from the Daily Mail.

On Friday, August 28, the couple were back in Stockholm where, along with the Queen, they attended the opening of the exhibition Clothes for a Princess – The Lilian Look! In memory of Princess Lilian, who would have turned 100 years on August 30th, the exhibition displays several different types of garments – evening dresses and costumes but also hats and bags – and is divided into six categories: weddings, family celebrations, entertainment, Nobel, inaugurations and charity, and humor.

In her speech opening the exhibition, the Queen said: “It is sometimes said that clothes make the man. But with Princess Lilian was the opposite. In her case, it was the woman who made the clothing. The pieces shown in this exhibition reflects Princess Lilian’s personality. We recognize her in the adorable pastel colors. The elegant cuts. And even in the fine details. There’s that ‘tongue in cheek’ that was so characteristic of her.” 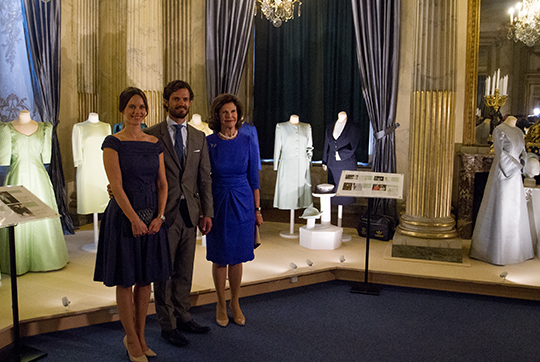