Kensington Palace released Princess Charlotte‘s Christening photos. The four photos were taken by Mario Testino in and around Sandringham House. 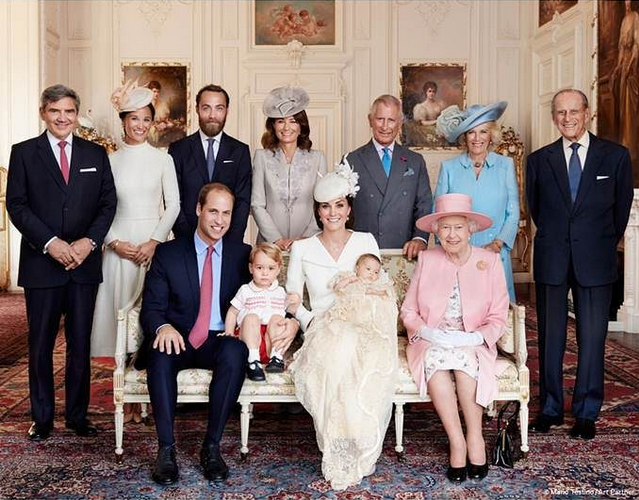 It’s the requisite family portrait, and looks just as lovely as any other family portrait. But I miss Harry. Also, my eyes were drawn immediately to the Queen in her pink coat. And in a fashion update, it looks like Carole’s coat and hat are dove grey.

Just the Cambridge family. I like this photo. It’s less formal than the whole family portrait, but still a nice shot. Also, lovely background. Though kind of bummed they’re squinting.

Kensington Palace said in a statement:

“The Duke and Duchess of Cambridge and their whole family had a wonderful day on Sunday and were delighted to share the special occasion with the thousands of people who came to Sandringham. They are very happy to share these photographs and hope that everyone enjoys them as much as they do.” 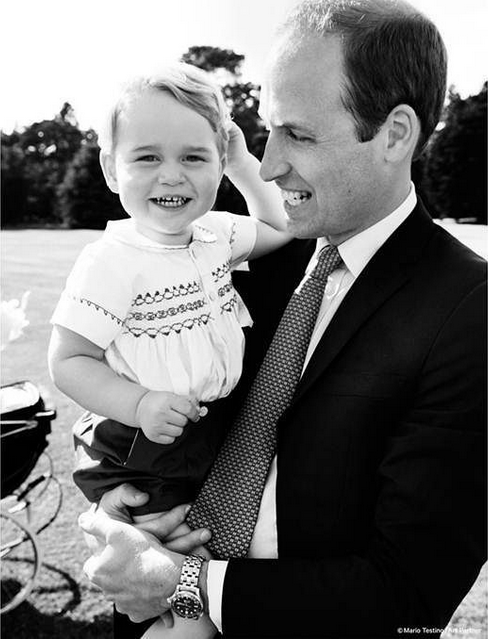 This is, like, classic Testino. Black and White intimate and informal portrait of the subjects.

And finally, my least favorite portrait of them all. So much harsh lighting, so much white background, so much Terry Richardson. This photo grosses me out, honestly. When I saw this photo, I got the creeps. With the harsh lighting and white background it reminds me so much of Terry Richardson’s photography style. And for why that is gross and creepy, well, Terry Richardson has a reputation as a terrible, disgusting human being. I won’t repeat any of it here, but it is easily Googled. So yeah, I don’t like this photo at all. It is really disturbing to me.

Overall, I’m happy with these photos because they are far less photoshopped than George’s christening photos. Though as someone said on Twitter, they look very Instagram-y. Especially the Kate and Charlotte one – it’s not even in focus.

It was nice to get a good look at Charlotte, though. She looks like she has brown hair. But then again, George also looked like he had brown hair at that age and he’s blonde now. We’ll see what color he ends up with moving forward (you know, before he goes bald). Oh, and Charlotte’s eyes seem brown, right? So both George and Charlotte got brown eyes?