Fresh off her daughter’s Christening, and with a new haircut, Kate Middleton, Duchess of Cambridge, attended day nine of Wimbledon today, July 8, with her husband, Prince William. Sophie, Countess of Wessex sat next to William in the Royal Box. Also in attendance were Prince Albert of Monaco, Prince and Princess Michael of Kent, and Michael and Carole Middleton. UPDATE: Zara Phillips and Mike Tindall were there, too.

Yep, Kate decided to foray into bangs territory again after she cut bangs just before announcing her pregnancy with Prince George in 2012. She seemed to tire of those bangs quite quickly last time, but decided to give them another go anyway. I don’t hate the bangs. They are no where near as bangs trauma-y as Princess Charlene’s bangs from earlier this year (which she promptly got rid of), but these bangs are just going to be another excuse for Kate to play with her hair.

Kate usually repeats outfits for Wimbledon, but that tradition went into the garbage with the chucks of hair that used frame her face. Kate wore a new dress from LK Bennett, the “Cayla Long Dress” in cardinal red (£250.00). She repeated her Mirabelle “Lolita” earrings from her Fostering Network visit in January, and her Diane von Furstenberg “Leopard-print Snakeskin Clutch” she carried to Wimbledon 2012 and to a reception in LA in 2011. She of course wore her Cartier watch.

I hate how this color always seems to photograph with an orange tint, but I do like the cut of the dress. It’s a good length. Nice and long, so no worries about showing anything. And I’m so happy she brought back the leopard print clutch. It’s one of the few fun clutches she has. 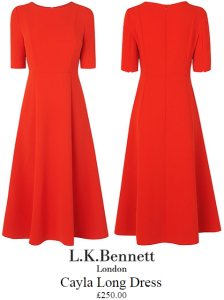 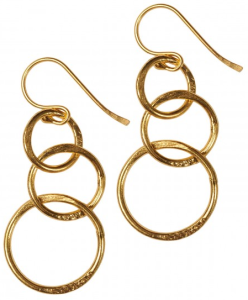 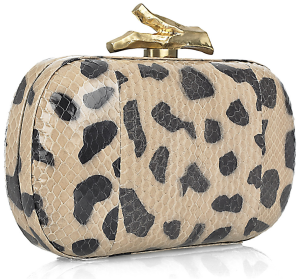 Kate of course made faces, because that’s what she does at Wimbledon. #ForeheadWrinkles.

Sophie, Countess of Wessex sat next to William during the match and talked to him for a bit. Sophie wore her Alice Lee dress she debuted at Ascot Day 3 on June 18.

Michael and Carole Middleton. Carole be crotch clutching, yo. I guess now we know were Kate gets it from.

My day is made. Mike & Carole are at #Wimbledon today, too. #Middleton #Tennis pic.twitter.com/HElcu0X0Ej

Prince and Princess Michael of Kent.

For those of you know asked in the last thread about Rebecca Deacon. She showed up to Wimbledon today. She’s on the right in this photo. I guess that means this was an official appearance and will be counted in the court circular?

Zara Phillips and Mike Tindall were there, too.