As I’m sure you are well aware, Kate Middleton, Duchess of Cambridge, made her grand return to royal duties by showing up to Trooping the Color (as 69% of us who took the February poll predicted). Not only did Kate show up, but she brought Prince George along (didn’t think that would happen, so I didn’t poll for that). Shocking. I guess this is what the royal aides meant when they said George would be “more visible over the next few months”. 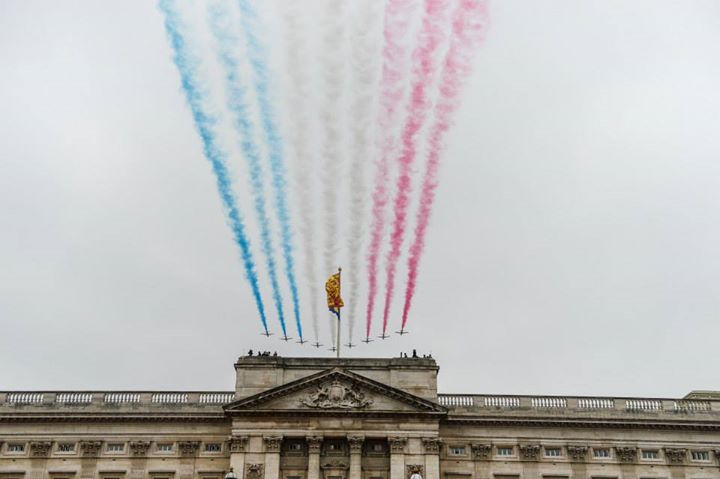 Trooping the Color is an annual ceremony where one unit of the British armed forces “troops” their flag (this year it was the 1st Battalion, Welsh Guards). Historically this was to ensure every member of that unit knew which flag was theirs in battle. Since 1748, Trooping the Color has marked the official birthday of the Sovereign. The Queen has two birthdays, her actual birthday which is in April, and her official birthday which is celebrated in June. Every year, the entire (or most of) royal family shows up for the balcony appearance. Three Royal Colonels – Prince Charles (Welsh Guards), Prince William (Irish Guards), and Princess Anne (Blues and Royals) – rode horses in the parade, while Prince Philip (Grenadier Guards) and the Duke of Kent (Scots Guards) rode in carriages. 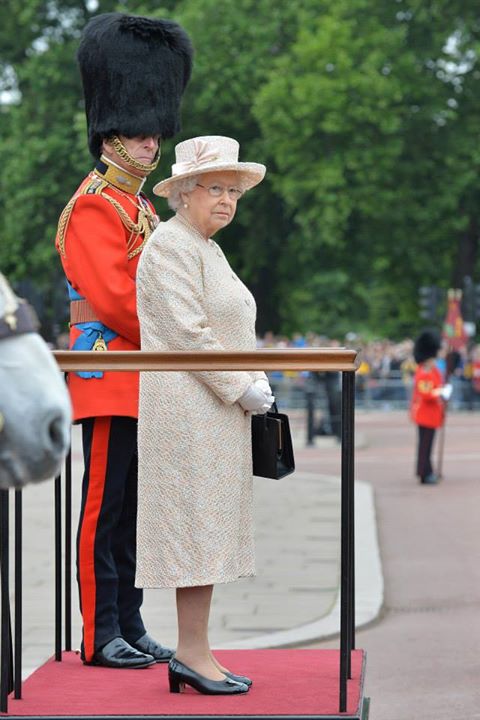 Also riding in carriages were Kate, Camilla, Duchess of Cornwall, and Prince Harry (looking good in his Household Cavalry uniform with his newly acquired Royal Victorian Order) in the No.1 Barouche, and Prince Andrew, Princess Beatrice, and Princess Eugenie in the No.2 Barouche. Sophie and Prince Edward are usually in the third carriage, but they were in Sweden representing HM at the royal wedding of Prince Carl Philip and Sofia Hellqvist. 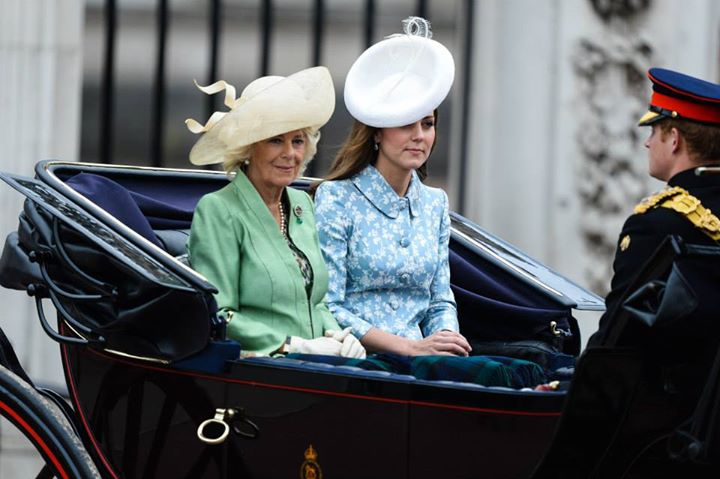 Kate ripped up her grandma’s couch and made a coat out of the fabric… I mean she wore an ivory and ice blue silk coatdress with a floral pattern from Catherine Walker, the “Astrid”. She topped her head with a white Lock & Company hat (the “Marisabel”, £895.00) that would look more at home hanging with Carl Philip and Sofia’s wedding cake than on Kate’s head. Kate wore her aquamarine and diamond earrings. I’m not a fan of this coat. The floral pattern is too busy. Oddly enough, I don’t mind the sci-fi donut hat. 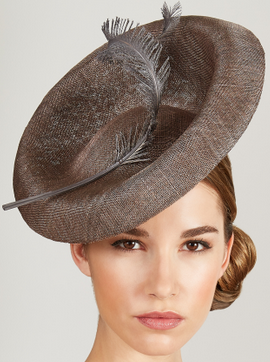 Camilla, on the other hand, looked fantastic. She wore a light green coat and a dark green floral patterned dress, paired with the hat she wore to William and Kate’s wedding in 2011. Camilla wore a pearl necklace and her diamond Prince of Wales feather brooch with an emerald drop. This whole outfit – jewelry, bag, and all – is repeated from Ascot 2013. This is my favorite outfit she’s ever worn.

While William and Kate traveled to Horse Guards Parade, Prince George and Nanny Maria watched from the window. George made faces, because he has more personality than both his parents combined. Oh, and I guess Will and Kate left Princess Charlotte with the other nanny or something.

Then George made his first balcony appearance (I’m still shocked they brought him). He also made a wardrobe change into the exact same blue suit William wore to Trooping in 1984 so that William and Kate could Single White Female Princess Diana AGAIN.

Seriously, they are actively trying to recreate photos from the Diana days. Now, I can understand putting your kid in hand-me-downs. If you have clothes you or your spouse used to wear as kids, then why not put your kids in it if it fits. Clothes are expensive and kids grow out of things so fast, it makes sense to put them in hand-me-downs. But actively recreating photos your parents took? That’s weird. And don’t give me that “royal continuity” line. A similar look and feel is one thing, but blatantly recreating a photo your parents (or parents-in-law) took is weird. Be your own people. 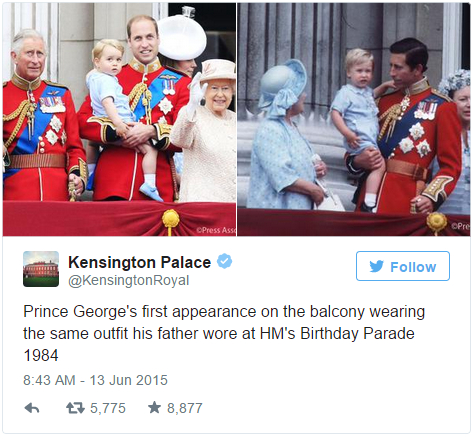 George is not as much of a squirmer as Princess Leonore, but he’s cute nonetheless. I love his little wave.

PS. I’m pretty sure the reason William and Kate stood on the left side of the balcony (rather than on the right where they usually stand) is so they could get this “Four Monarchs” shot – which includes one monarch, and three possible future monarchs.

PPS. Some Harry action (along with Beatrice and Eugenie who were both looking rather drab).