Royal Round Up: The Swedish, part 1

Princess Estelle Princess Leonore Princess Madeleine Swedish Royals
May 13, 2015May 13, 2015 by katemiddletonreview62 Comments on Royal Round Up: The Swedish, part 1

This Royal Round Up post has some of the cutest members of the Swedish Royal Family, namely Princess Leonore and Princess Estelle. It also has Princess Madeleine, Queen Silvia, and Chris O’Neill in Vatican City. Incidentally, I wrote up the majority of this post two weeks ago (when the Vatican City visit happened), was going to post it, then Kate Middleton went into labor and gave birth and it got bumped. But no longer! This is just the first part of the Swedish round up from the last two weeks, I’l cover the King’s birthday and Victoria doing other stuff in a later post. Since these photos are two weeks old, you may have already seen them, but I want to post them anyway so here they are.

Let’s start with some cuteness! I can’t find the tweet now, but I saw on Twitter a while back that someone thought Princess Estelle was overexposed (the tweet came during a conversation was about Prince William‘s desire to hide away his kids versus Crown Princess Victoria and Prince Daniel showing off their child). Do you think Estelle and/or Leonore are overexposed? I do not. I think Victoria and Daniel are doing a great job giving the people enough exposure to Estelle, and easing her into her future role. William says he wants to give his children a normal childhood, but they are not normal and never will be. I feel like Victoria and Daniel balance that out perfectly. They are easing Estelle into her role – so shes not terrified of the press and crowd like Prince George was when arriving at the Lindo Wing – but also allowing her to have a lot of privacy. Victoria and Daniel expose Estelle when they want to, and she gets left alone the rest of the time. Same with Madeleine’s handling of Leonore. Maddie posts photos and even brings Leonore to events, but Maddie gets to decide when and how much exposure (though I have actually seen pap pics of Maddie walking Leonore). So anyway, I love the pictures that Victoria and Maddie put out there of their kids, and I love when they bring their kids to events. It doesn’t happen all the time, which I’m okay with, but it happens often enough. I honestly believe that if William were to release regular photos of George, and now Princess Charlotte, that the demand for pap pics of them would go down. Enough with the long rant, on to the photos!

Maddie posted this picture to her Facebook page with the caption: “Spring is finally here!” 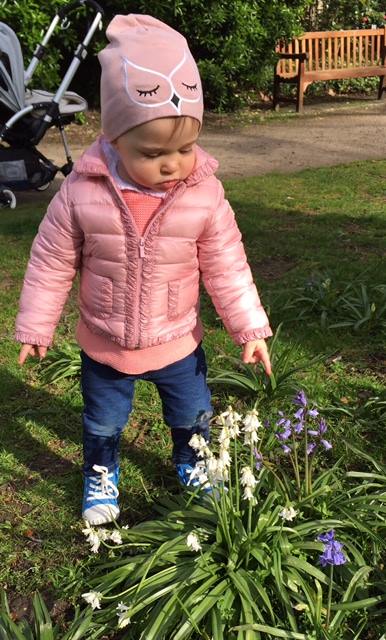 They released these two photos of Estelle playing in the garden of Haga Palace (Victoria and Daniel’s official residence). 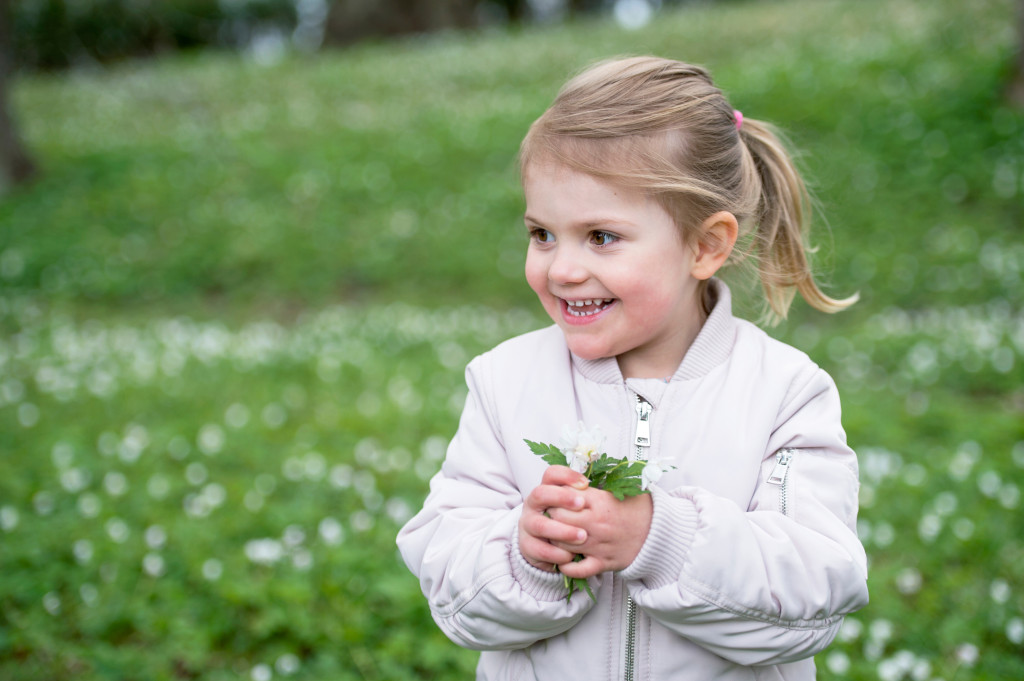 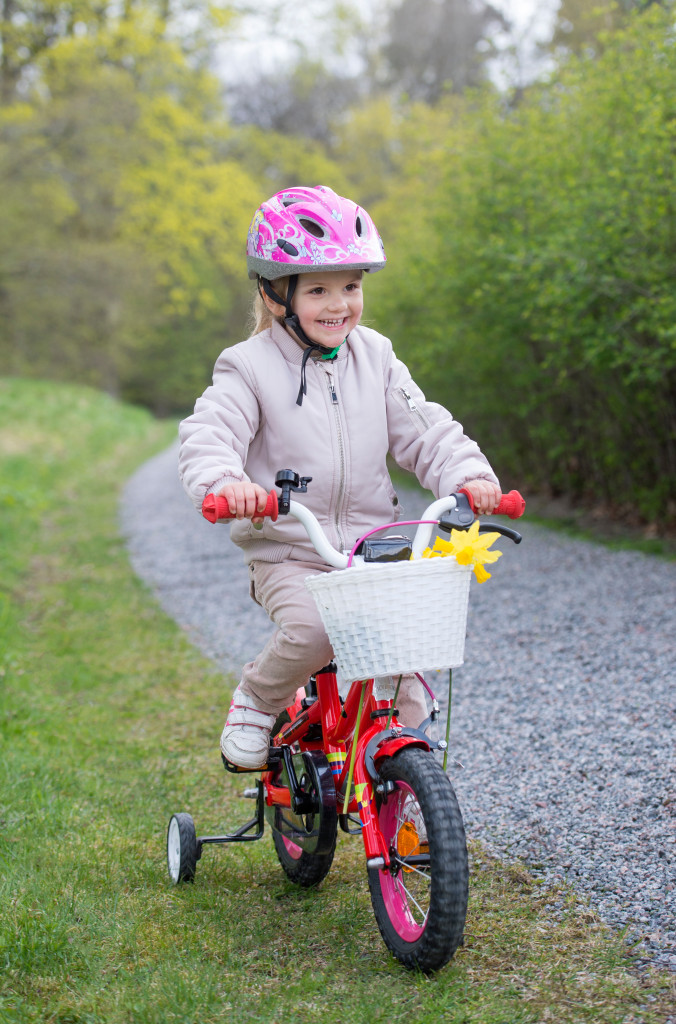 Maddie and Chris sent out handwritten thank you notes to people who sent gifts for Leonore’s christening last year, which included this picture of Leonore. Leonore has a permanent sad-face with her pout-y lips. She’s so adorable. 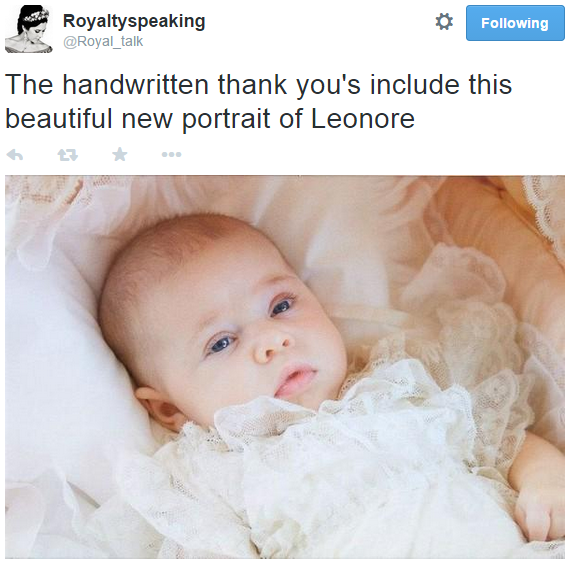 By the way, when William and Kate release a family photo in a month or so, I really hope they release a photo of George holding Charlotte like the Swedes did with Estelle and Leonore last year. 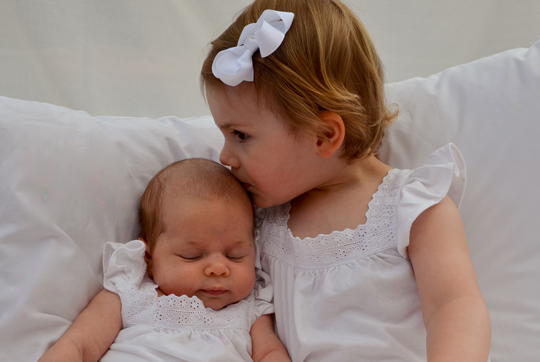 Neither Maddie nor Silvia have privilège du blanc, which is the privilege of wearing white in audiences with the Pope. The only women with that privilege are the Queens (or Queen Consorts) of Spain, Belgium, and Luxembourg. The women currently eligible for the privilege are: Queen Letizia of Spain, Queen Mathilde of Belgium, Grand Duchess Maria Teresa of Luxembourg, and the former Queens Sofia of Spain and Paola of Belgium. Which is why Mathilde wore white during her audience with the Pope in March and Silvia and Madeleine wore black. 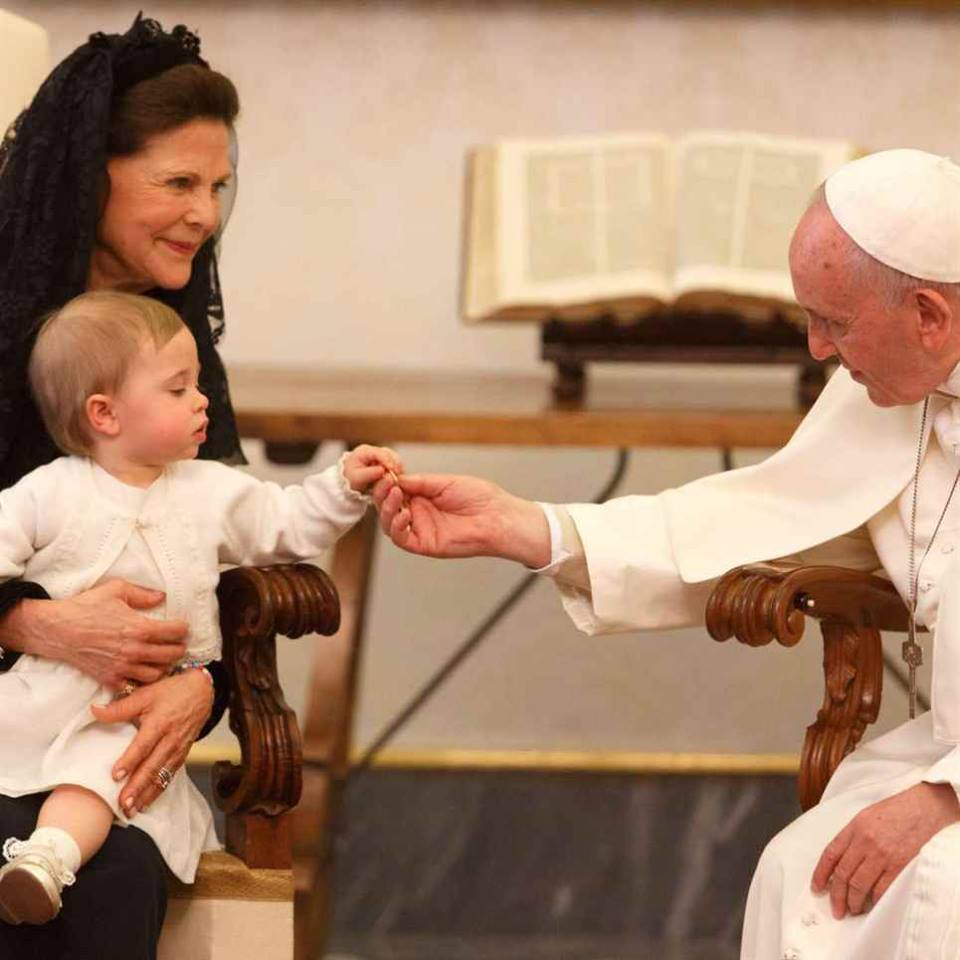 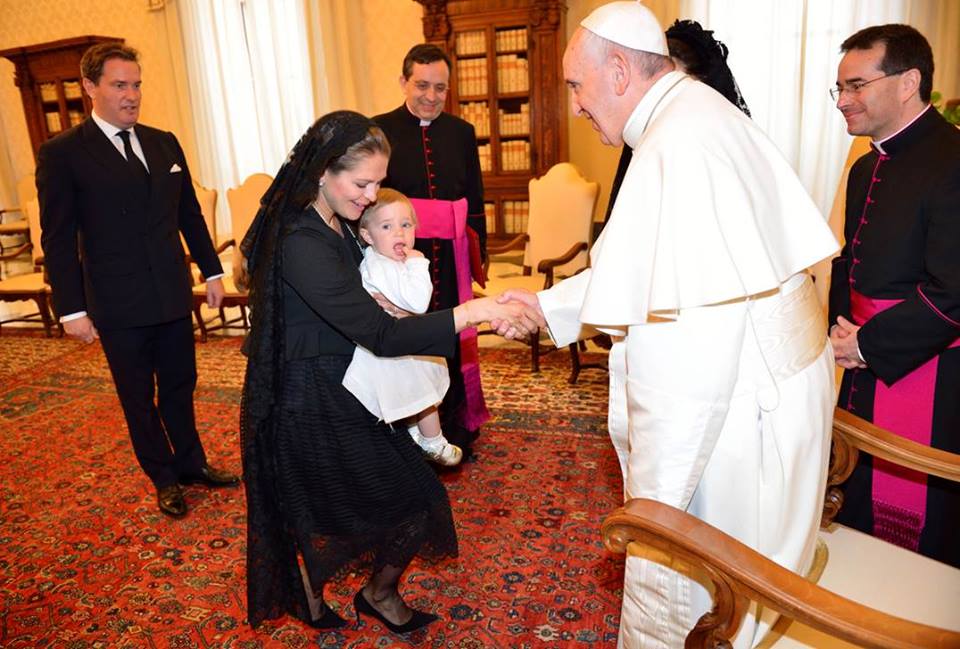 After their audience with the Pope, Silvia and Maddie attended the seminar “Trafficking with a Special Focus on Children” at the Pontifical Academy of Sciences at Casina Pio IV in Vatican City, Vatican. From Princess Madeleine’s Facebook page: “[The seminar] focused on human trafficking but especially child trafficking. We discussed the importance of prevention through strengthening education, fight poverty to decrease the number at-risk of trafficking, and to use technology to inform the public but especially parents and children.”

In her address, Silvia spoke about her work with Childhood and how it was far more controversial than she thought it would be but through the sixteen years of it’s existence she has found a focus for it in preventative work. She calls for not being silent in the fight and giving voices to the most vulnerable children. 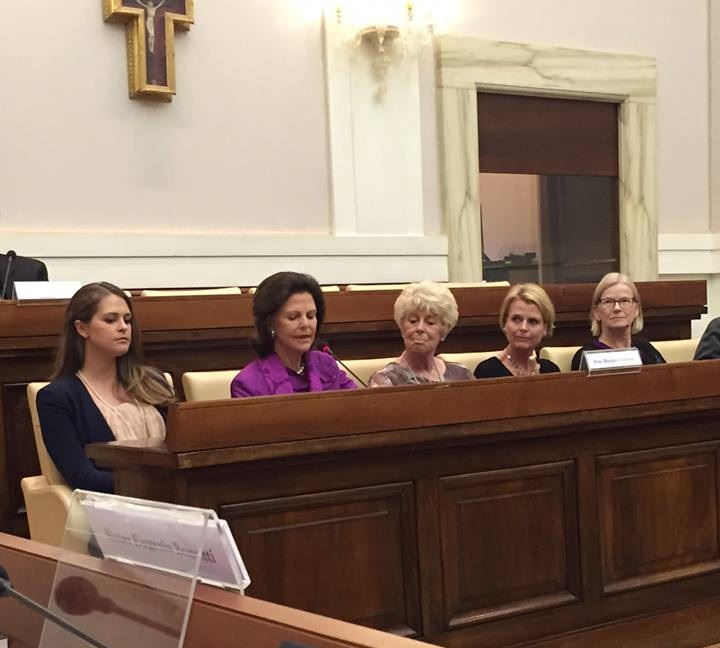