Sophie, Countess of Wessex attended the reinterment ceremony of King Richard III at Leicester Cathedral in Leicester, England on Thursday, March 26. A skeleton was found under a car park in 2012, and was taken, studied, and analyzed, and found to be the remains of King Richard III – who was slain in battle in in 1485 in the Battle of Bosworth Field during the War of the Roses between the Houses of York (Richard) and Lancaster (Henry Tudor). Richard’s death ended the Plantagenet dynasty, and Henry Tudor became the first king of the Tudor dynasty when he assumed the throne as King Henry VII.

The Queen did not attend, but she did send a message in the service. 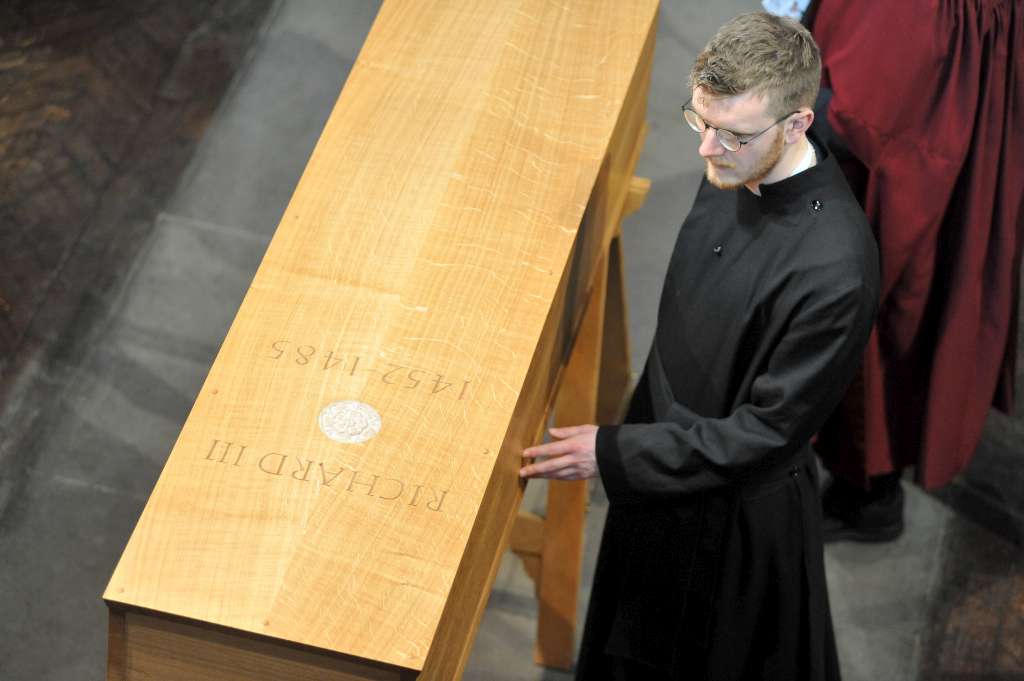 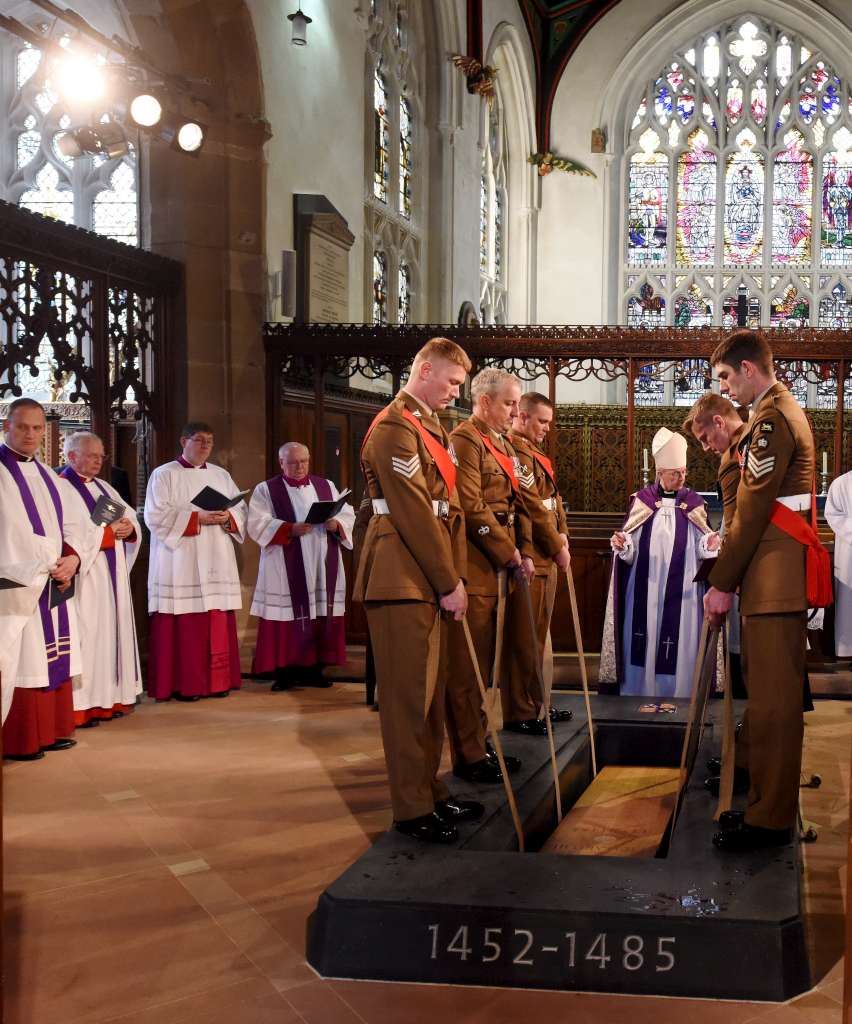 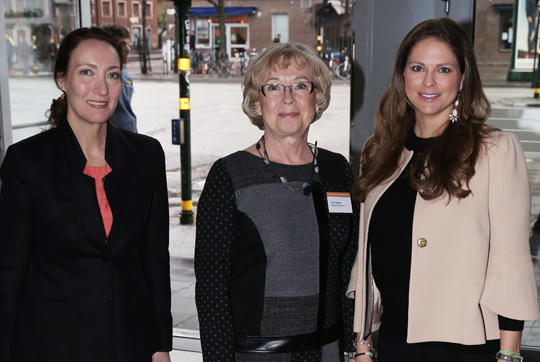 Princess Madeleine attended a national conference on human trafficking and sexual exploitation at the Clarion Hotel in Stockholm on Monday, March 23. The conference was organized by the County Administrative Board of Stockholm and brings together the foremost experts to report on the latest research involving human trafficking and sexual exploitation.

Maddie posted a comment on her Facebook page, along with the photo below: “Today, I’m attending a conference in Stockholm on very relevant problems, Human Trafficking and Sexual Exploitation. I’m so happy to be here with Childhood and to know that through this seminar, we can highlight these issues and Childhood’s critical work in preventing the sexual abuse and exploitation of children.”

Maddie and her mother Queen Silvia attended a collaboration meeting of the World Childhood Foundation’s International Council at Drottningholm Palace on March 26. 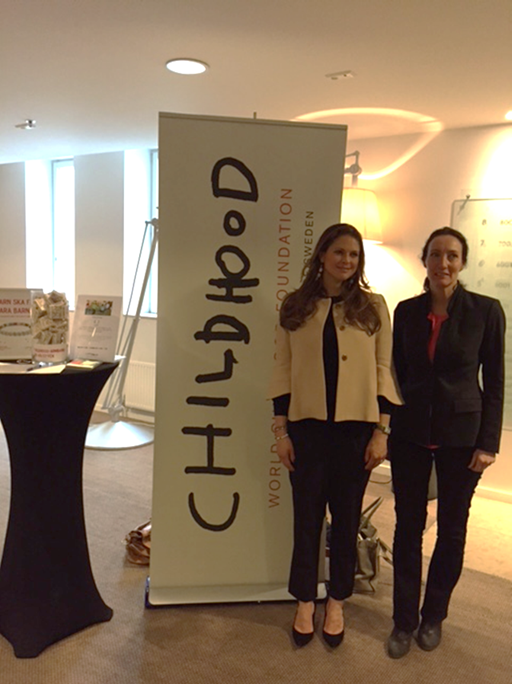 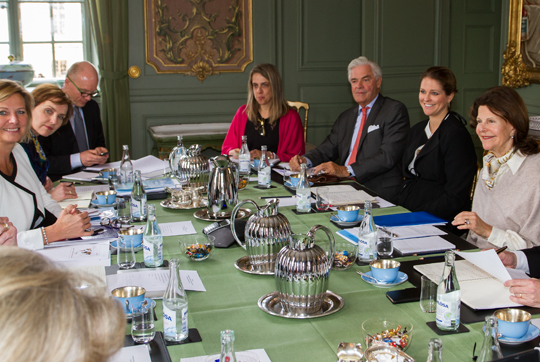 Queen Letizia and King Felipe were scheduled for a State Visit to France this past week, but when they arrived on March 24 the news broke of the Germanwings plane crash in the Southern French Alps, killing 150 passengers, many of whom were Spanish. After a discussion with French President Francois Hollande they decided to cancel the State Visit out of respect to those who died. The King and Queen of Spain were invited to join a a crisis meeting at the Interior Ministry in Paris before leaving.

Crown Princess Mary and Crown Prince Frederik were on a three day visit to Japan in order to promote Greenland, March 26-28. The first stop, on March 26, was Kyu Asakurake Jutaku garden (a traditional Japanese garden) to meet young Japanese students, and teachers (pink animal print coat and pants). The next day, March 27, they took a boat cruise during their inspection of the planned sites of the 2020 Tokyo Olympic and Paralympic Games facilities, before viewing and officially opening the exhibition “Spiritual Greenland” (cherry blossom dress) – they were joined at the exhibition opening by Princess Takamado and her daughter Princess Tsuguko.

On March 28, the Crown Prince couple visited a fashion school to observe a workshop for seal skin fashion products as well as watching a seal skin fashion show by Danish designer Jesper Hovring (blue dress). They also walked through Tokyo’s Shibuya district and inspected a cardboard igloo near the Danish embassy. They met with Emperor Akihito and Empress Michiko. The final stop on their trip was a dinner with Crown Prince Naruhito at the Akasaka Palace (maroon dress).

Mary looked very pretty on this trip. I’m in love with the cherry blossom dress, and I think she looked very sleek and classic in the blue dress and the maroon dress.

On March 26, Camilla, Duchess of Cornwall and Prince Charles attended a reception to launch the ‘Travels to My Elephant’ Rickshaw Race – which will see participants drive 500 kilometres across India to highlight the plight of the endangered Asian Elephant. After greeting the participants, Charles and Camilla went outside to view two motorized rickshaws that have been decorated by fashion designers and will be auctioned off later. The royal couple actually got in one and rode around. The race, and Charles and Camilla’s participation, is in memory of Camilla’s late brother, Mark Shand, who died last year. Camilla wore her blue Dior dress (minus the jacket) she debuted just the week before in Kentucky, a blue patterned scarf, and her dragonfly brooches.

Queen Margrethe is celebrating her 75th birthday in April, and part of the celebrations include an exhibit of her fashion over the years – “Her Majesty the Queen 75 years – a costume cavalcade” – at the Museum of National History at Frederiksborg Castle. On March 25, Margrethe viewed the exhibit.