Sophie, Countess of Wessex talks what she learned from the Queen to Harper’s Bazaar UK

Sophie, Countess of Wessex has given an interview to Harper’s Bazaar UK not only in celebration of her upcoming 50th birthday on January 20 but to promote her patronage of the London College of Fashion and their “Better Lives” campaign. Sophie became patron in 2013, marking the first time a royal has been patron of the College. 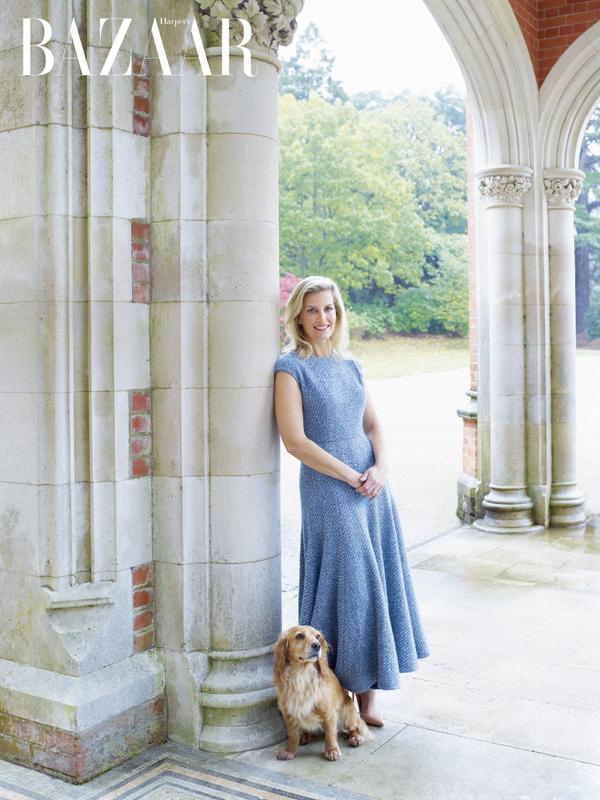 Sophie was interviewed by Justine Picardie, Editor-in-chief of Harper’s Bazaar UK, at Buckingham Palace, and photographed by Henry Bourne at the Wessex home, Bagshot Park.

Go here to read the full article. Some highlights:

“What they’re doing is teaching women [in prison] seamstressing skills, as we don’t have enough seamstresses in this country; and then finding work for them when they leave prison, so they can actually go out and get a job… I think a lot of people have the impression that if you go to fashion college, you’re just learning how to design and make clothes, and of course, that’s an important element, but alongside that is the process of how to create a business, how to market designs and how to sell ideas to buyers – the students have to understand all of it.”

On her son, James, being admitted to Great Ormond Street Hospital:

“I don’t recommend that to anyone. He was six weeks old, and we went through 24 hours of tests, which wasn’t much fun for him. Trying to fill 10 phials of blood from a tiny baby isn’t easy. We were lucky because it was caught so early, he didn’t suffer any lasting effect… But some children aren’t so lucky, and by the time they end up in Great Ormond Street they are in a seriously bad way, and have to be fed via an intravenous method because their stomachs are so damaged.”

What she’s learned from the Queen:

“It doesn’t matter how tired you are – carry on. In the early days, I used to rush around as quickly as I could, but when you observe the Queen, she does things in such a measured way, and I hope I’ve learnt to try not to bounce into the room, but do things in a slightly more elegant way.”

She had to learn to talk to people:

“The art of talking meaningfully is one that has to be learnt. It’s hard to make people feel that the conversation you’ve had with them was worthwhile, but the Queen is very good at that – she makes everybody feel very special.”

The Queen’s sense of duty:

“The Queen would never let anybody down, and that means that you feel the same way. Because there’s that part of her which I’m sure is like the proverbial stick of rock: if you cut her, the word ‘service’ would just run through her.”

I actually didn’t know about James’ health scare; that’s quite terrifying. Good thing they caught it early and he was fine. I like that she mentioned the College teaching students about the business side of things; and I like that Picardie used those quotes first, drawing attention to them, before going into the stuff about the Queen. Apparently Sophie is friends with Picardie and that’s why she granted her the interview, but I must say I’m glad Sophie gave the interview. She got to promote her patronage, but also gave us a glimpse into her life, which is rare and delightful. Sophie speaks well and intelligently about her patronages, and one can tell she knows what they do and their importance. There are more quotes in the article; it’s definitely worth reading the whole thing.

The article appears in the February 2015 issue of Harper’s Bazaar UK, on newsstands January 2.

Here are some photos from when Sophie visited the London College of Fashion back in November. 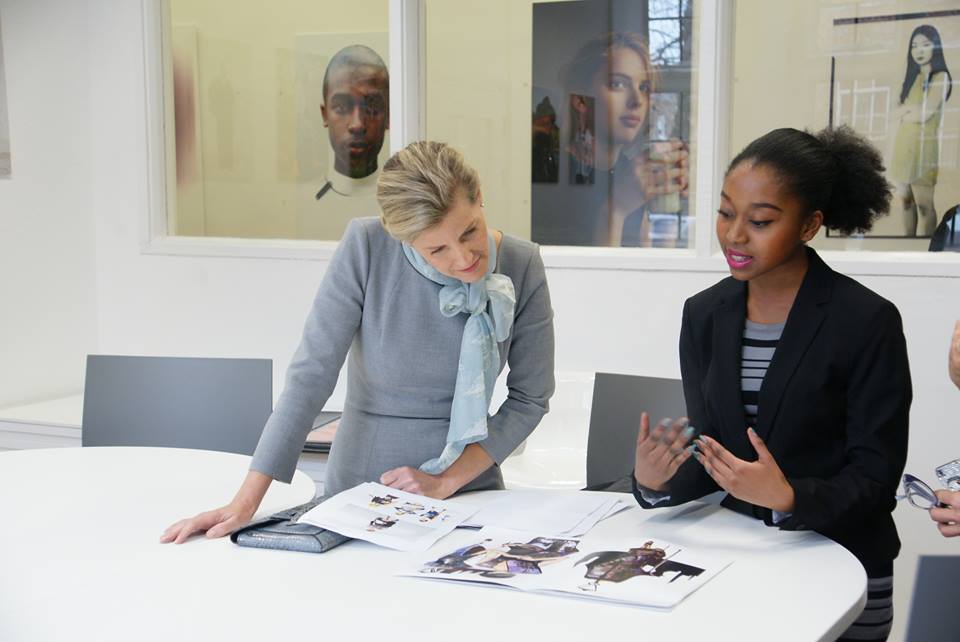 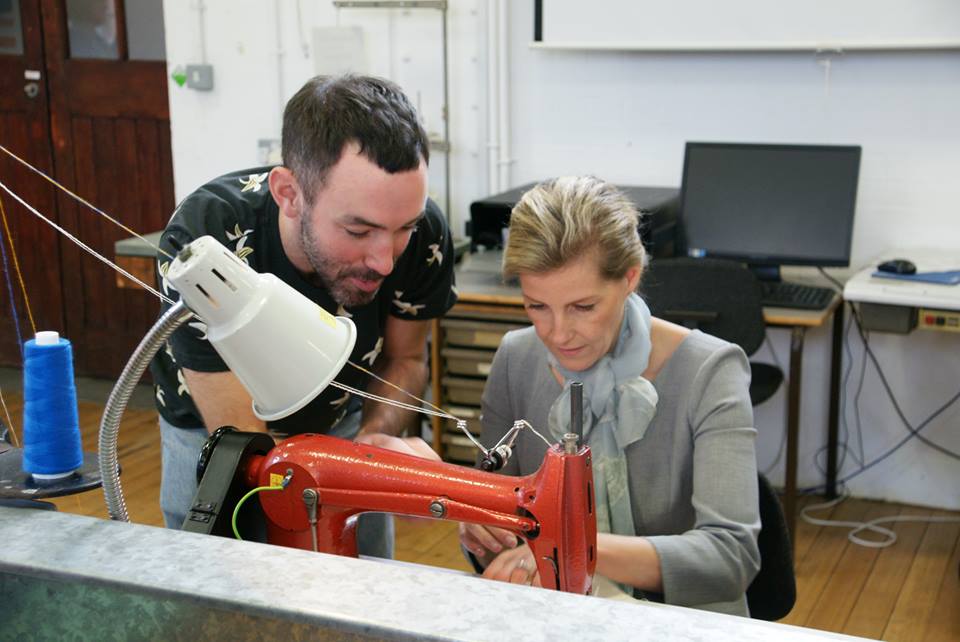 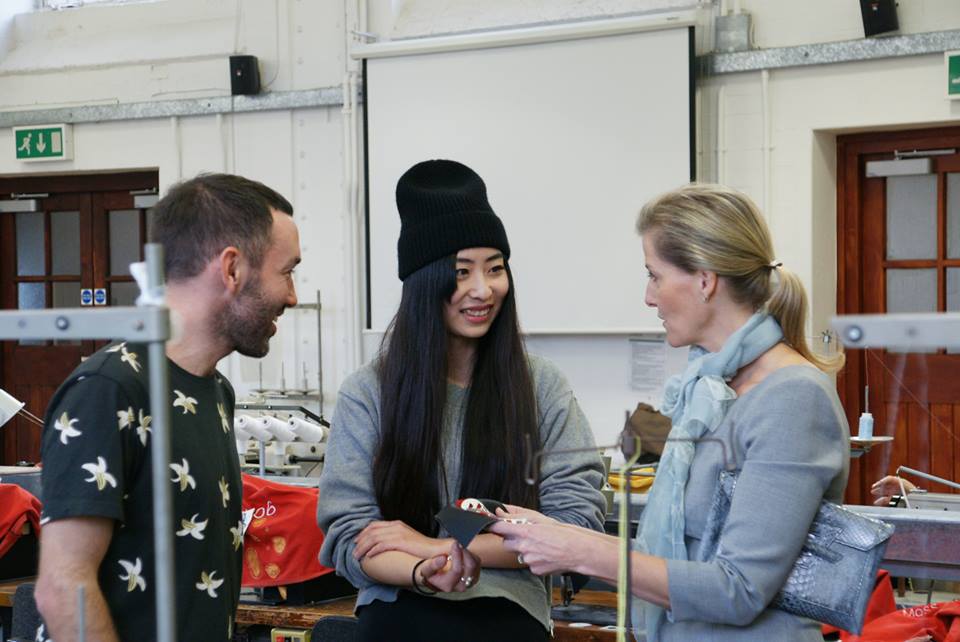 12 thoughts on “Sophie, Countess of Wessex talks what she learned from the Queen to Harper’s Bazaar UK”