Remember Jacintha Saldanha? The night nurse at King Edward VII Hospital who committed suicide just days after being the victim of a prank call by two Australian DJs when they pretended to be the Queen and Prince Charles in an effort to get information about then-pregnant-with-George Kate Middleton? It’s been two years since Saldanha’s suicide, and her husband, Ben Barboza, has given an interview to the Daily Mail’s Mail on Sunday in which he revealed Prince William wrote him a condolence letter three weeks after Saldanha’s death.

William’s letter was written on New Year’s Day, three weeks after Saldanha’s death, while he was stationed on Anglesey. It reads:

I just wanted to write on behalf of Catherine and myself to say how sorry we were to hear about Jacintha. It is unbelievably sad and we both extend to you and your family our deepest condolences. It must be a very difficult time for you all with many questions and thoughts, but we both pray that things will get easier for you.

We were both very shocked to hear about Jacintha and have been thinking about her a lot recently. Many of the nurses in the hospital spoke highly of her and I’m sure you know how great a nurse she was. Jacintha, and her colleagues, looked after us both extremely well, and I am just so sorry that someone who cared for others so much found themselves in such a desperate situation.

This letter comes with my thoughts and prayers to you all.

Sarah, Duchess of York also wrote condolence letters to Saldanha’s children signed by her and Princess Beatrice and Princess Eugenie.

In the Mail on Sunday article, Keith Vaz, the MP for Leicester East, who has been helping the Saldanha family, said William and Kate had taken an enormous interest in the family’s plight and asked to be kept updated. Saying also: “The concern and sympathy the Royal couple have shown is just outstanding. Mr Barboza is extremely grateful.”

I’ve only covered the parts relating to the royals, but to read all of Barboza’s thoughts about his late wife and her tragic death, as well as his anger toward the DJs who committed the prank call and his blame of the hospital for not properly checking up on her, go here.

Not to be an a-hole, but because we all know Will and Kate tend to take the easy way out and lie about things, I was immediately questioning whether William actually wrote the letter or not, because there was no picture of the letter in the Mail article. But I read threw some of the comments on the article and multiple comments mention how horrible William’s handwriting is, so pictures of the letter must have been in the original article – it’s been updated now. While the photos of the letters are no longer in the article, I was able to find them, and yes William did hand-write the letter himself.

I think this was a wonderful thing to do and shows a human side to William that we don’t often see. But most importantly, it made Barboza feel better after his tragic loss. So good on William for doing the decent thing and writing this letter – and actually taking the time to write it by hand. It’s the least he could do after what happened.

Below are pictures of William’s letter and Sarah, Duchess of York’s letter. 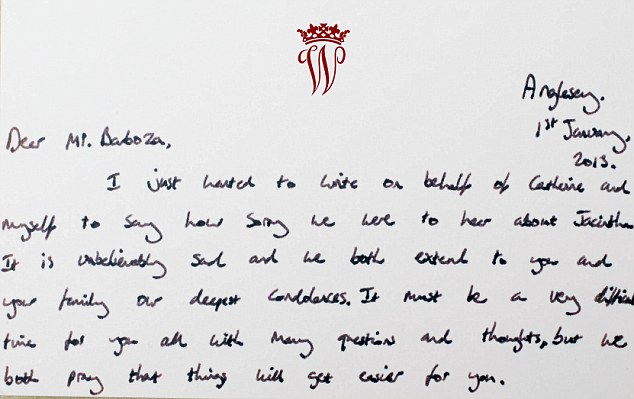 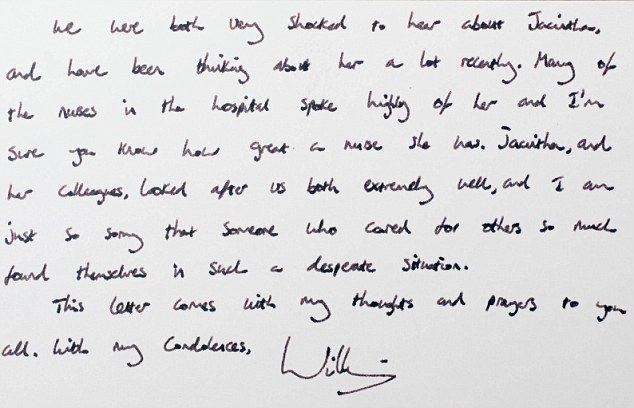 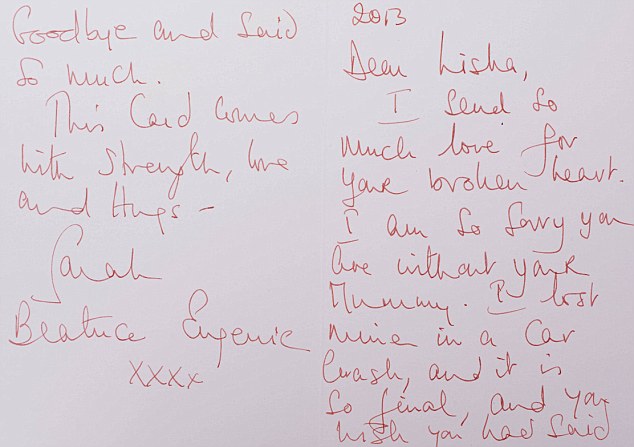